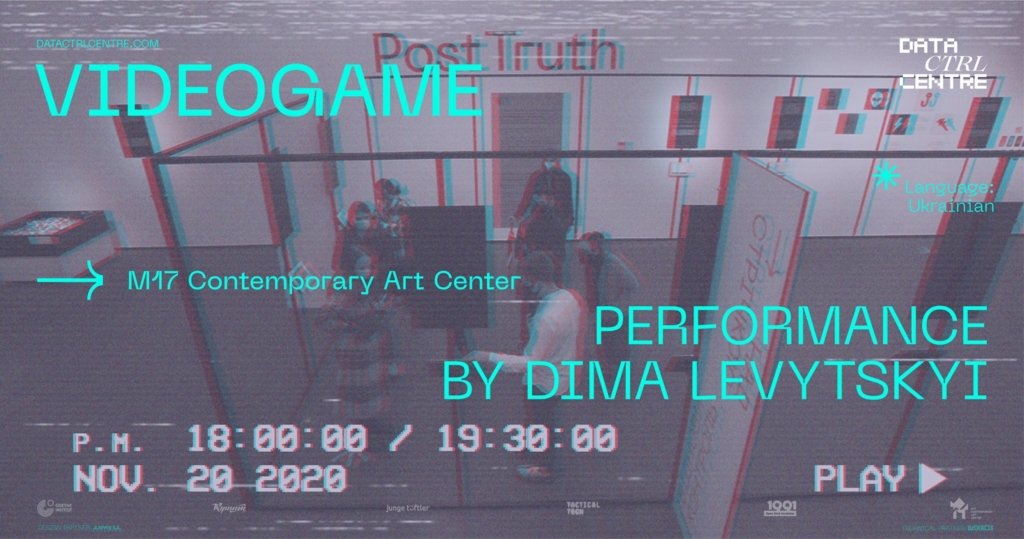 Call for Participation! Become a part of the Performance: Videogame

The Performance will take place on November 20 at the M17 Contemporary Art Center at 18:00 and 19:30 – you can choose a suitable time for yourself.

We are looking for people who are interested in to take part in a performance, find the link for registration below.

As Canadian media philosopher Marshall McLuhan said, the medium is the message. A video camera is one of the most common and familiar ways of collecting data around the world. When we see a video camera in the urban space, indoors or outdoors, or in the hands of security personnel, we understand that the camera collects information about us, recording our face, our actions, and general activity.

In this project, we want to problematize issues of public safety and privacy associated with video surveillance. We would like to focus our attention on the question: “Who controls the video camera?” and “Whose hands hold the camera?”

We believe that by destroying the image of a video camera as solely a surveillance medium, we thereby create a truly safe space where there is no place for the watchdog’s gaze.

If you want to take part in the performance, please register here.

Dima LEVYTSKYI. Born in the city of Komsomolsk-on-Amur (RSFSR) in the late eighties. He studied art practices in the laboratory of Boris Yukhananov in the theatre “School of Performing Arts” (Moscow, 2010-2012). Co-founder of Pic pic (2016, Kyiv) which offers audio-guided walking tours. He is interested in facade signs, football politics, social media, clickability, and depression.

The event is part of the accompanying program of the exhibition Data CTRL Centre, implemented by the Goethe-Institut Ukraine in partnership with Kunsht (UA) and Tactical Tech (DE)