WARNING! Due to the full-scale war that russia launched against Ukraine, M17 Contemporary Art Center is temporarily closed. Take care of yourself and your loved ones! Glory to Ukraine!

From February 18 to March 17, the M17 Contemporary Art Centre hosts the exhibition of Hamlet Zinkovskyi “3652019 + ⅔”, which covers two series of graphics for 2019 and 2021, as well as new paintings by the artist and video work.

Gamlet Zinkivskyi is an ukrainian street and graphic artist from Kharkiv. He is known for his monochrome works, in which he combines graphic images and verbal expressions of everyday philosophical nature. Signed as “Gam let” (Ukrainian “Gomin let”), emphasizing the social orientation of their own work. In 2013, together with Zhanna Kadyrova and Mykola Ridnyi, he represented Ukraine at the 55th Venice Biennale. Since the same year, every two years, he has created a diary series of 365 works in Polaroid format each. The last two of them — “3652019” and “« “⅔” are now presented in M17 Contemporary Art Center. He believes that the task of his art is “to make people think about what they did not plan to think about.” 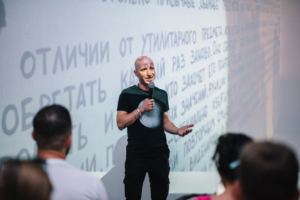 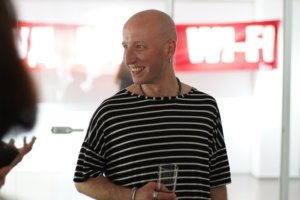 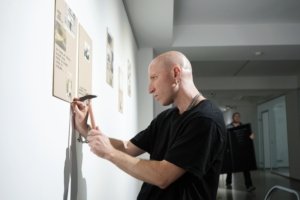 “Numbers, as those titling Gamlet Zinkivskyi’s new exhibition, have meaning — immanent or prescribed. 365 — a character denoting the number of days in a calendar year. Meanwhile, each of the three hundred sixty-five, or in general, stand for something personal — this was then, this happened after… Though a year can seem absent because there is no rescue and sleep in closing eyes, no revival, no awakening, and all is the same endless day. Alike deleting identical things for the economy of memory, such oblivion is resisted by writing — diary entries. This is a special mnemonic device consisting of two inevitable elements — a date and a memory.

A certain number, one day of three hundred sixty-five, and events, impressions, feelings pinned down to it, form a moment of being. Such a moment, when fixed, becomes sufficiently capacious in depth and width for second “living” in it. Though it is physically finite: paper ⅔, which Gamlet used, or regulative notes on digital platforms are always limited. And also, visual restrictiveness is inevitable as people operate only with signs — letters, which form sentences from words, — and with images, such as pictures, figures. In his practice, Gamlet Zinkivskyi uses both: visual is supplemented by textual, as if tightened by both into a solid unity. 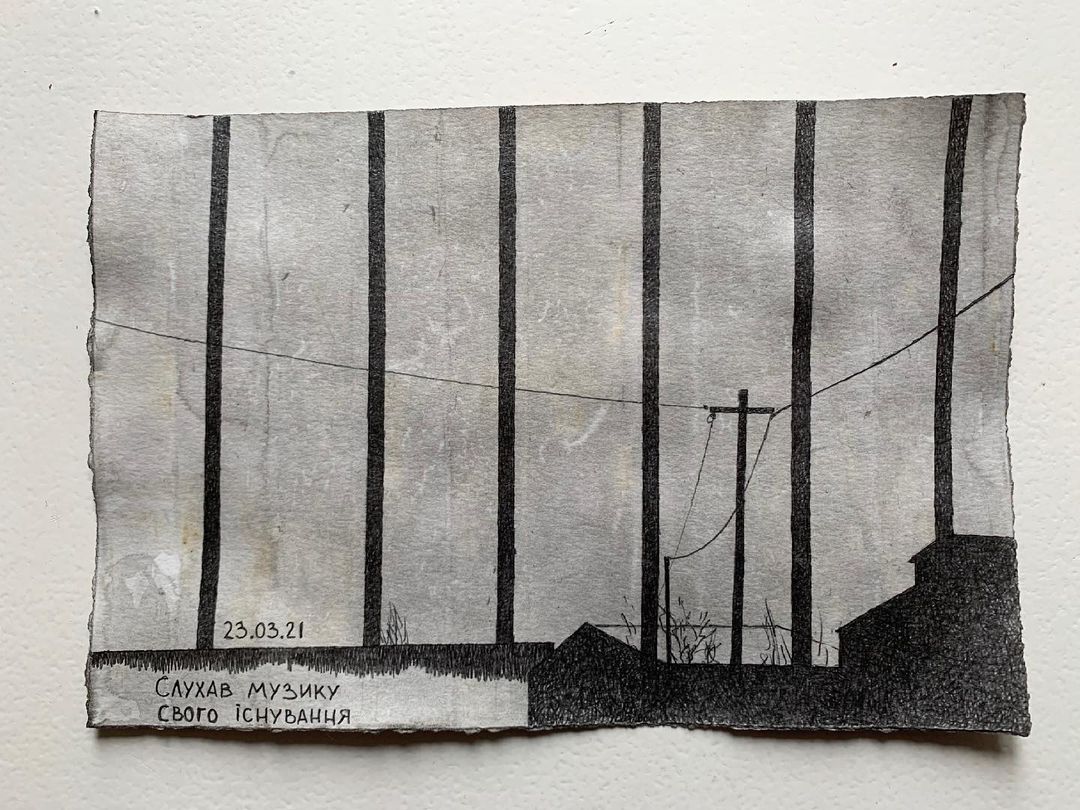 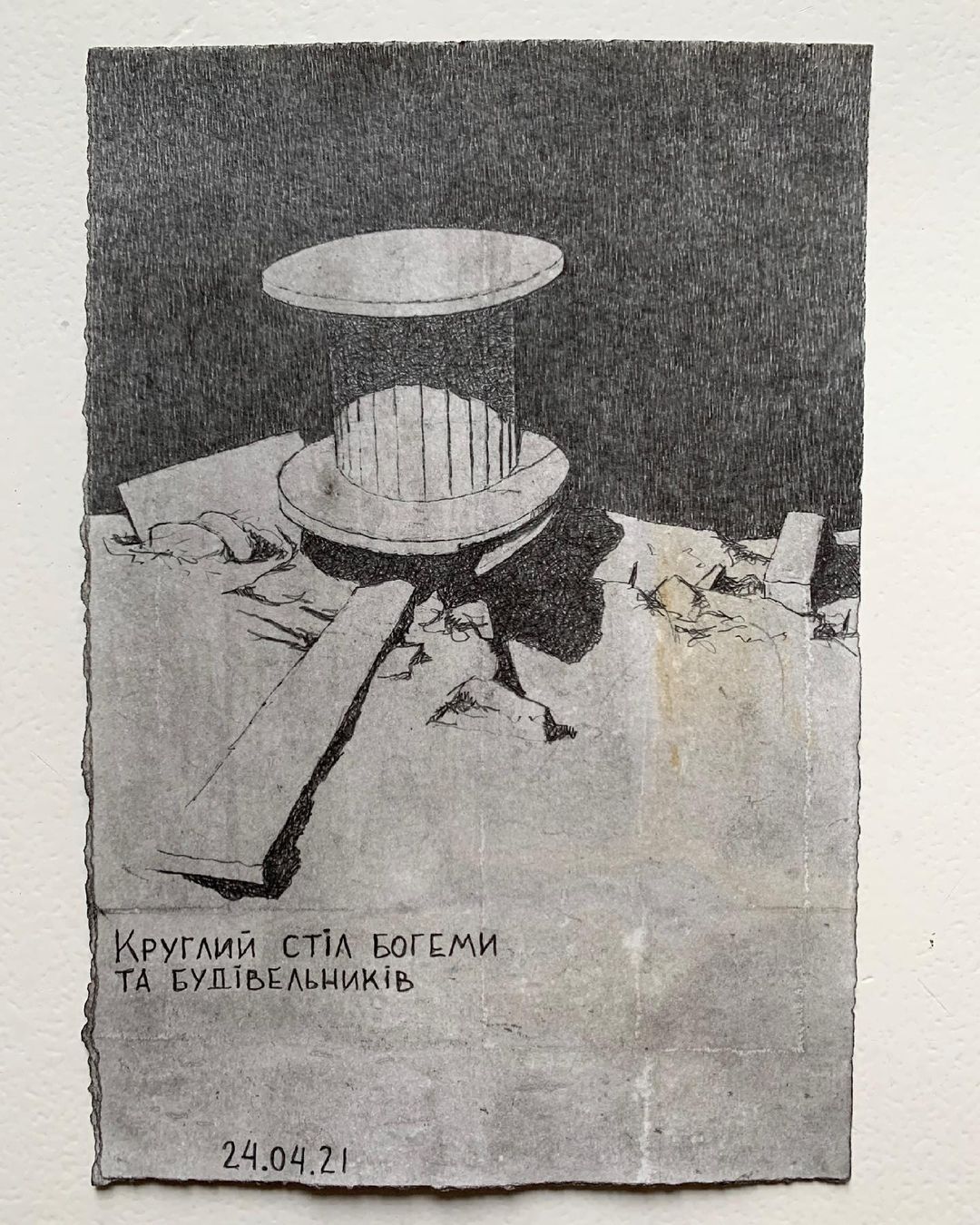 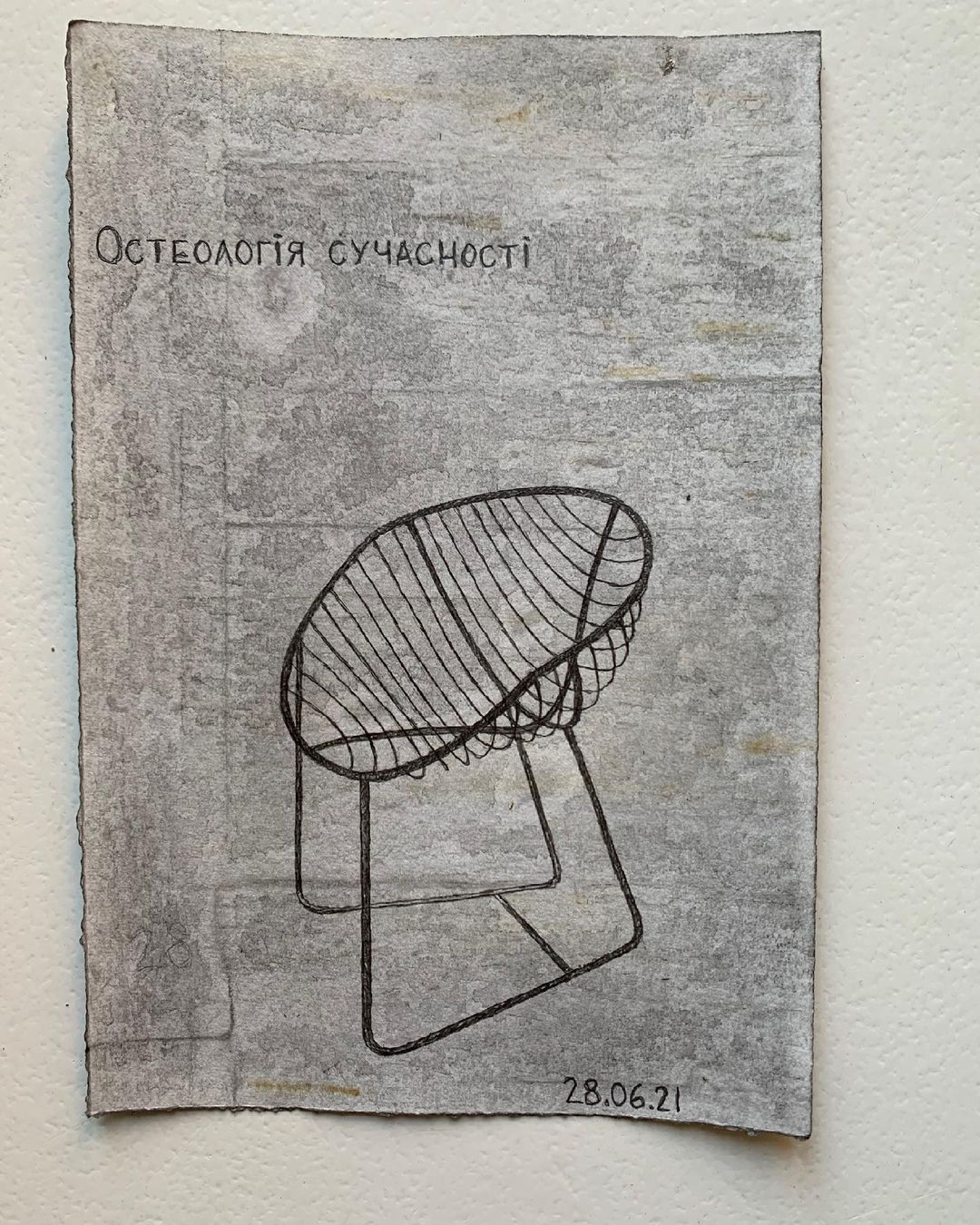 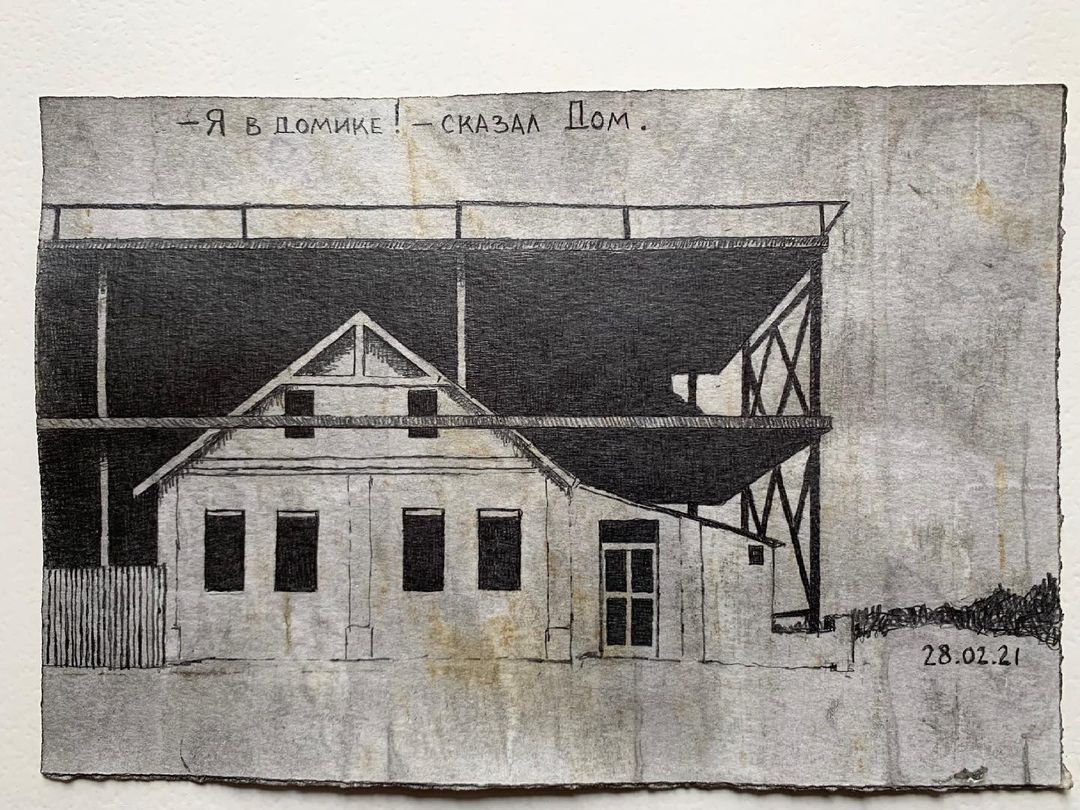 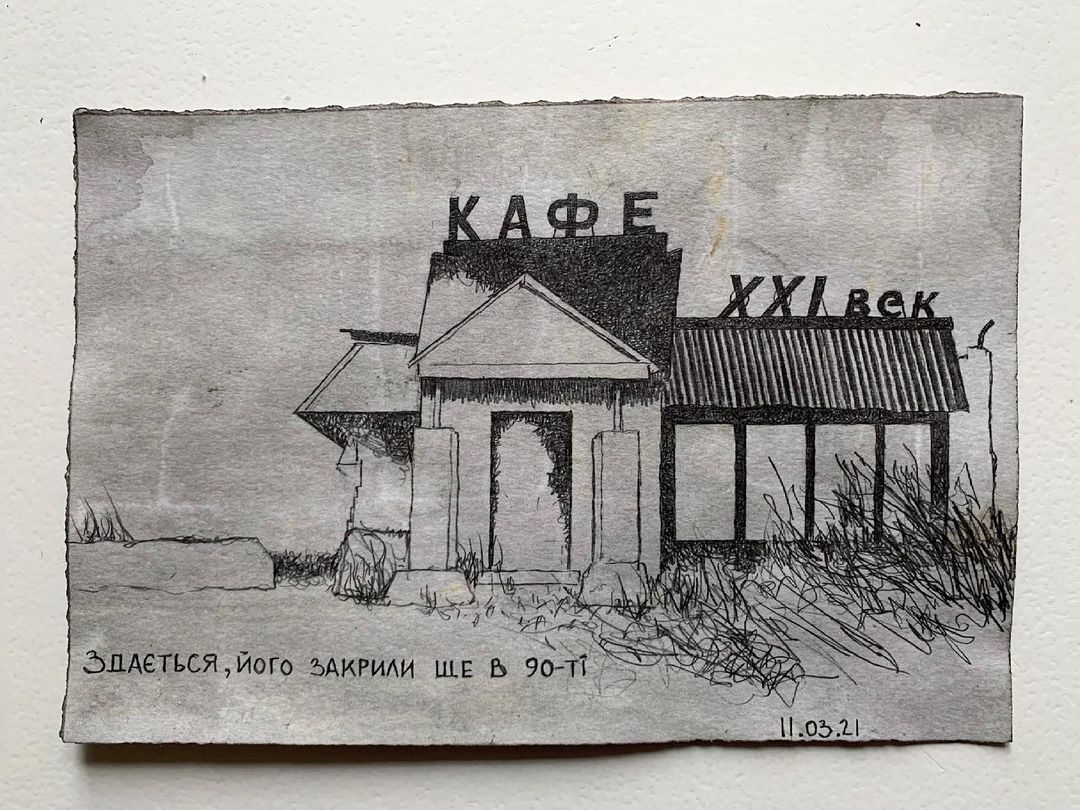 Unlike depository facilities — archives with their sewn truths, — diary entries are always addressed. Addressed to someone distant and other-world-ly, maybe to someone close, the closest — oneself. To store the time gone by to be remembered by the future, that is to write down the past to be read — this is the main function of diary entries. Whether it is a sign or an image or both, fixed and addressed it creates a story, multiple stories. All as one — not trustworthy for they are caused by memory of the past for the future and seen by a reader here, now.

365 days on sheets of size ⅔ contain one year. Placed on walls with a certain interval, they organize memory space. Though apart, each sheet of this public artist’s diary is a lieu de mémoire — site of memory. Attached to a specific day and person, nevertheless this memory intentionally becomes collective by virtue of its capacious signs and images used by Gamlet in this series. In the end, everything suddenly turns out to be relative, which means that the exchange of experiences is inevitable, and then it is impossible to say whether one’s own memory is inherent.”

Ticket price:
UAH 100 for adults;
UAH 70 for students and seniors.

You can buy them online or directly at the box office of the M17 Center.

Artists, cultural figures and ATO participants have free admission in case they can confirm their status.

All visitors must carry one of the following documents: COVID-19 vaccination status certificate (with two doses of vaccine documented), a negative PCR test, or an antigen test performed no later than 72 hours, a certificate of recovery after COVID-19 (obtained during the last 6 months). 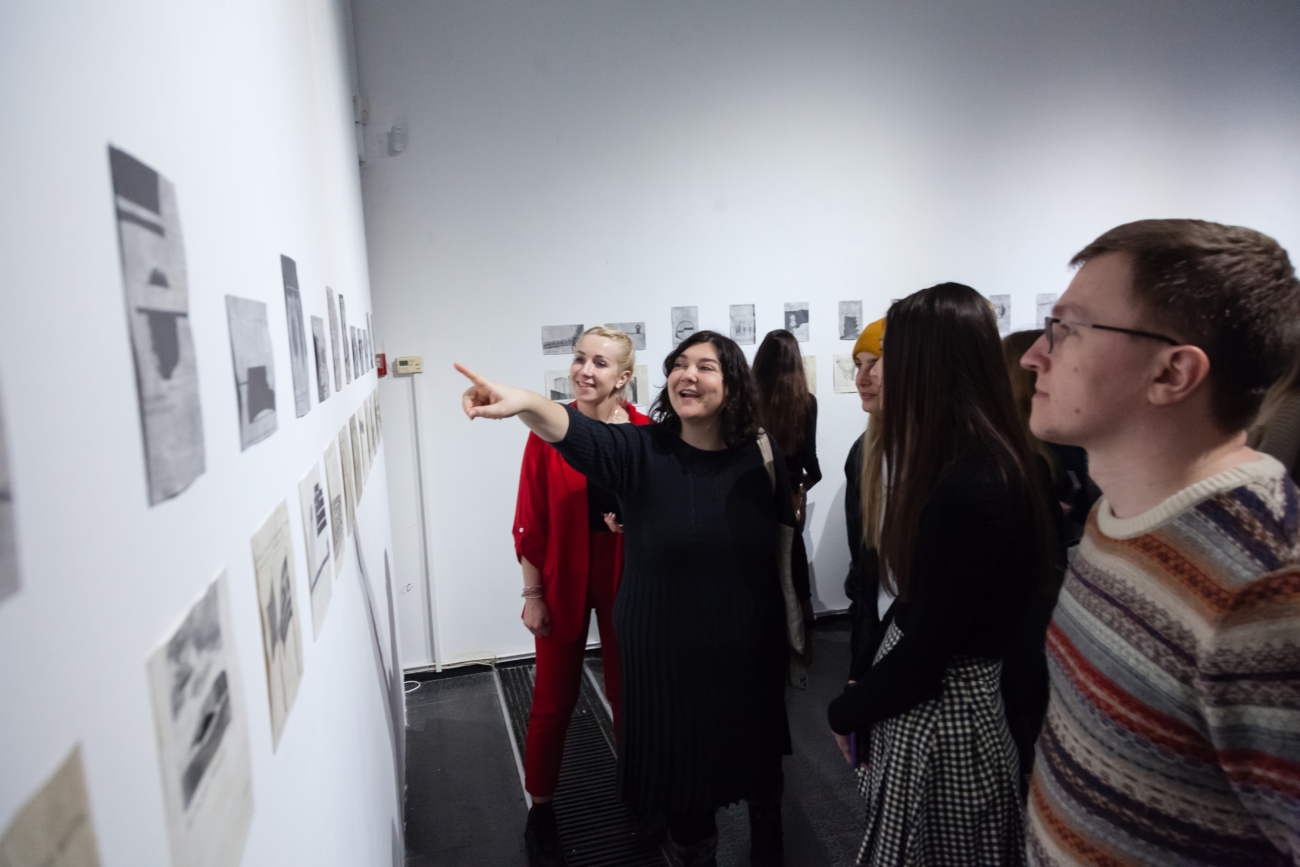 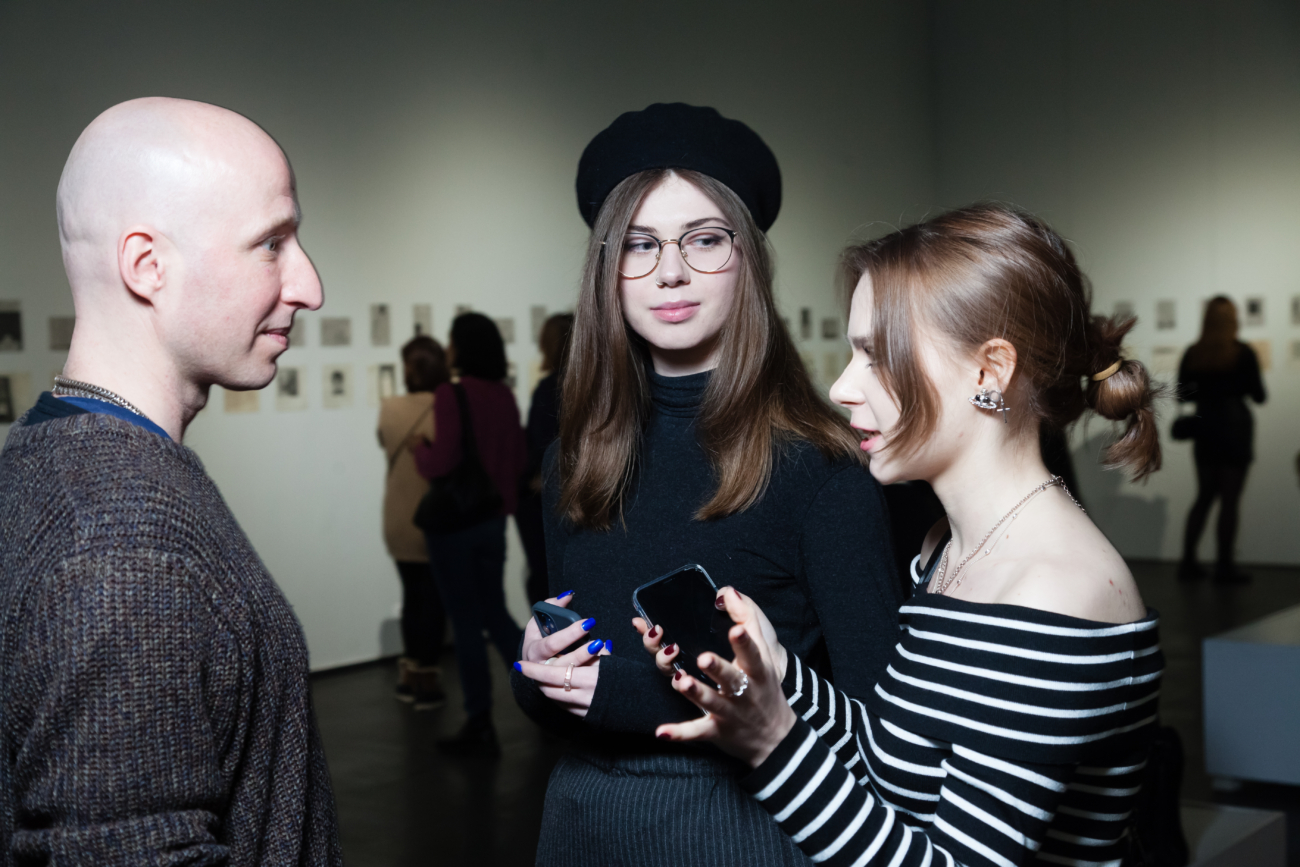 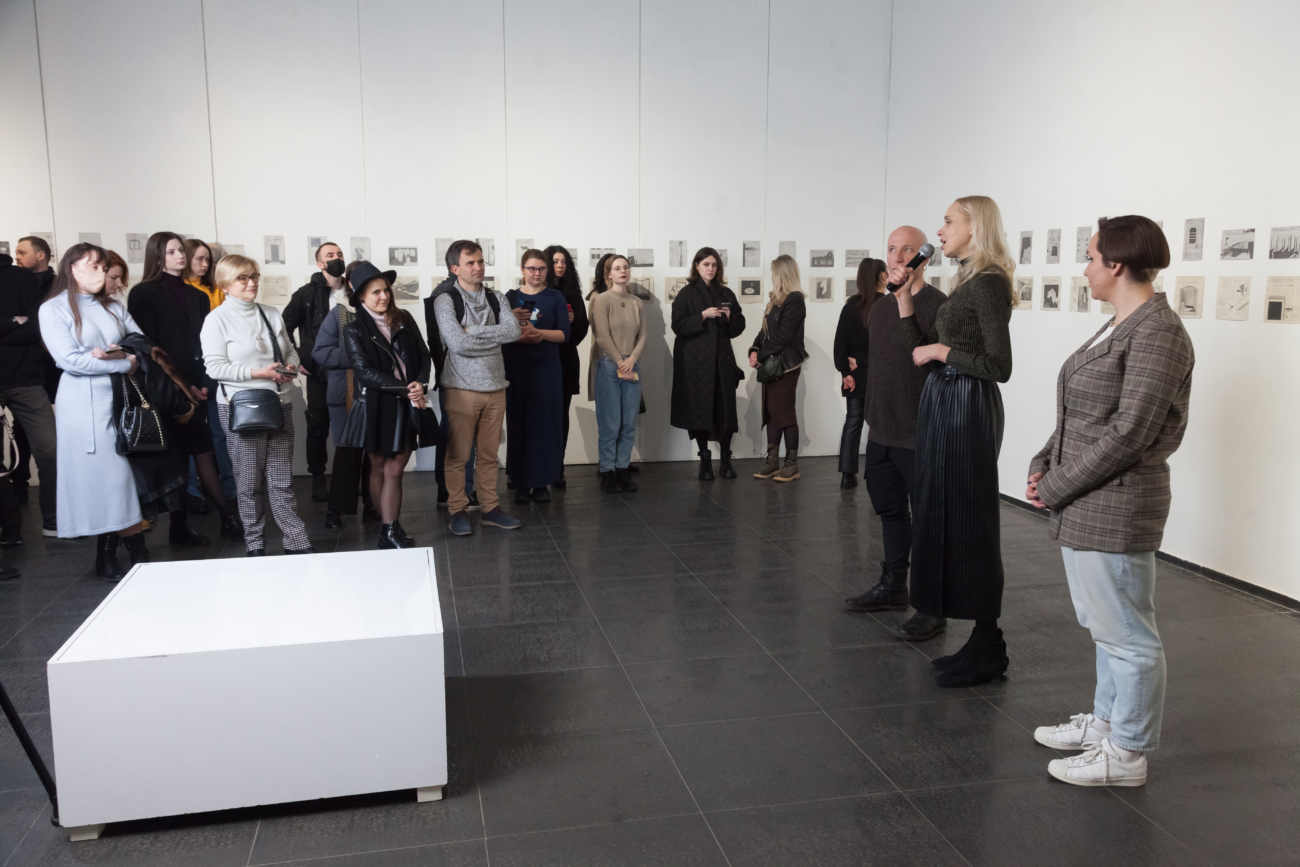 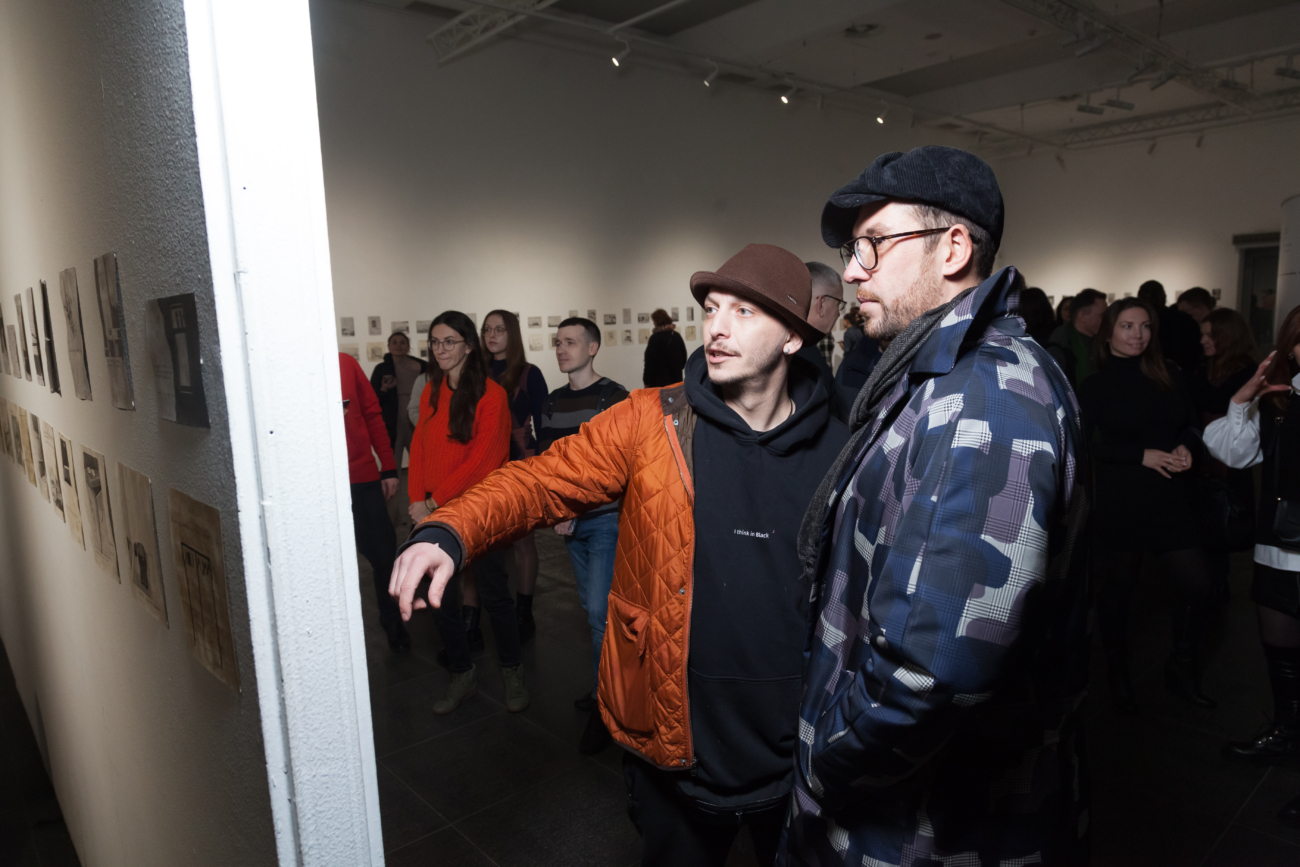 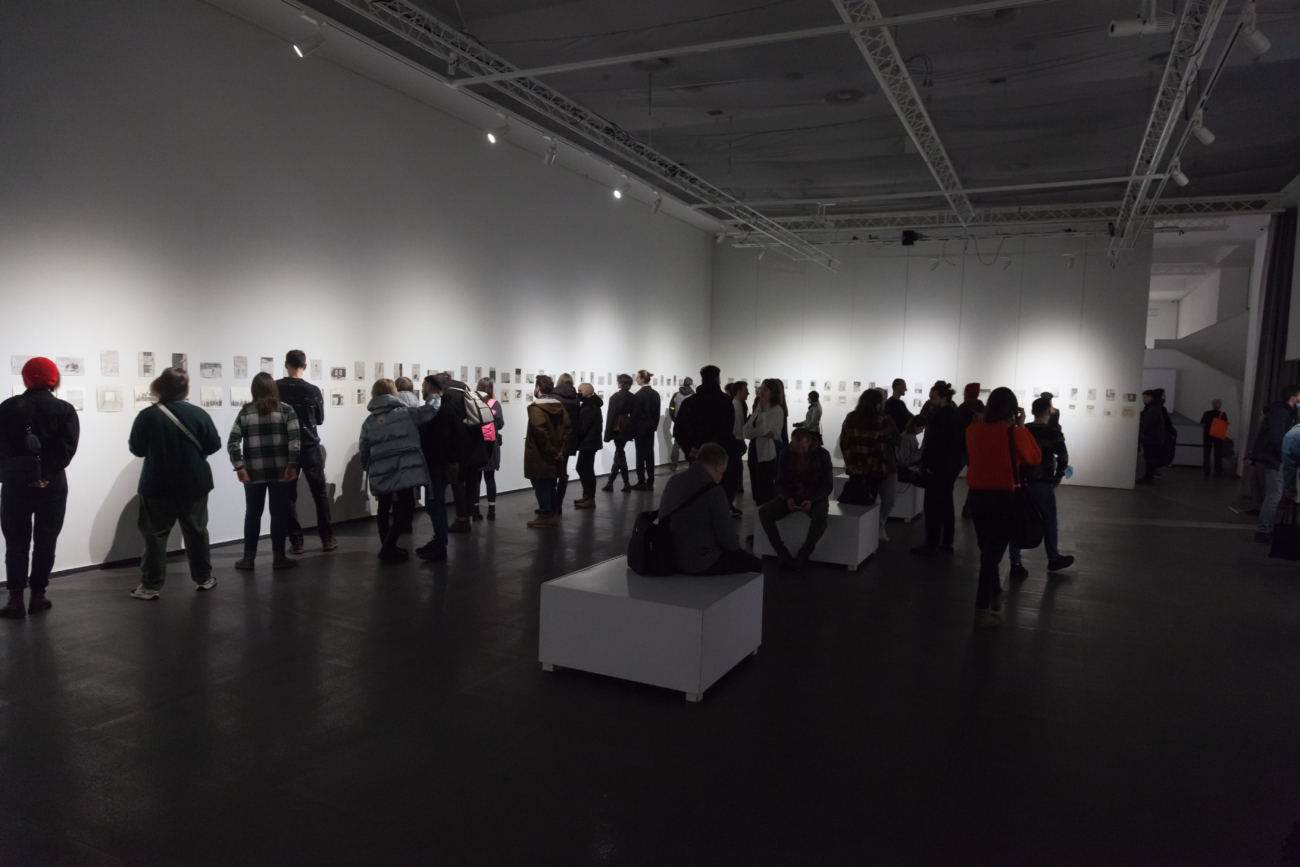 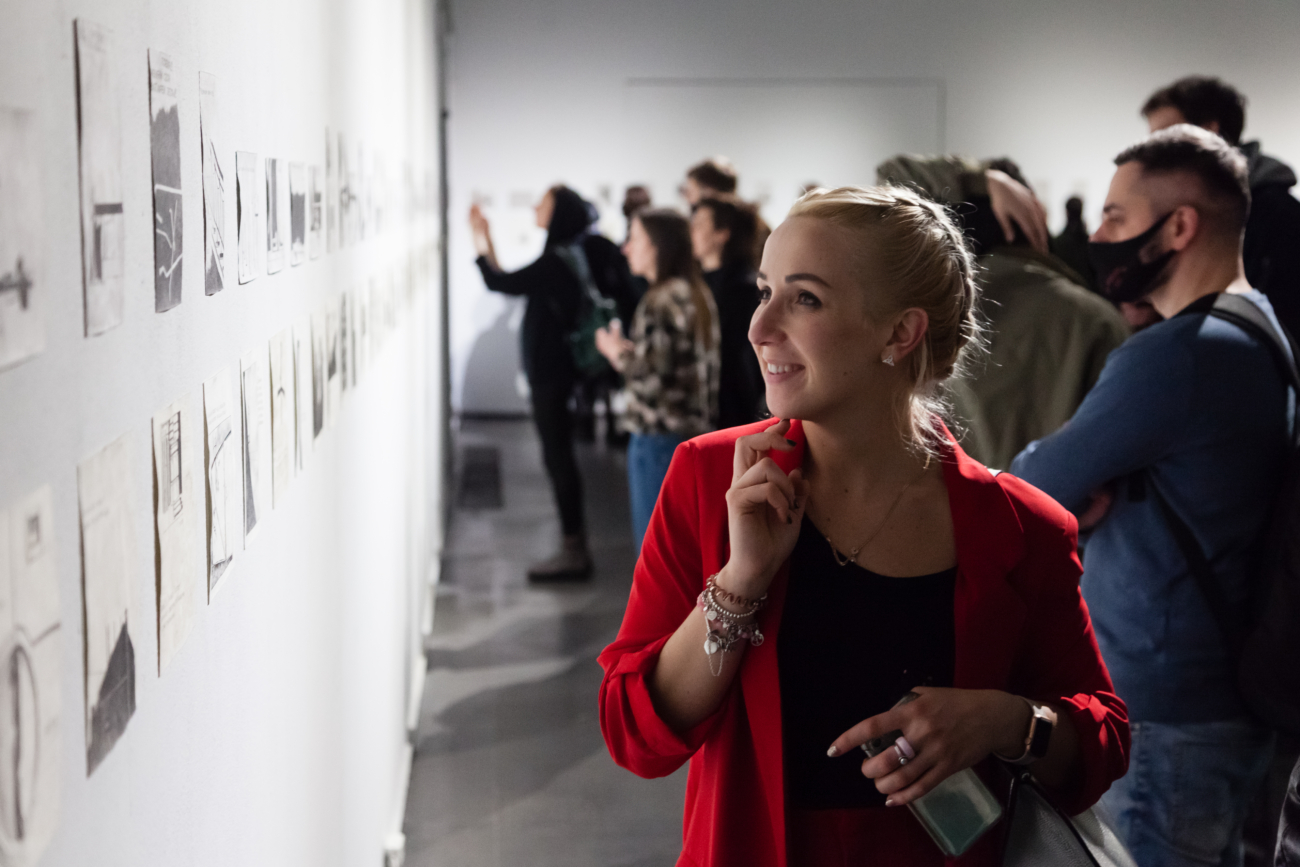 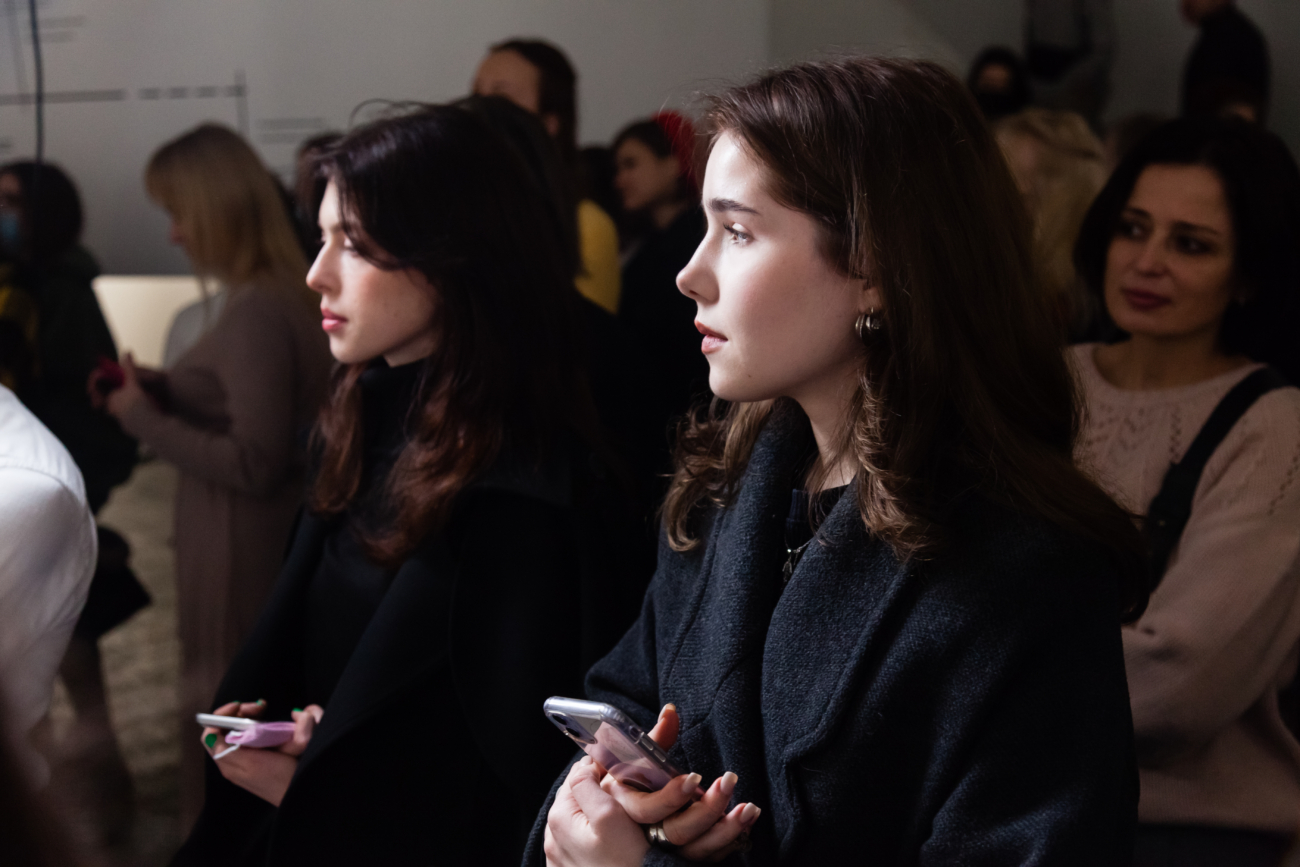 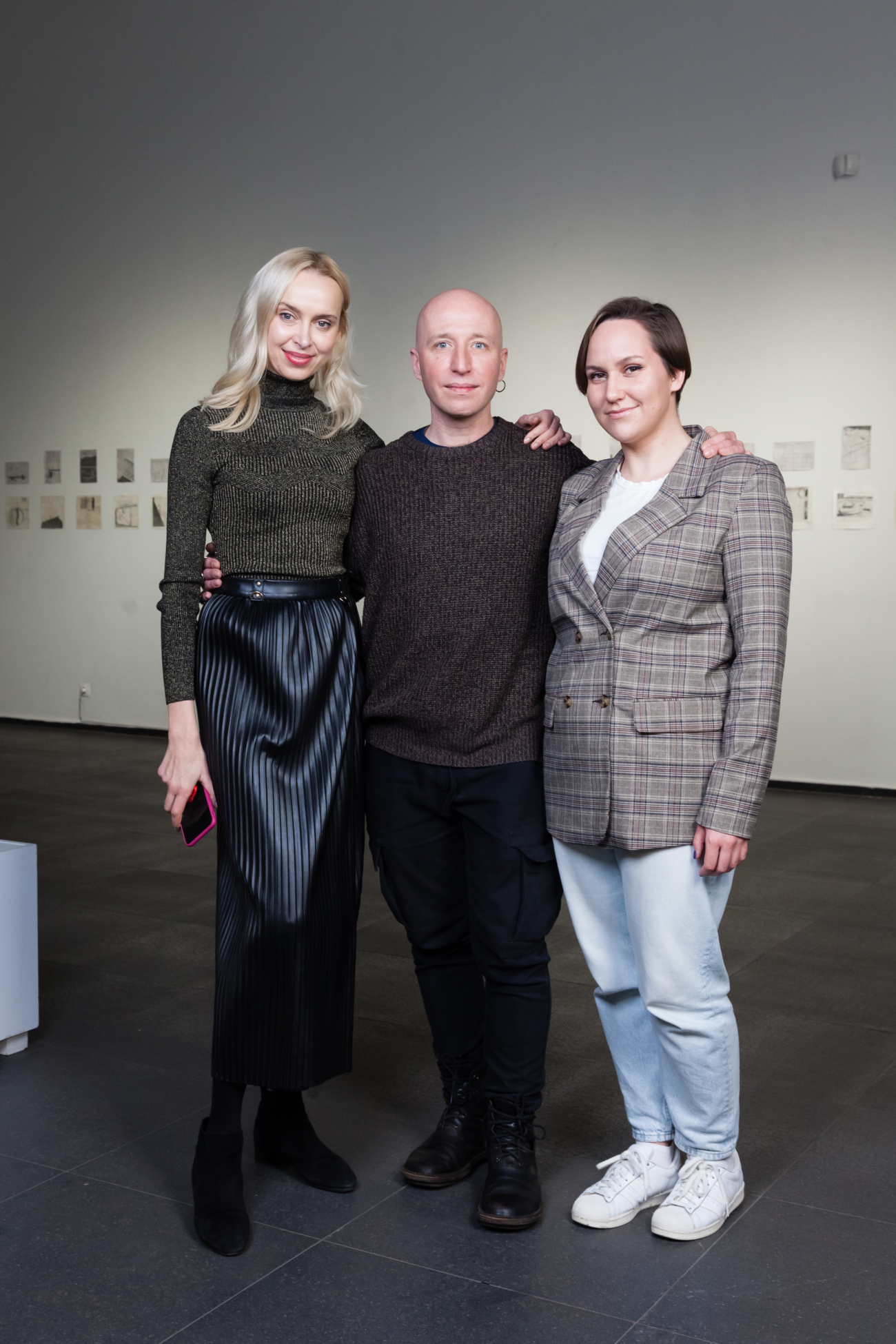 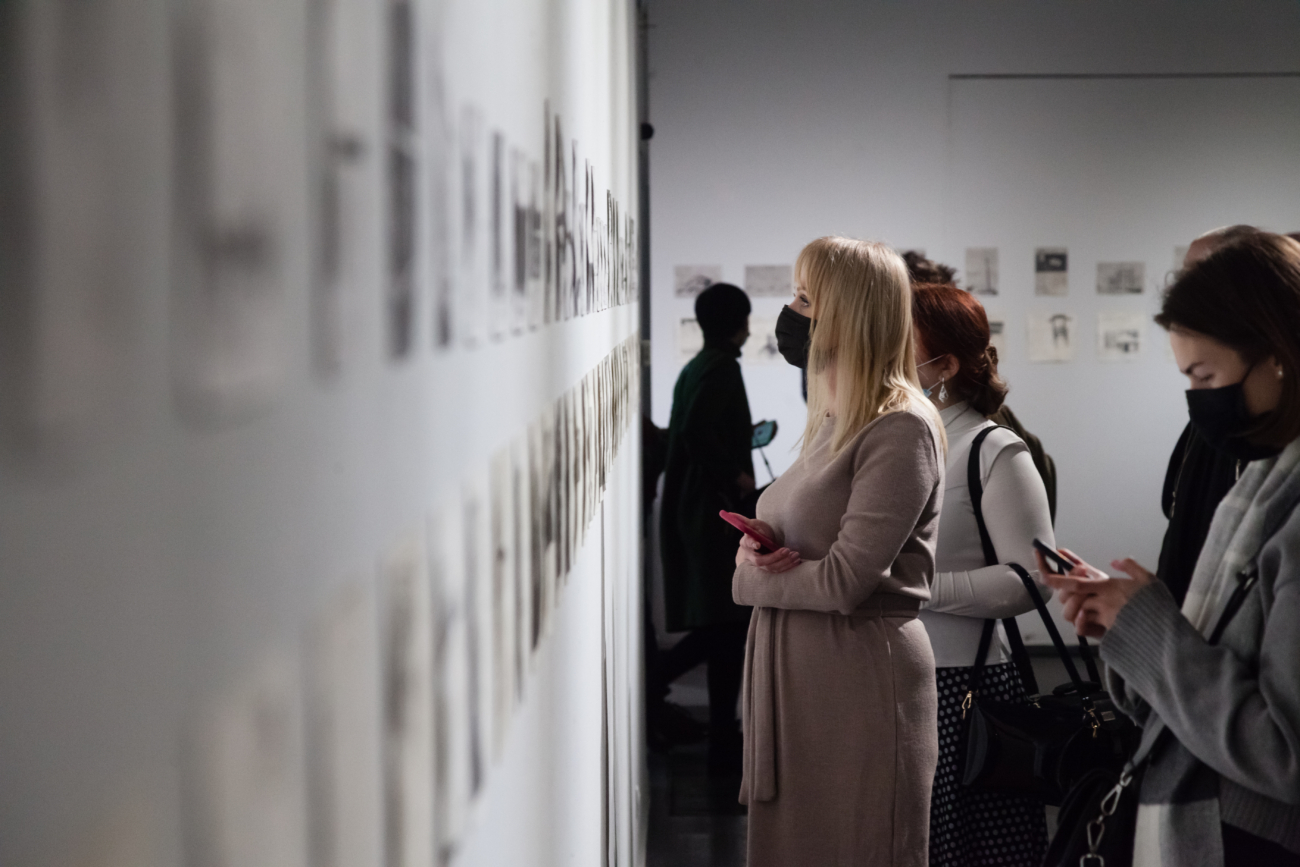