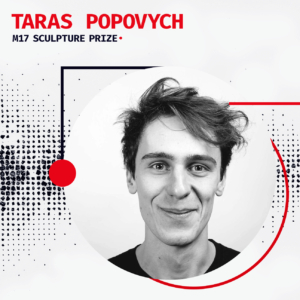 Taras was born in 1991 in Lviv. He obtained a master’s degree at Lviv National Academy of Arts at the Department of Monumental and Decorative Sculpture, and then studied theory and history of art there as a graduate student. However, this education is not enough for him for modern practices, so he is constantly expanding it with a variety of knowledge – then from design, then from media art, and even from entrepreneurship. Searching for the memory of the crossroads where he was influenced by the art of sculpture, Taras recalls his childhood and family influence as well.

“Maybe, it were parents. They always pushed me to think and do what I liked. Besides, my grandfather was a sculptor – I knew about this profession from childhood. ”

Taras Popovych’s sculptures are a constant search. He himself says that for him the process of creating works is like a game, “like a designer for children”, which he loves very much.

“This process does not bore, does not tire, and over time it is only more and more exciting. It is possible to implement any object. Everything is limited only by your imagination. And you invent a form that did not exist before – and this object becomes real. Magic!”

The results of Taras’ games are very different. Here are sculptures-symbols, in which the scale of meanings and images is much larger than the volume of material forms; and sculptures-mysteries, which have no counterparts, and are an attempt to expand our perception.

“The third dimension is an additional opportunity for an expression, the ability to use space and light. I like to work with it. ”

When asked about the fate of the aesthetic / social / political components in his work, Taras answers that his sculptures are first and foremost aesthetics. However, looking at the list of projects in which the sculptor participates, you immediately see: he is not the artist whose life is spent in the “ivory tower”. Thus, in 2015, together with other LNAM graduates, he founded the art group 162, which seeks to modernize the plastic language that “emanates” from public spaces. Within or outside this group, Taras does not prioritize exhibiting in galleries, exhibition venues for Ukraine are increasingly “non-standard”: hotel or park complex, fortress gallery, city square,

“Now I am very interested in sculpture in public space. There you can achieve great interaction with the audience.

In addition, in early 2020, Taras became the hero of the series “I change Ukraine” from BBC News Ukraine, where he told about his experience of unusual teaching: he teaches blind people the art of sculpture and, among other things, dreams of one day opening his school for the blind.

“Everything that happens in the life of a city, a country, personal, affects me, regardless of whether I want / think about it or not. And this influence of significant events is exactly what distinguishes me from the same artist in another part of the world. I think we can often say that the more significant events take place next to an artist who lives in Ukraine, the more Ukrainian art he gets. ”

Taras entered the shortlist of nominees for the M17 Sculpture Prize with the project “Labyrinth of Time”. 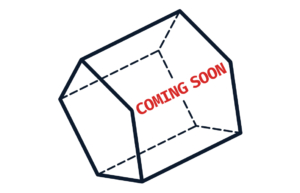 The author describes the concept of his project: “So far there is no answer as to why time is uninterrupted, but it is one-way and always flows from the past to the future. The difference between the past and the future is fundamental – in our sculpture, we will try to check it together with the viewer. According to the plan, if the viewer enters the consolidated labyrinth and wanders through it, for example, on December 1, 2020 at 9:00, and then returns on December 1, 2021 at 9:00, he will be able to see not only his reflection in 2021, but also myself a year before. ”

Kateryna Rai, an expert of the Award Selection Jury and curator of the M17 Sculpture Project, commented: “This is an interesting project that, in addition to the main topic, also develops issues that become more acute with the development of the Internet and the introduction of new technologies.” 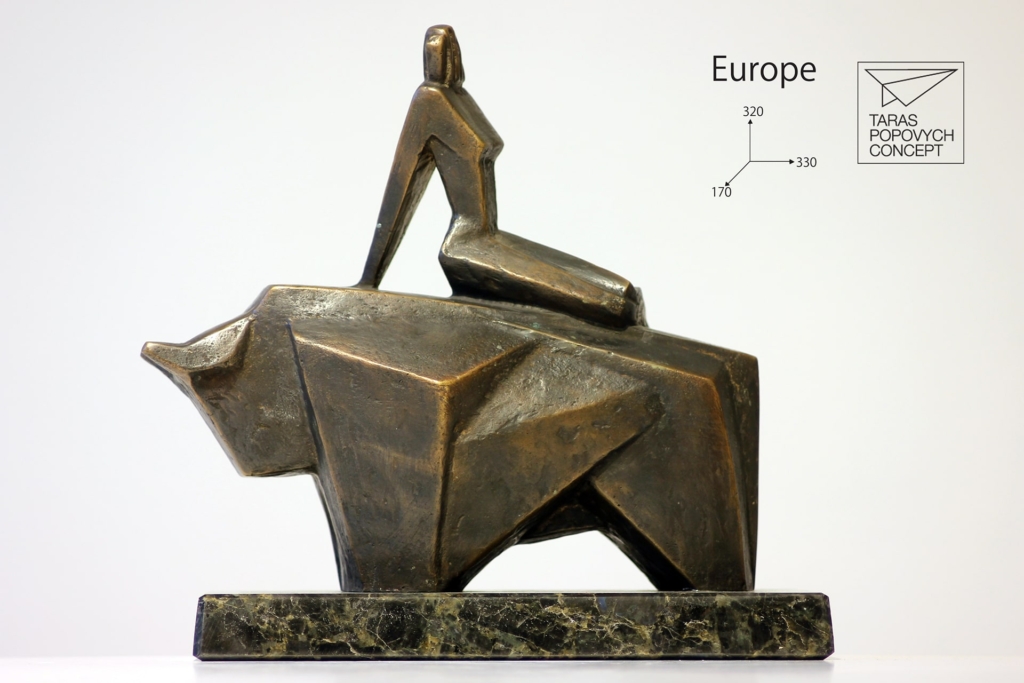 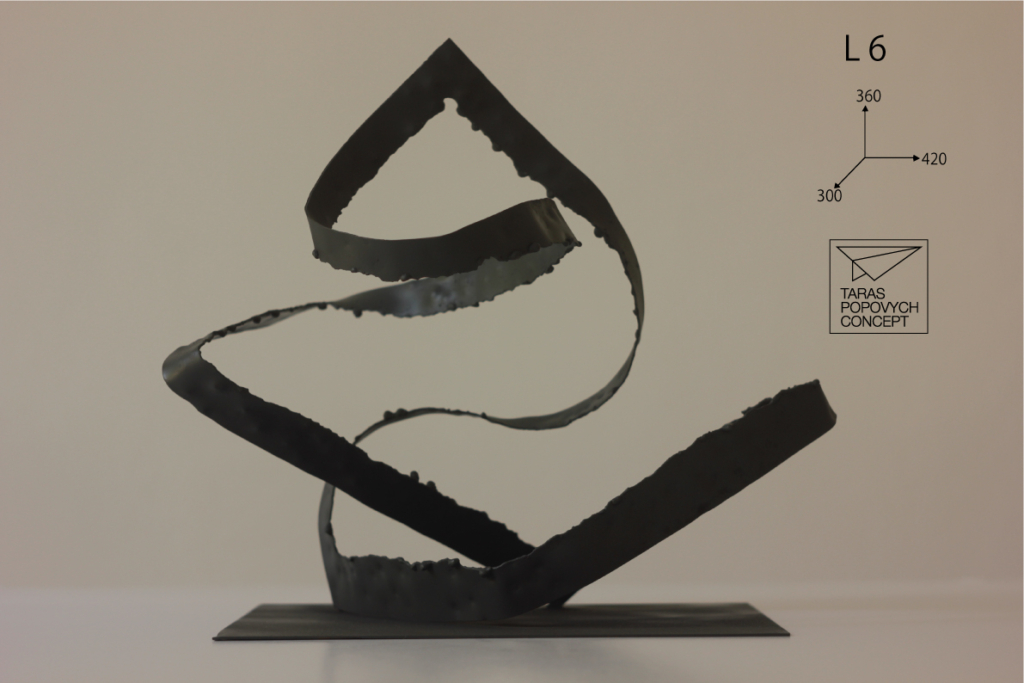 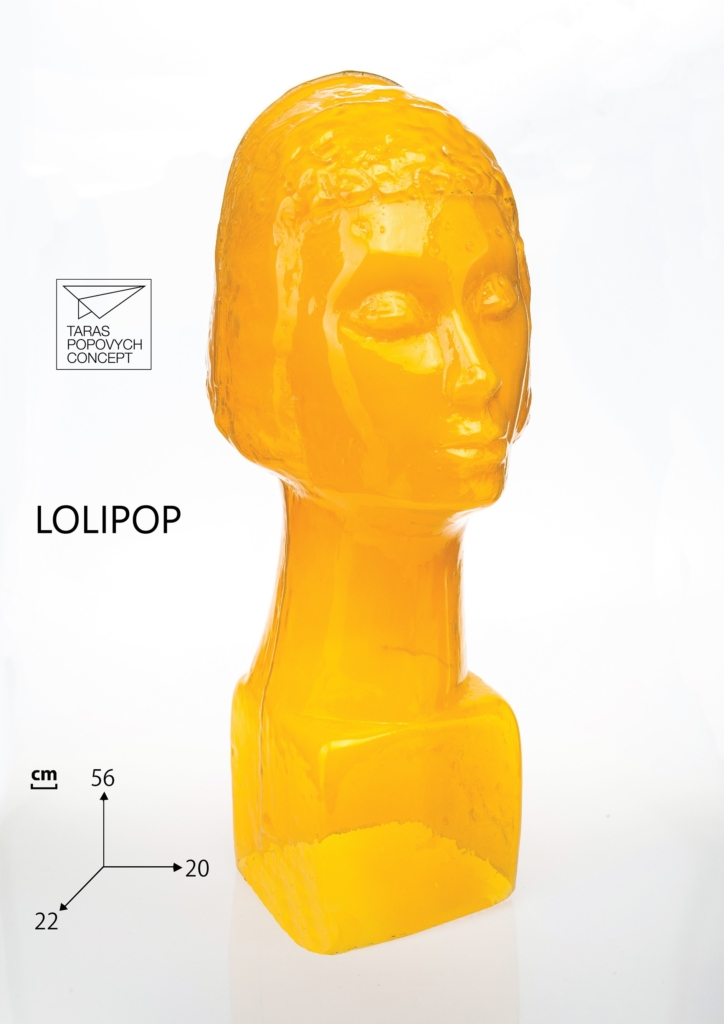 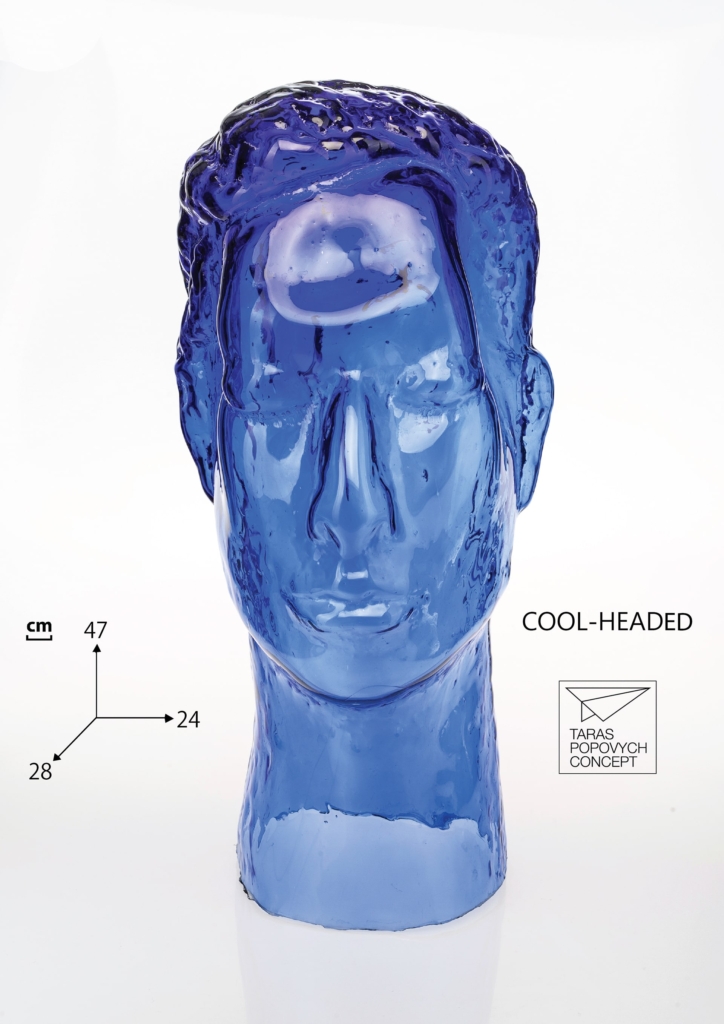 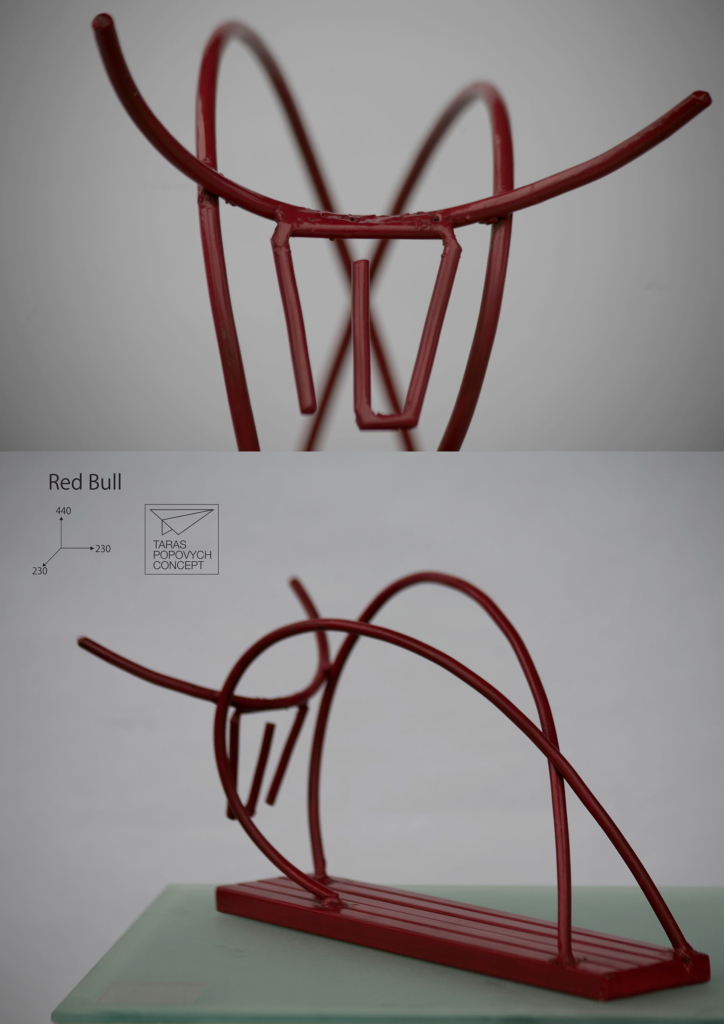 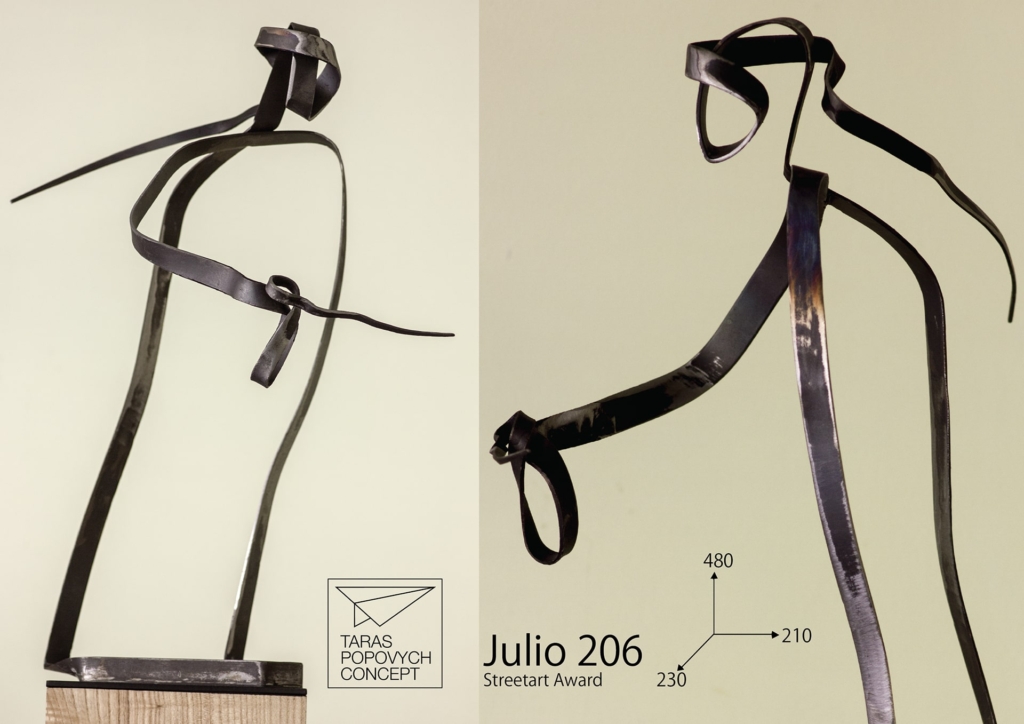 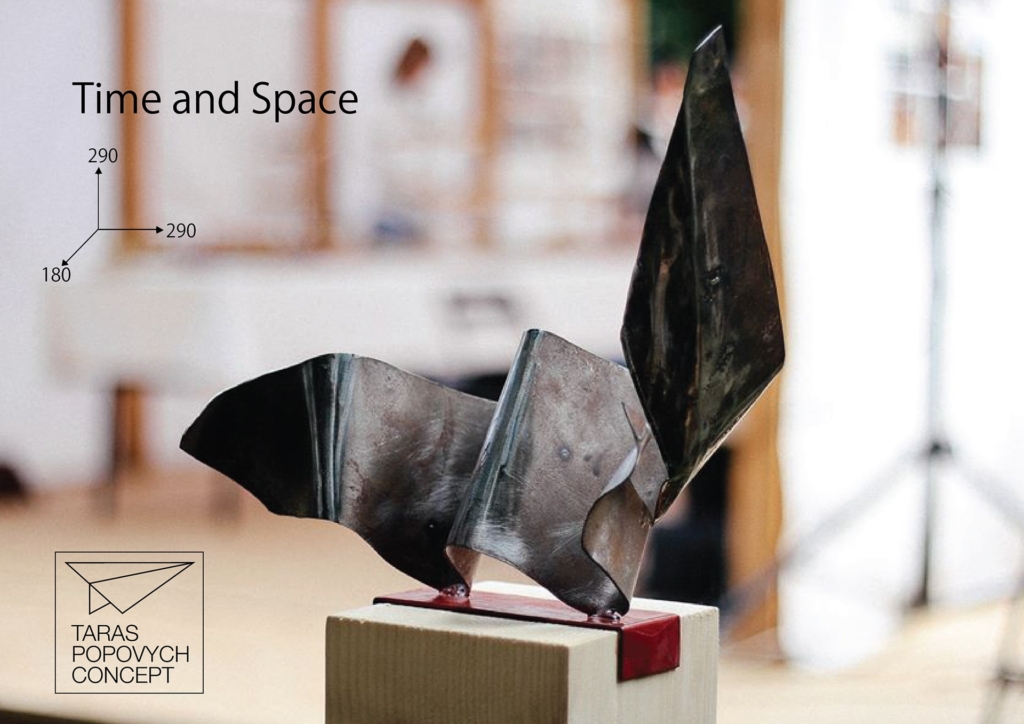 You will be able to see in what form Taras Popovych’s “Labyrinth of Time” will be embodied at the exhibition of works by M17 Sculpture Prize nominees :Roots and Pollen at CAC M17.

Other publications by M17 Sculpture Prize.