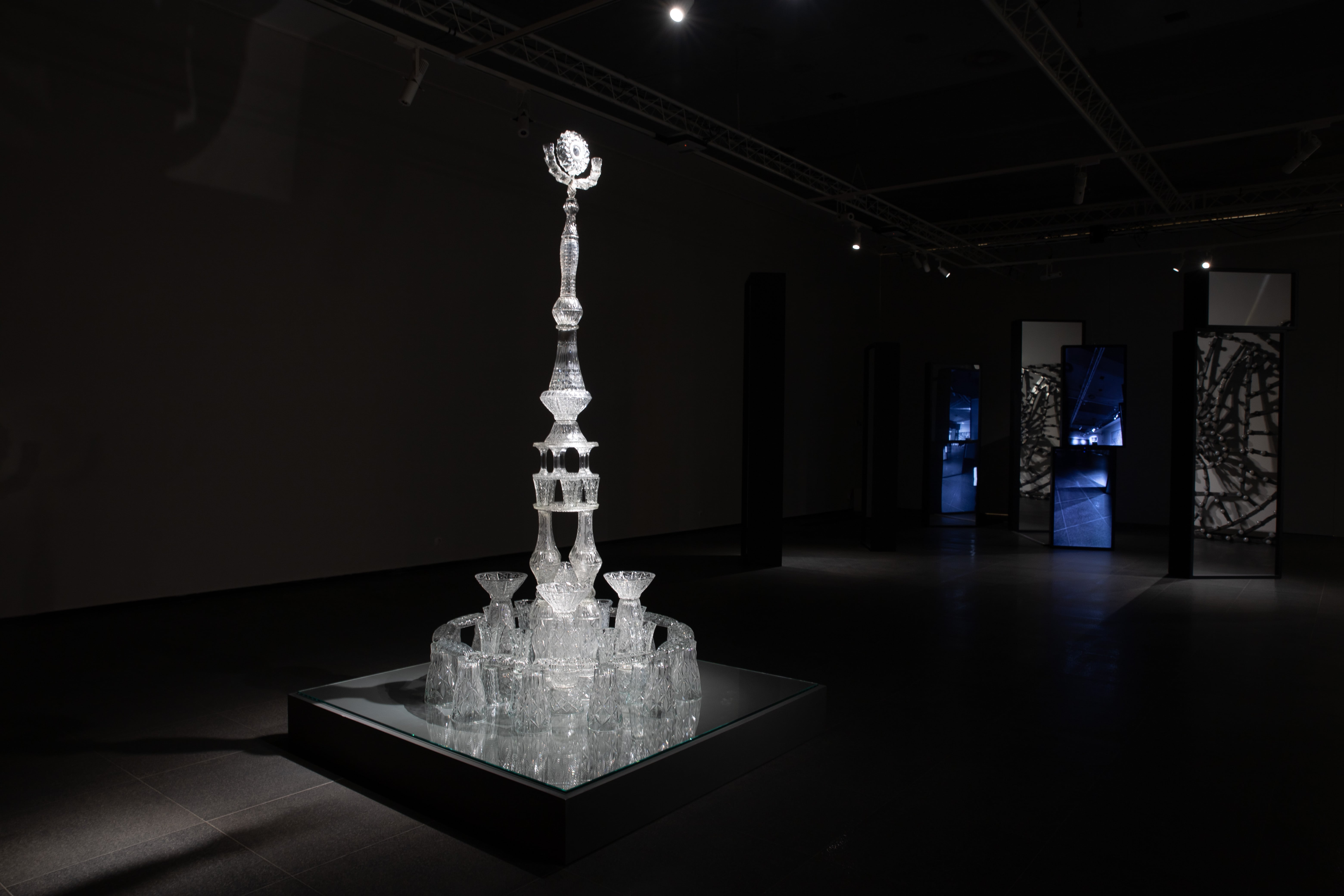 Crystal Dream 280х175х175 см, crystal, glass. 2020, created with the support of Adamovskiy Foundation
About the artwork

Author about the concept of the project shortlisted for the M17 Sculpture Prize:

“After my grandmother’s death, there was a lot of crystal glass left. She collected and carefully stored it, as many ‘post-Soviet’ citizens did. In our family, we were prohibited from using crystal glass. Granny was saving it for a special occasion. That occasion, however, never happened. My grandmother passed away a long time ago, but her dream is still here.

But my grandmother’s image is just a starting point for the project, because collecting crystal glass and not using it, storing it in cupboards like museum pieces, was actually one of the hallmarks of those times.

The module of Soviet architecture, especially of Stalin’s ‘Empire-style’ architecture, is strangely similar to the module of utilitarian objects. The silhouettes of crystal objects resemble house steeples and domes of Orthodox churches. The crystal glass in cupboards remains as elusive as the spire that rises high in the sky though seemingly has always been within reach. The Soviet ‘building a better life’ ideology, the rapid movement forward and pretentious greatness have found their place in ordinary people’s lives. And their fragile dream has left a ‘shadow’ – the sensation of transience and instability of all that exists.” 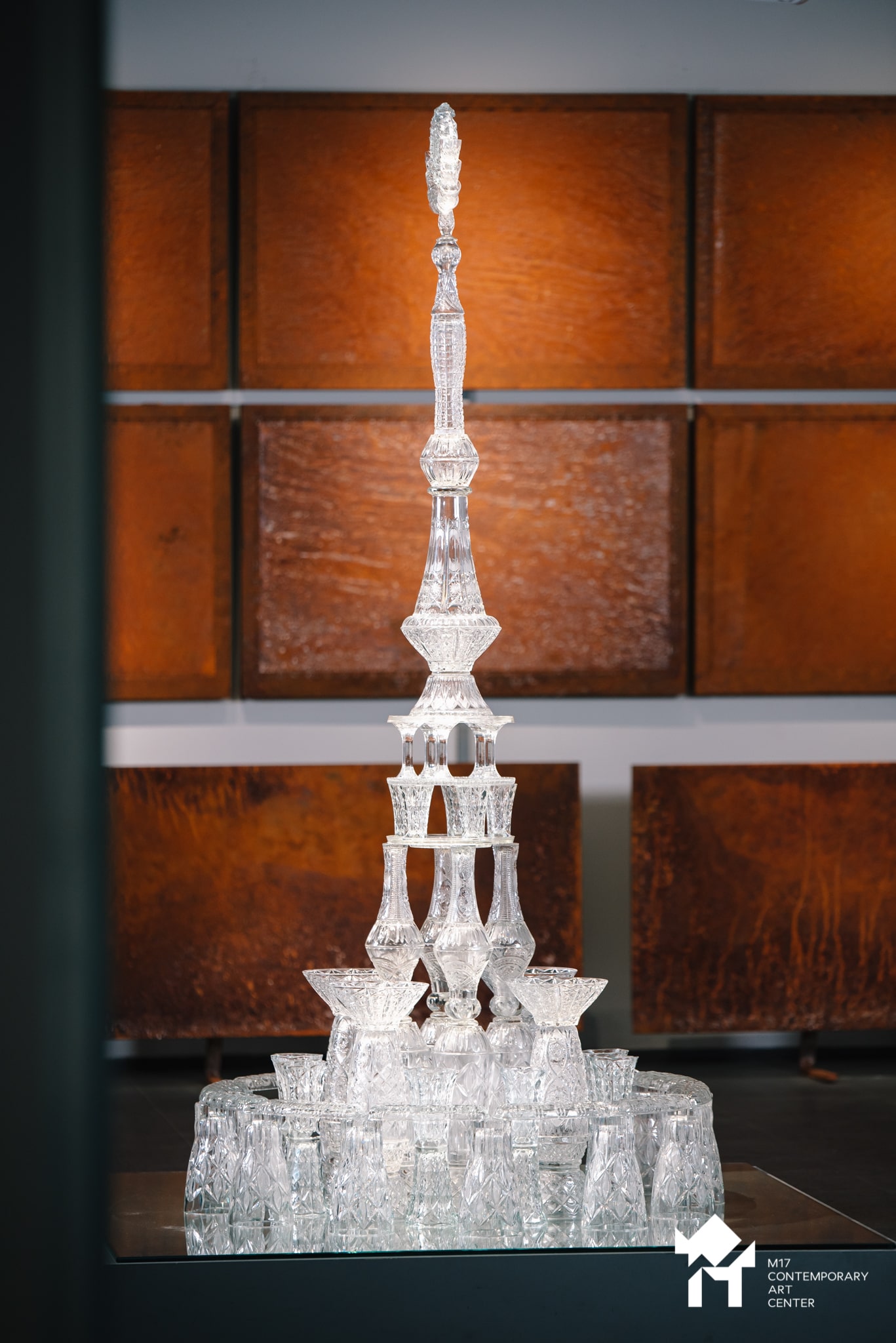 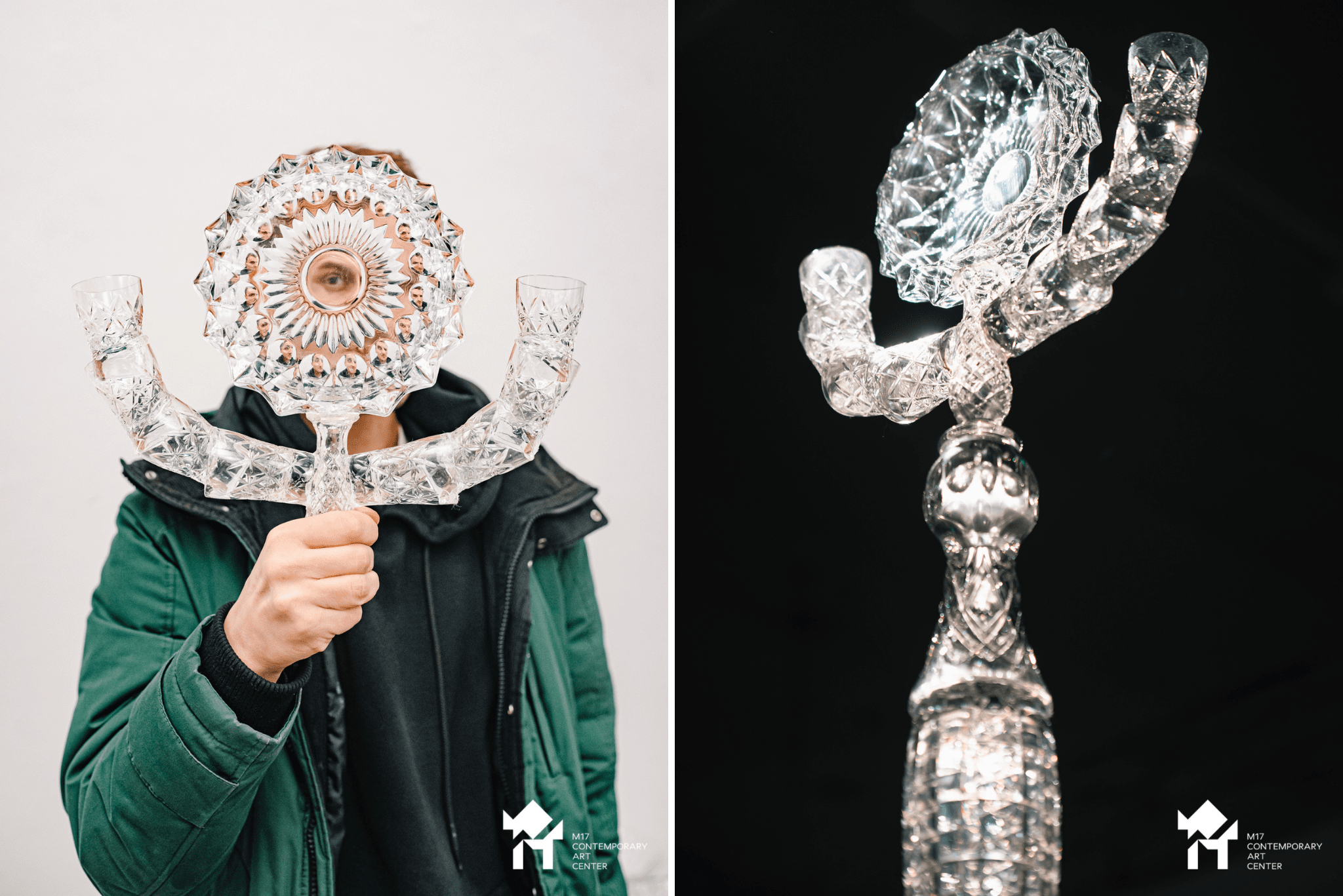 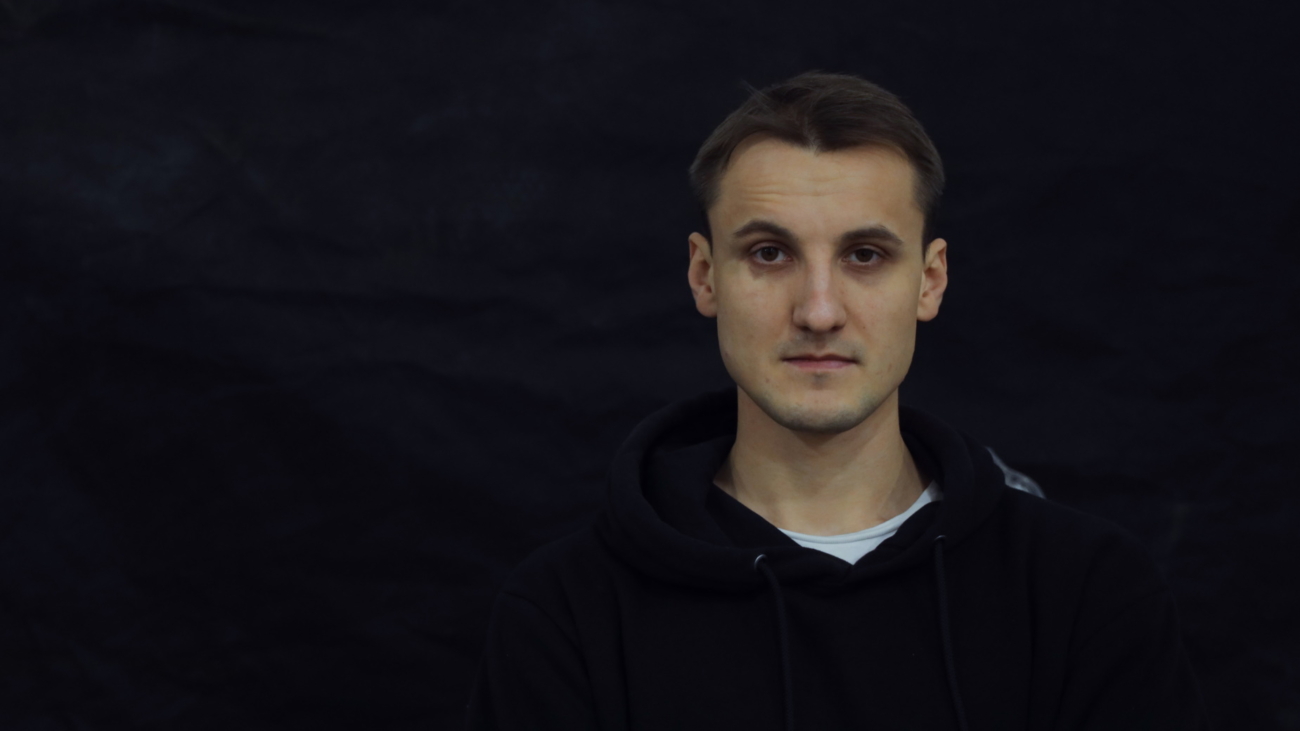 In 2013 graduated from the National Academy of Fine Arts and Architecture, an easel graphics faculty.

Works with various media. In his artistic practice pays great attention to the aesthetics of interaction, works with themes of myth and reality, studies the influences of the past in the post-Soviet space. He is a co-founder of the group “YOD” (2013) and the art squat “Hyatt” (2011). In 2016, he organized an independent art space “Apartment 14” in Troyeschina.