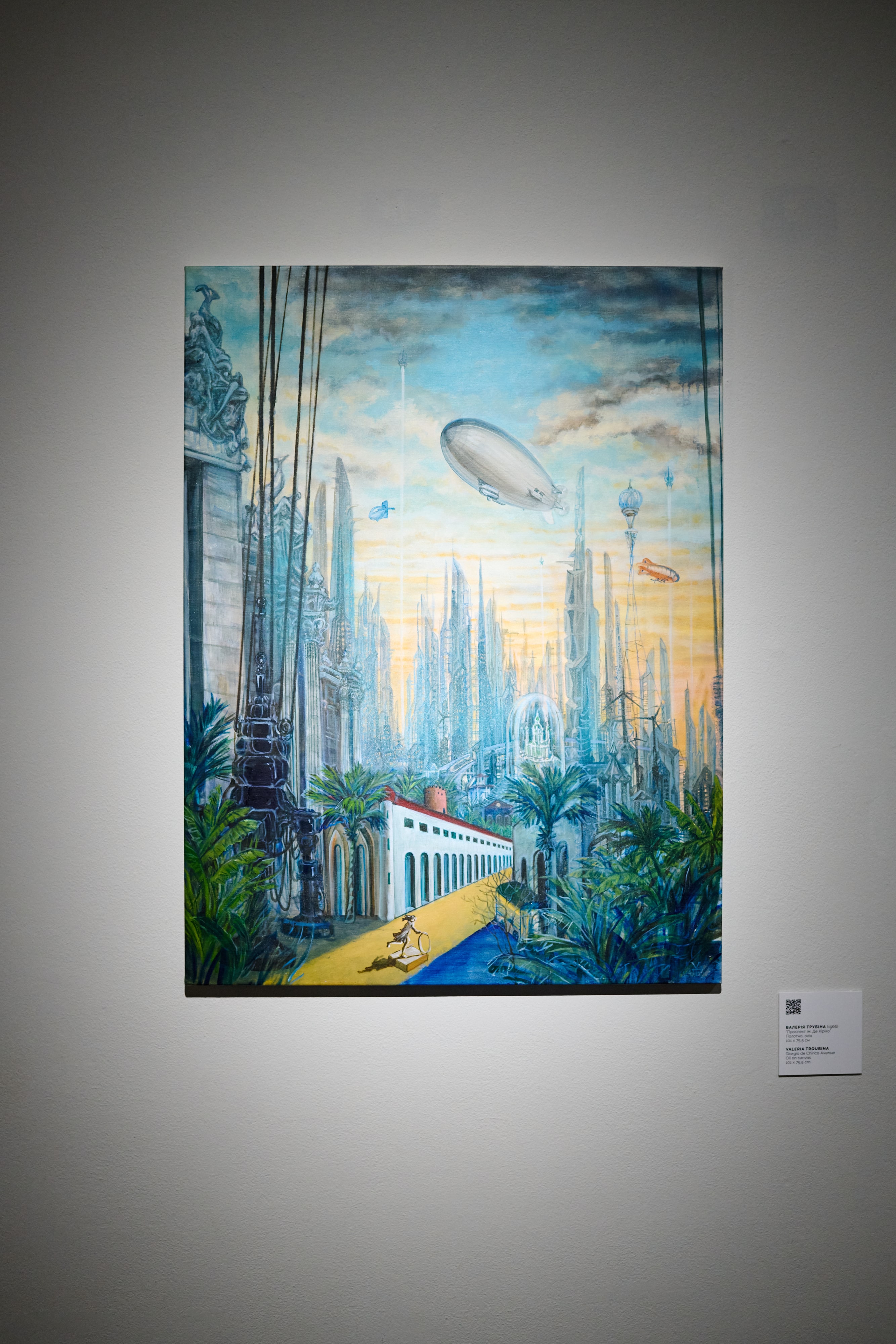 “In this picture, I tried to imagine the distant future not as gloomy as many science fiction writers usually do but thinking positive and keeping faith in humanity and common sense. And joking or not, I wanted to see the capital with ergonomic and stylish skyscrapers, equipped with facilities for air transport, convenient transitions between homes, and exits to highways, hovering over the city. The eclecticism and diversity of architectural solutions are organically intertwined with the general gothic style of the hometown, where, with new technologies, great architectural monuments are placed under domes with an artificial climate and are no longer subject to destruction. And, of course, a grandiose project will be implemented in the city — they will build an avenue named after de Chirico, one of my favorites and perhaps the most mysterious artists of the past, who in his work has always turned to the inner world of man, to his understanding of the versatility of life as personality and society as a whole. There is a sculpture on the avenue — a running girl with a hoop, as a symbol of constant movement, the constant play of life.

Over the city, huge airships and other aircraft floats, referencing the music of led zeppelin. The energy problem has long been resolved; only some old houses still need wind turbines nesting in high-rise buildings.

The city has a subtropical climate — parks and gardens with artificial irrigation allow to the growth of palm trees and other exotic plants. The city is immersed in greenery and freshness, advanced technologies help the metropolis to harmoniously interact with nature.”

She was born in 1988 in Haisin, Vinnytsia region. Graduated from the Kyiv M. Boychuk Institute of Decorative and Applied Arts and Design. Well known for her 3D sculptures. The exhibitions were held at the Kyiv Modern Art Research Institute, Lavra, Bereznitsky Aesthetics, and Invogue#Art galleries.