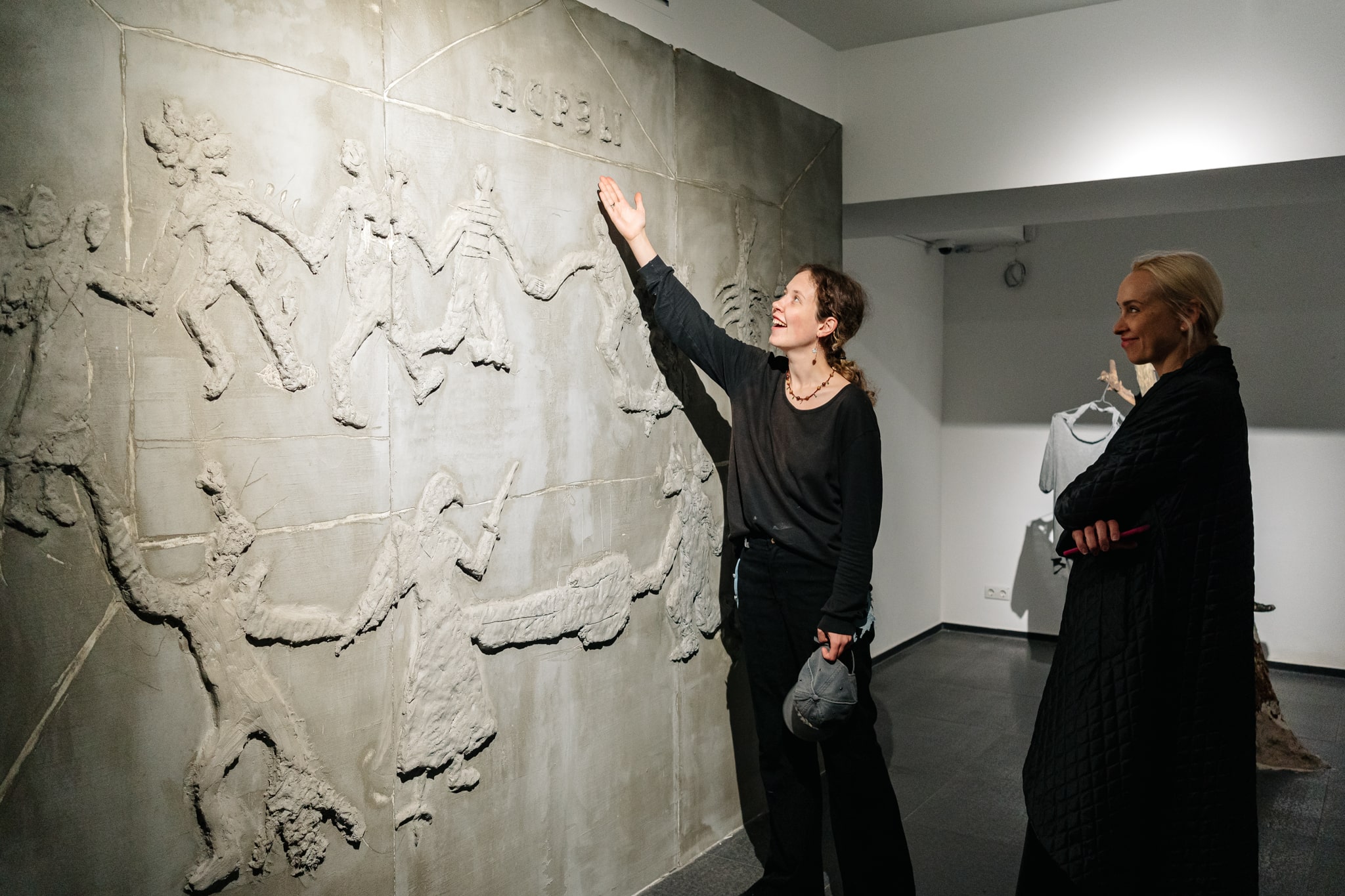 In cement relief, Daria Chechushkova documented such a communal occurrence. The residents of SRZ-2, disguised as mythical creatures, form an inseparable circle, forming a symbol of unity. This circular movement is similar to a ritual action aimed at preserving a shipyard from extinction as a result of large-scale coastline development objectives. As a consequence, Daria Chechushkova’s work is a protest demonstration expressed by SRZ-2 inhabitants. 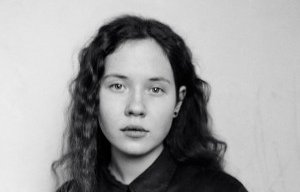 Date of birth: 1999
Place of residence: Odesa
More about the author Close down 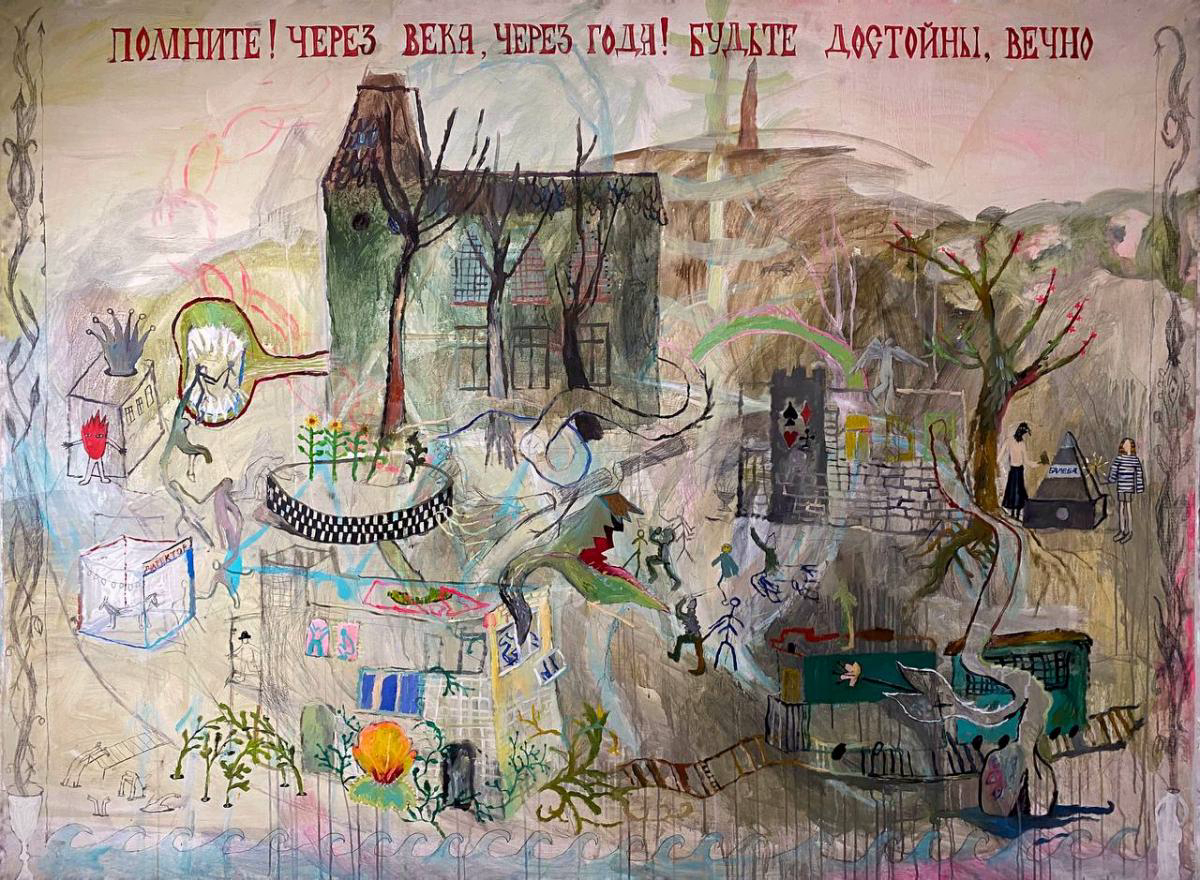