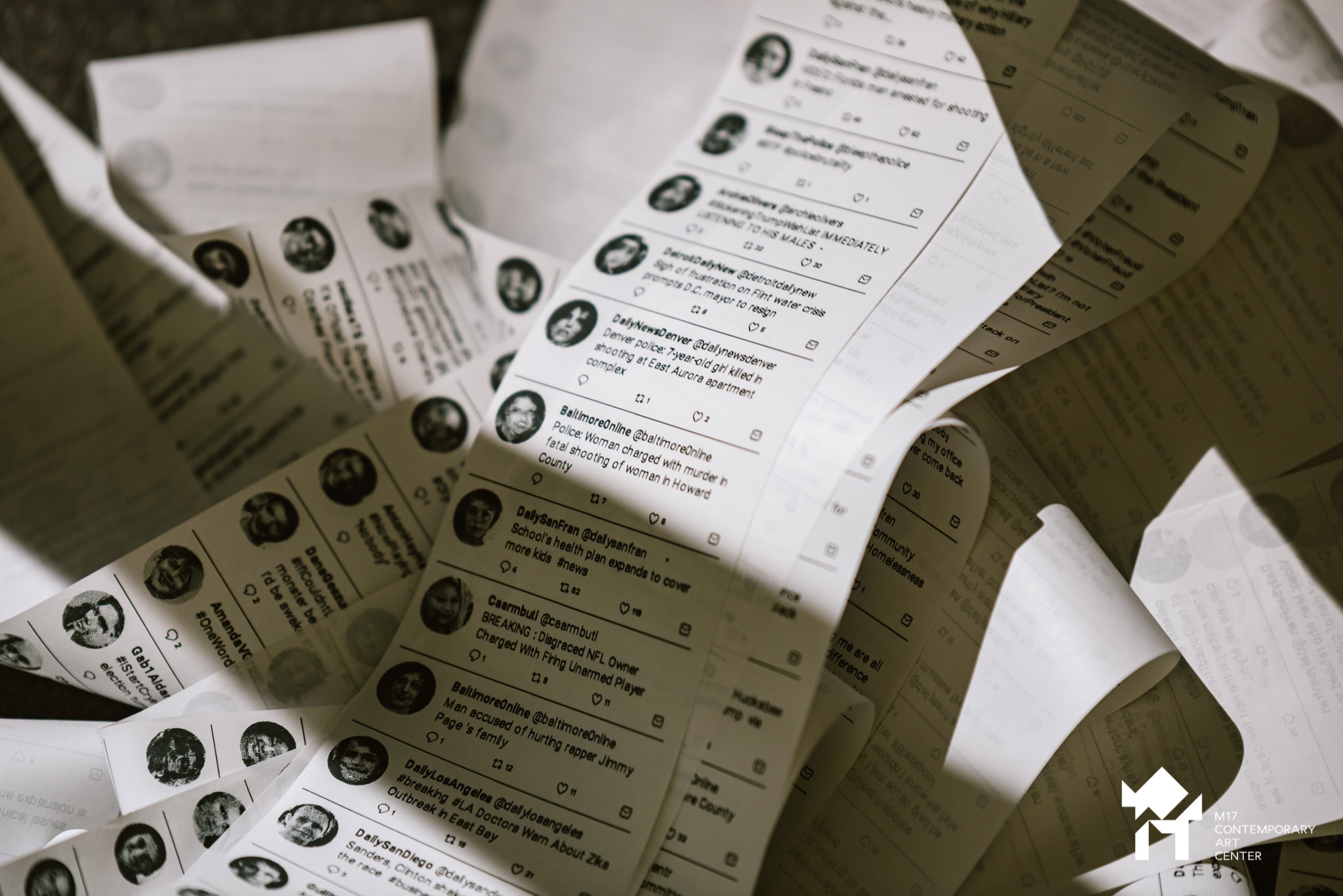 Us and Them kinetic Installation, 2018
About the artwork

The Us and Them explores this strange world of the attention economy. Four printers have a built-in algorithm trained on a recently published set of two hundred thousand tweets from bot accounts that operated in 2016 during the Us presidential election. They are printing an infinite number of generated tweets on political topics. It is an information noise, a curtain that artificially divides us. But you can still sit down, talk and find something in common, despite the flow of artificially generated political propaganda which divides us. 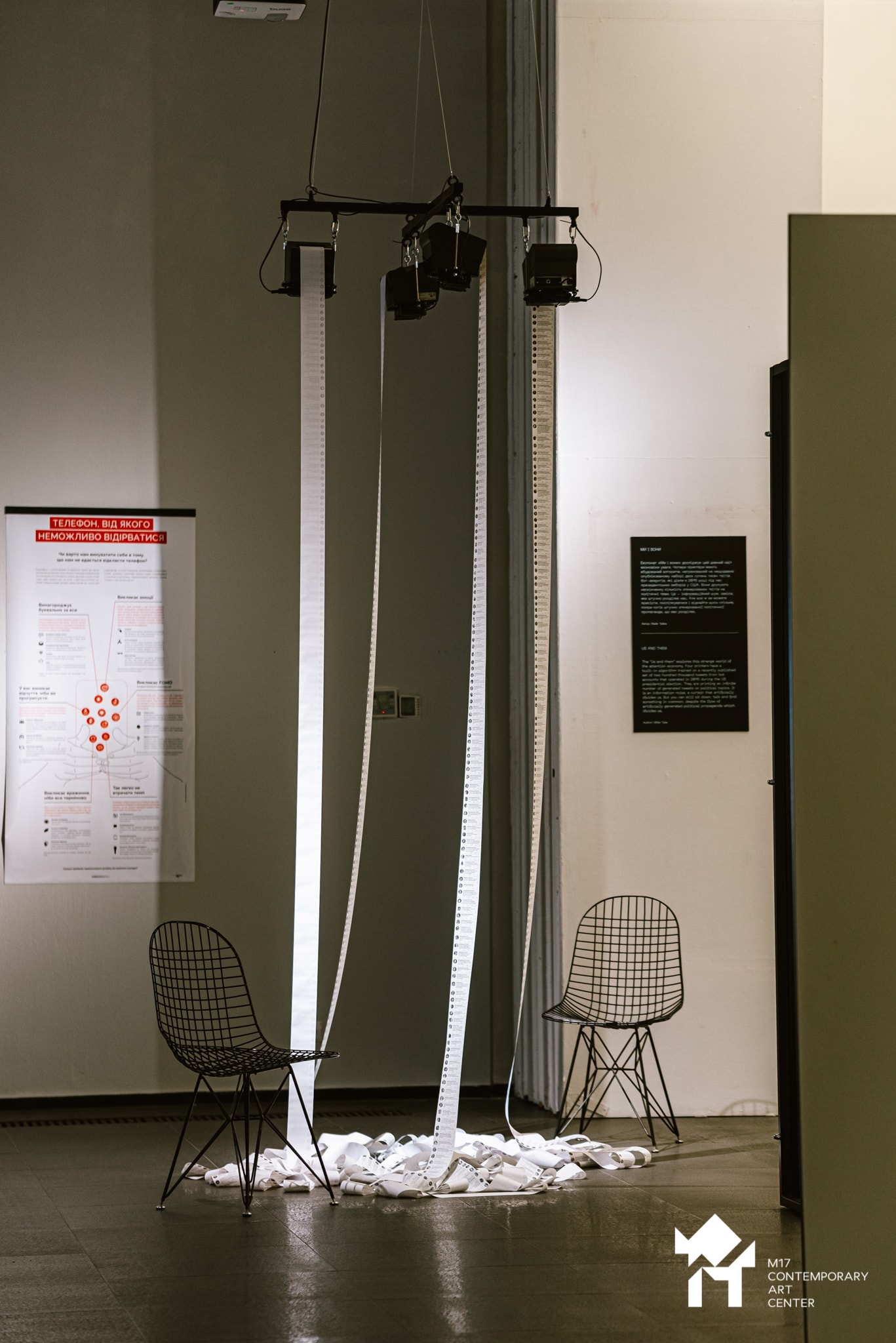 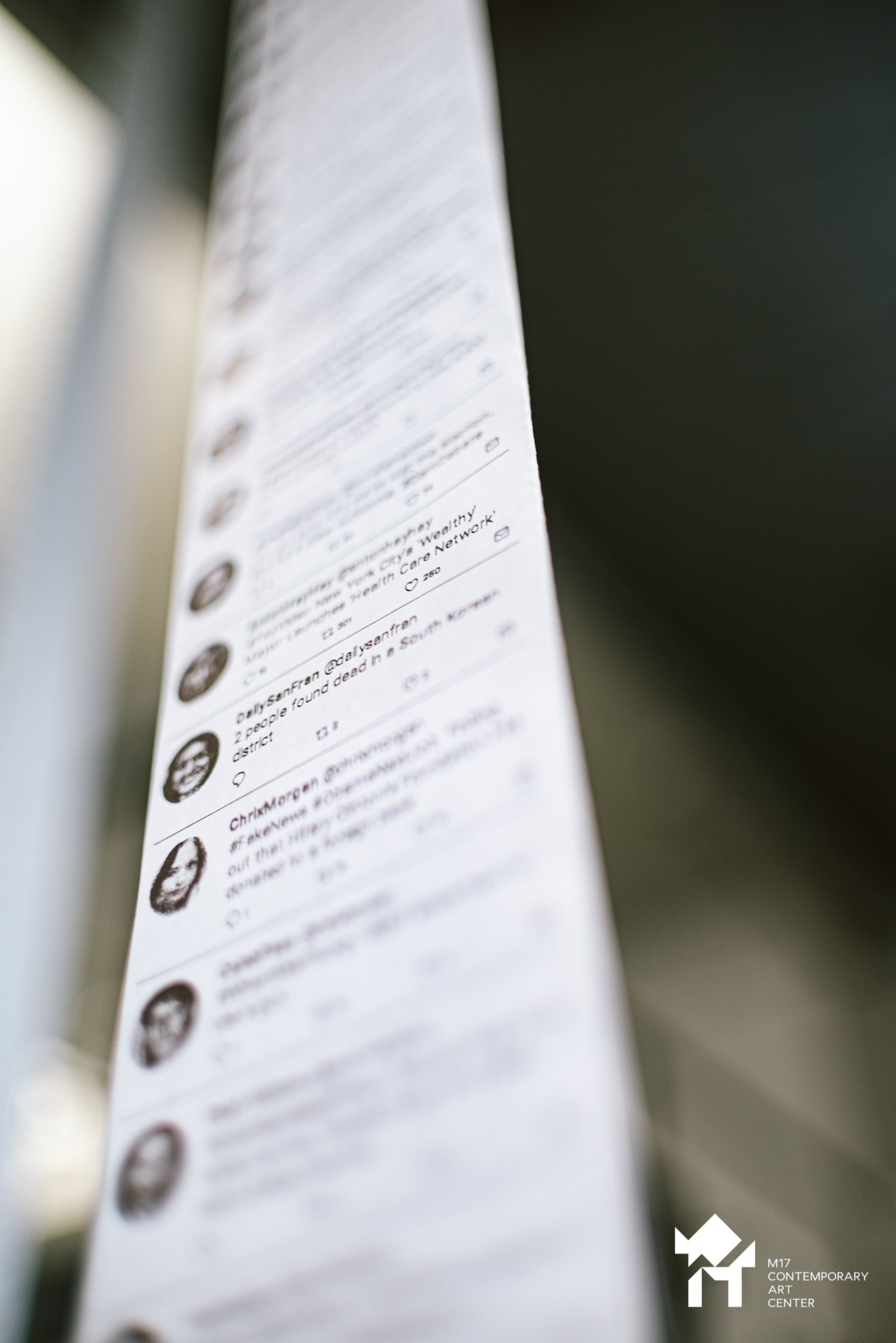 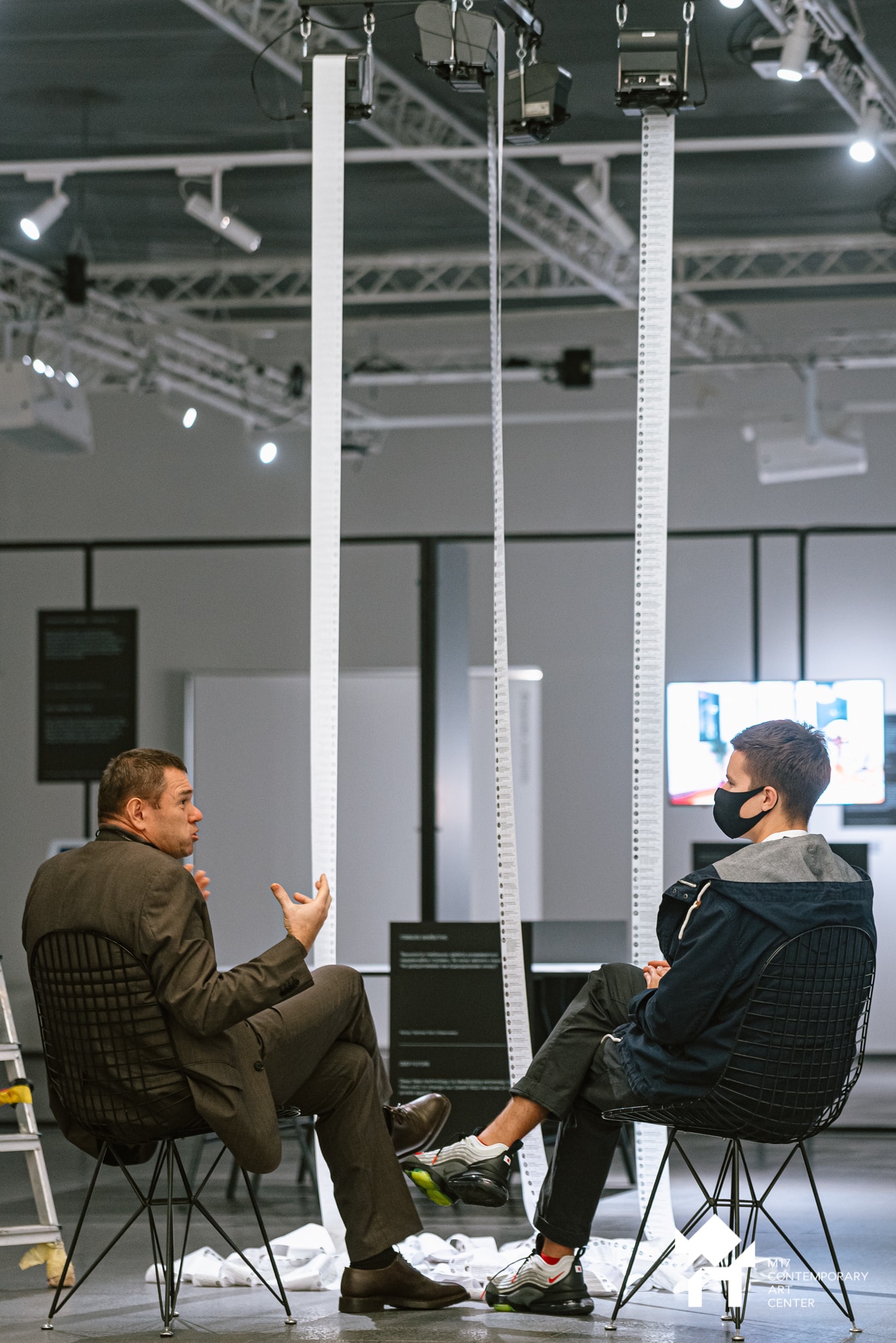 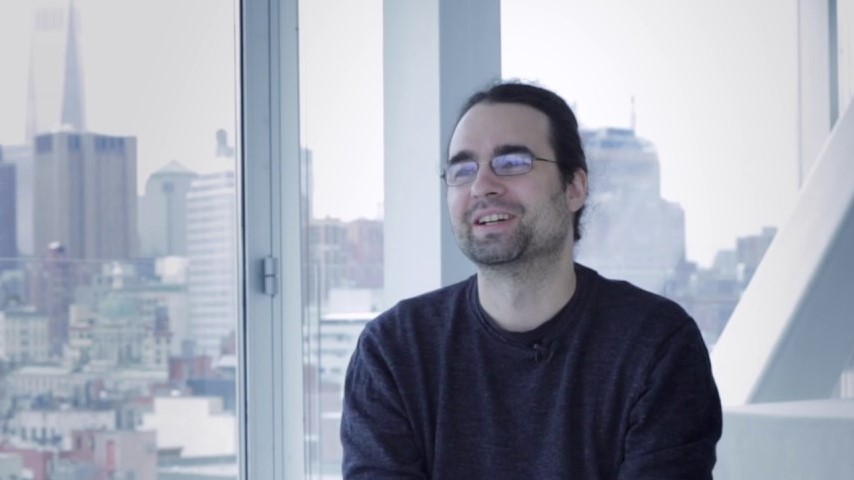