M17 Contemporary Art Center invites you to reconsider the linearity of the historical perspective, to think about the “optical illusions” with which Viсtor Sydorenko changes our visions of the past and the present.

The exposition Untimely includes two projects of the artist. The first one is The Beach and the Shore cycle, that Victor worked on for 13 years, from 2004 to 2017. The second one – new works for the already known series called Un-Timely, launched in 2018; they also depict a beach vacation.

The beach is a multifaceted metaphor that can be interpreted in many ways. The beach itself is a specific cultural phenomenon and is perhaps the easiest to read as a metaphor for collectivity. But the collectivity of what era? The cracked paint on the artist’s canvases hints at ancient, “older” than the twentieth century. The childhood memory of the older spectator will prompt you to look for this beach in the recent past. But if we remove the cracked layer – wouldn’t these “beach rituals” reflect the present time? And will they become radically different century after us? Victor Sydorenko takes the audience through the labyrinths of time, asking questions about the cultural continuity; whether “untimely” that does not have clear markers of a specific time is really irrelevant.

Victor SYDORENKO is a well-known and successful Ukrainian artist, professor of painting, curator, full member and vice-president of the National Academy of Arts of Ukraine, director and founder of Modern Art Research Institute of the Academy of Arts of Ukraine. Works in the genres of painting, sculpture, photography, media art. In 2003 his works were exhibited on behalf of Ukraine at the 50th Venice Biennale with a personal project Millstone of Time. In 2007, at the 52nd Venice Biennale, together with Alexander Solovyov he was co-curator of Ukrainian Pavilion; twice (in 2011 and 2013) he was the commissioner of the pavilion.

"Will your attitude change, if you find out that the picture you thought was old, has been actually intentionally aged? It is with time and its perception that the artist Victor Sydorenko works. An exhibition of the artist's works was presented at the M17 Contemporary Art Center to give the audience a chance to obtain the impression of their own relationship with time". TV report is available in Ukrainian

"To look at the present and yourself in it through reflection on memory and time. This is prompted by an exhibition of Victor Sydorenko's artworks. It was presented at M17 Contemporary Art Center in the capital. The exhibition Untimely is about the rest time, which exists as if in a parallel dimension and pulls us out of the flow of everyday life". TV report is available in Ukrainian

The exposition Untimely includes two projects of the artist. The first one is The Beach and the Shore cycle, that Victor worked on for 13 years, from 2004 to 2017. The second one – new works for the already known series called Un-Timely, launched in 2018; they also depict a beach vacation. 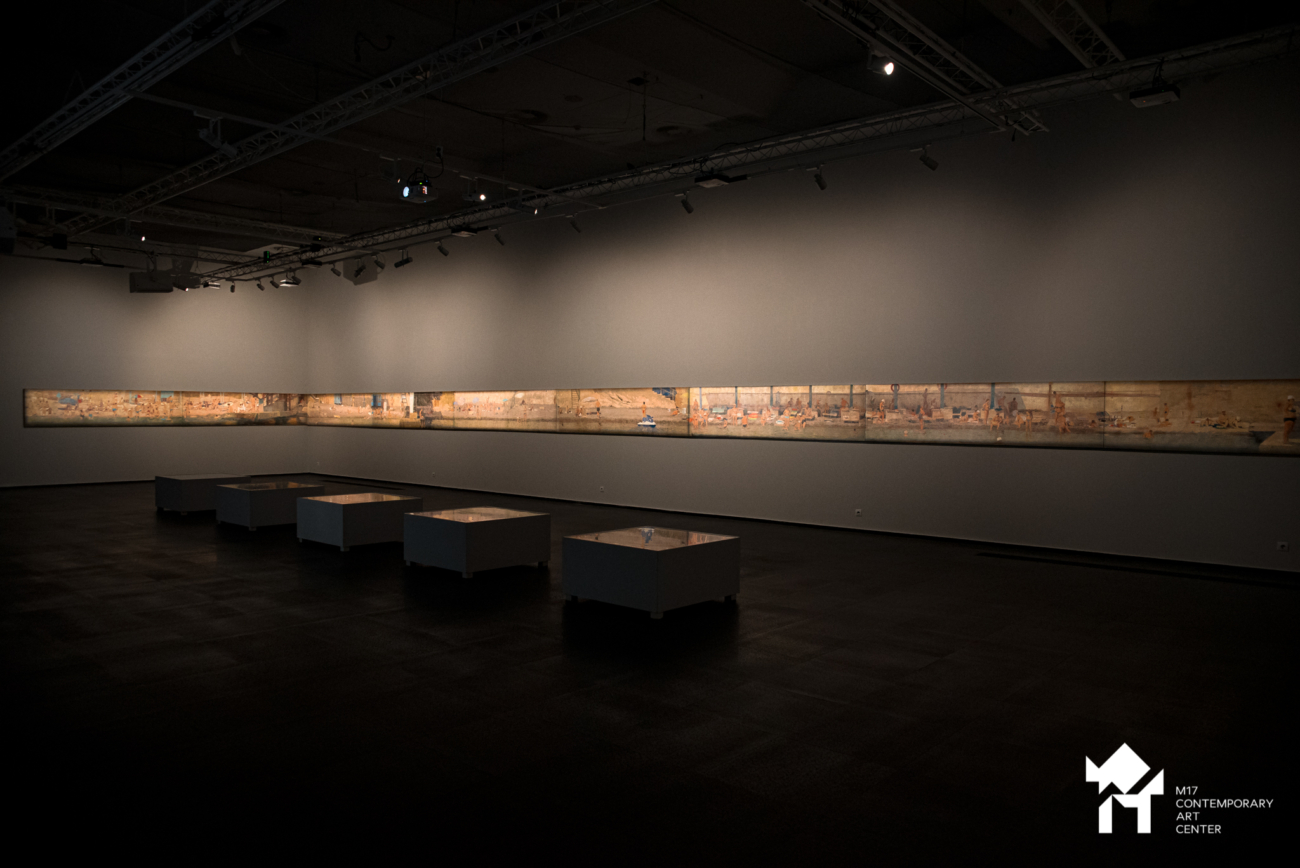 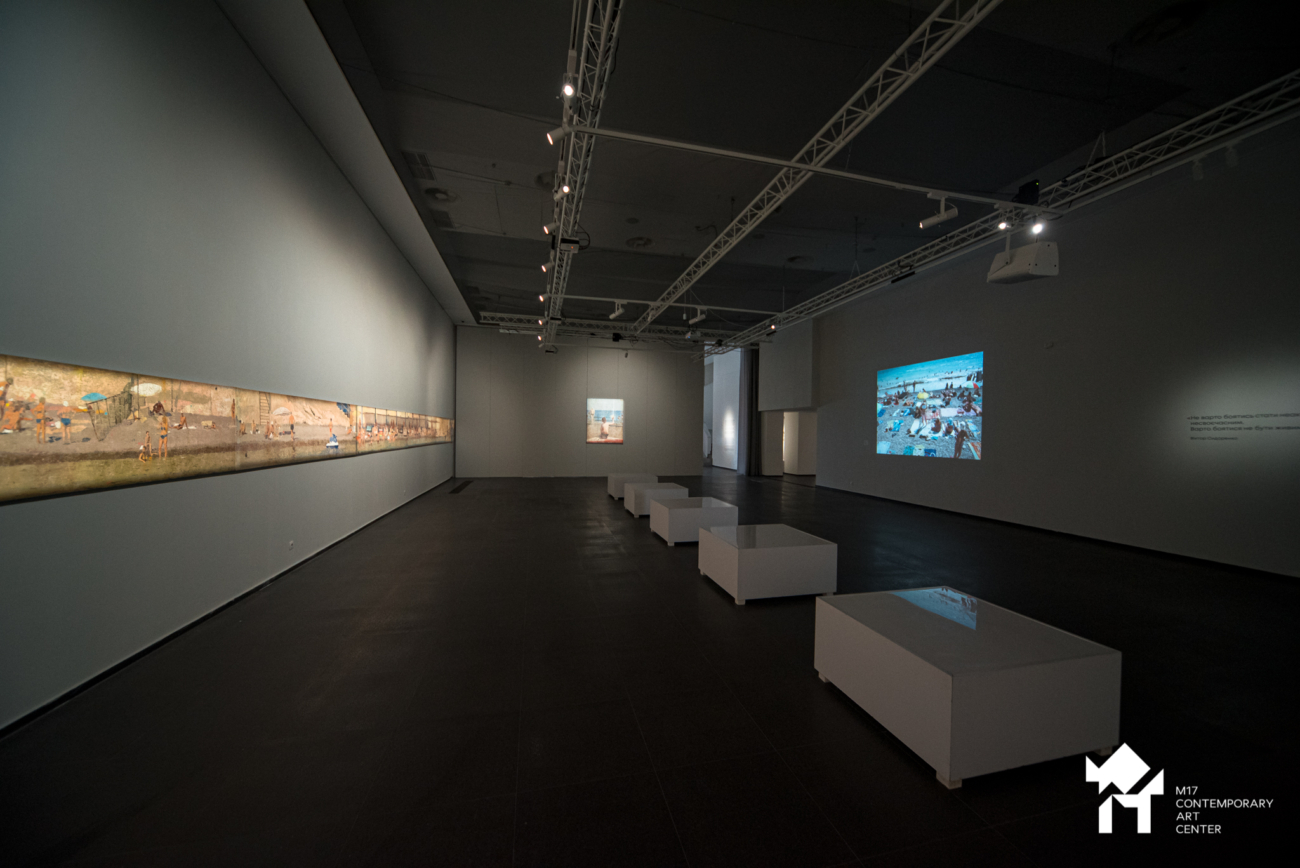 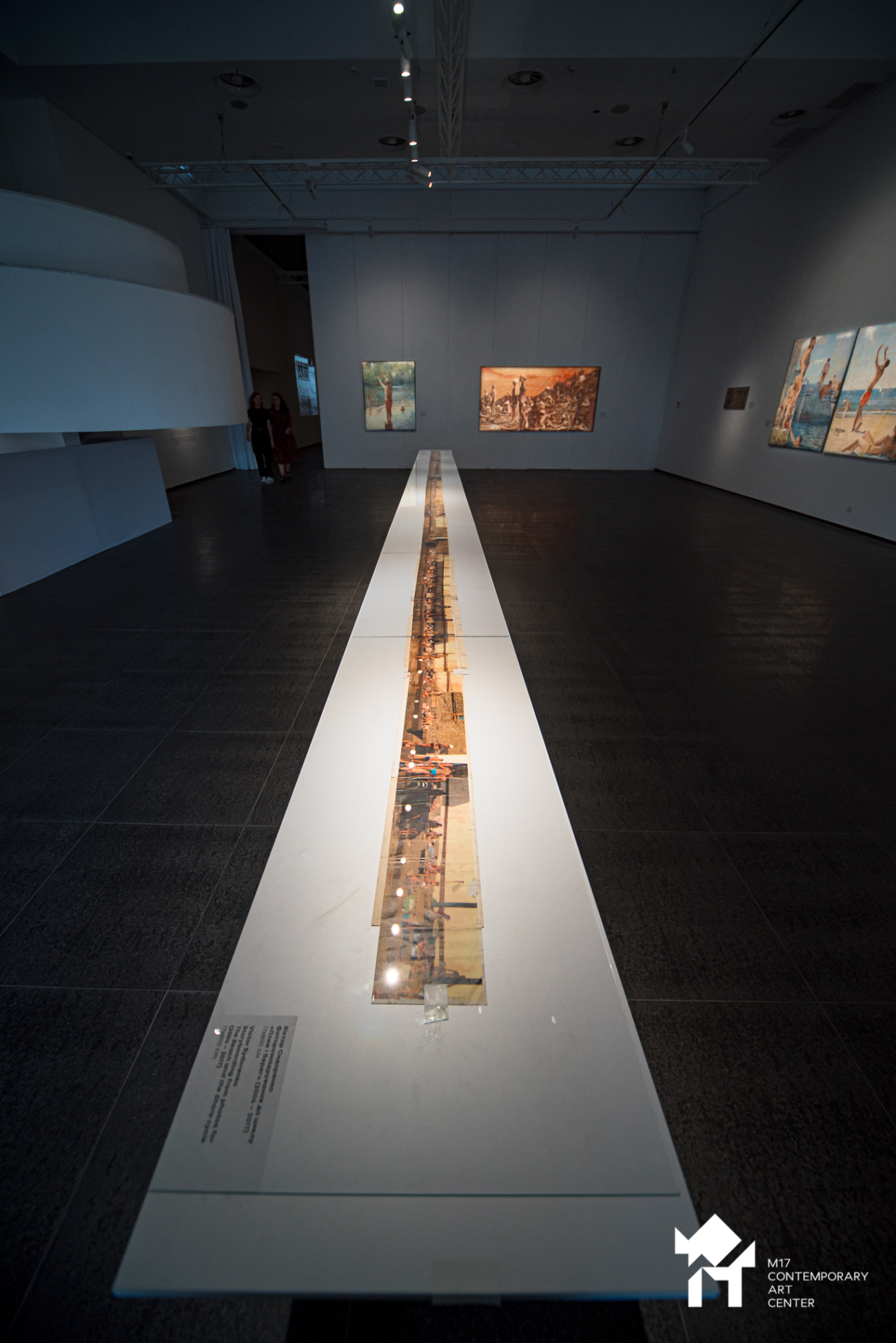 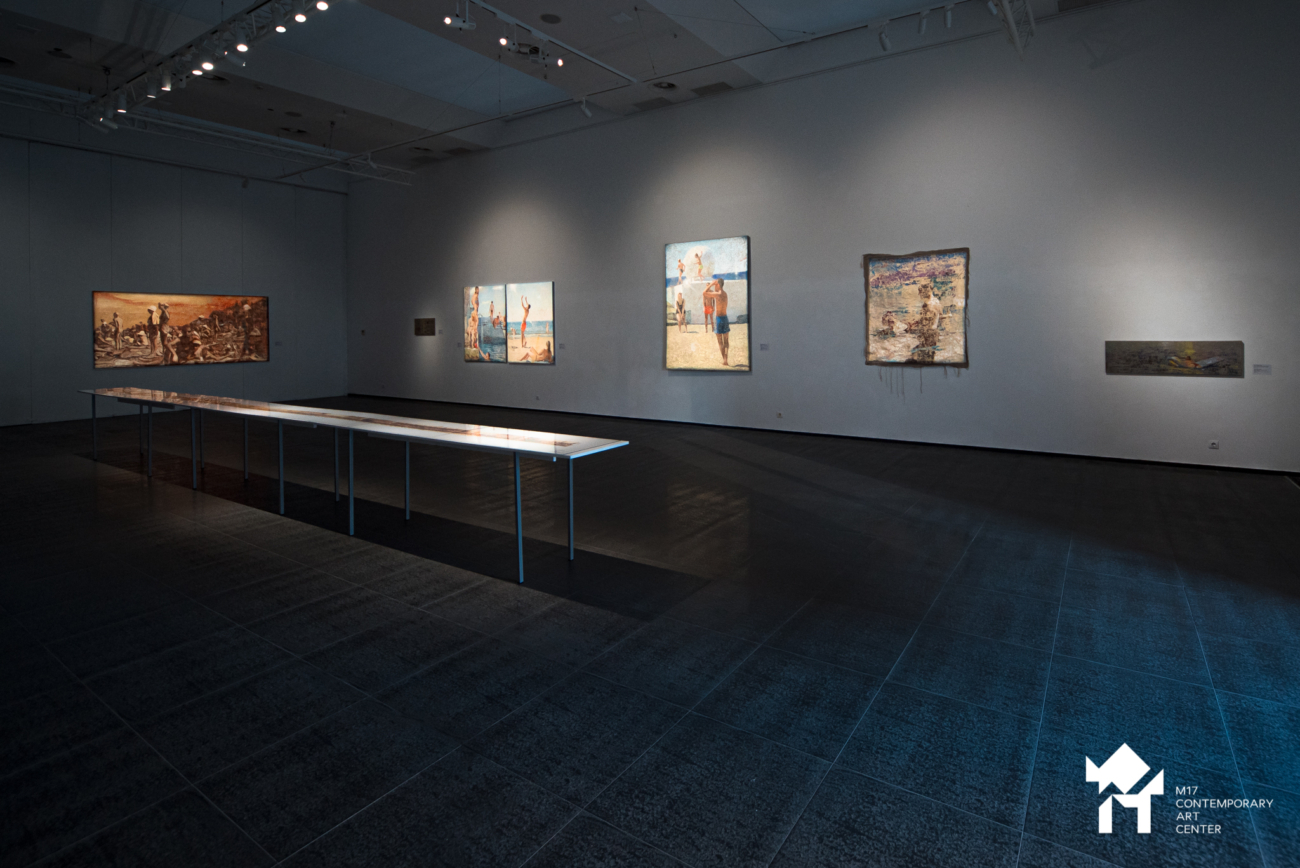 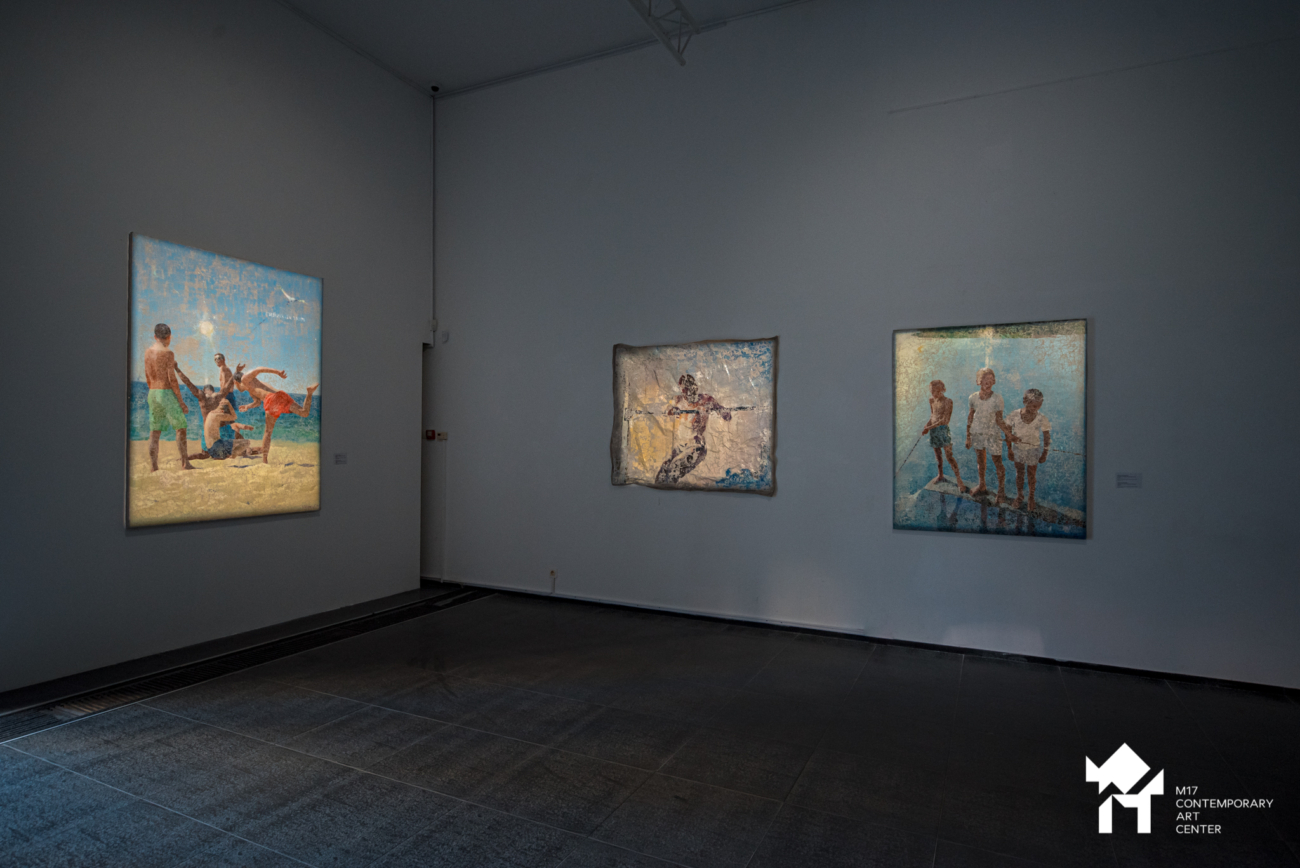 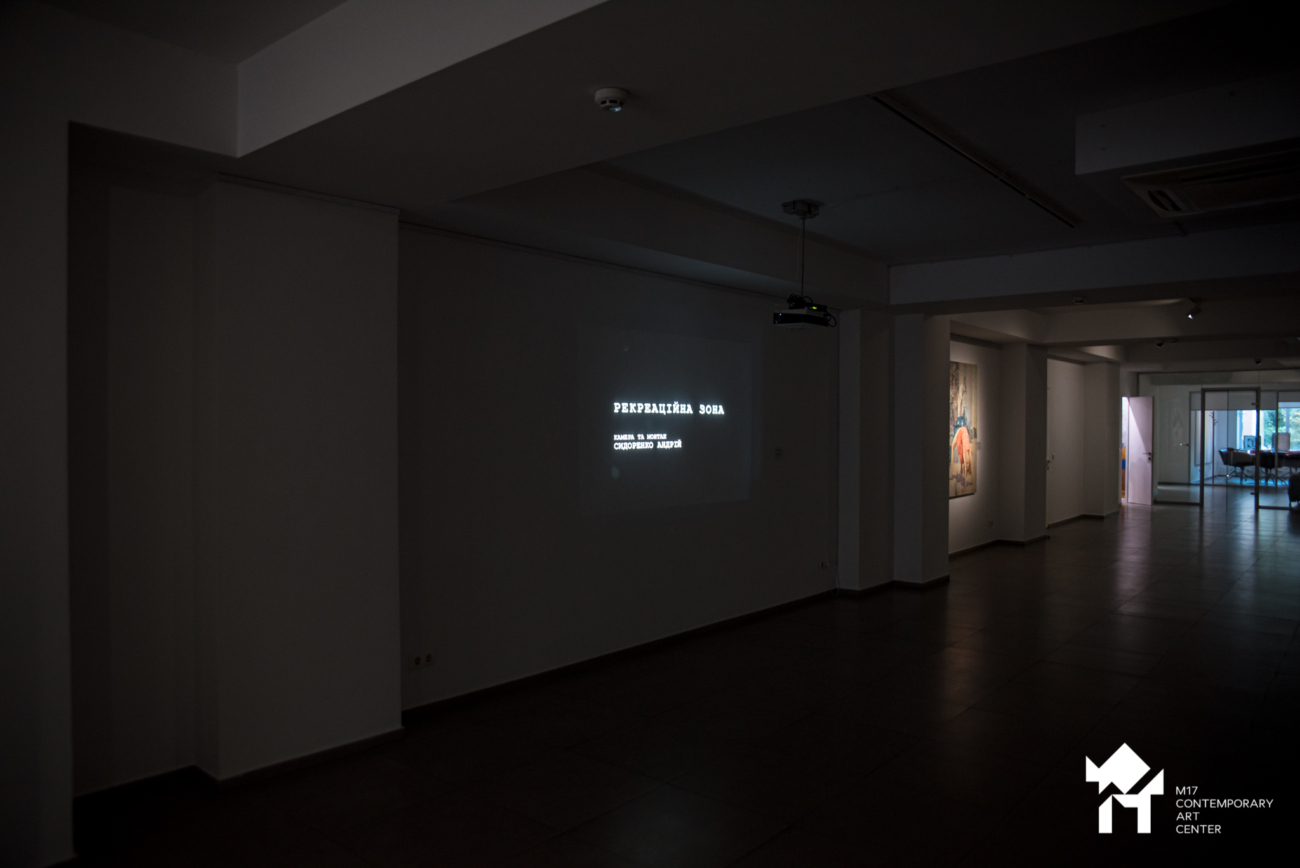 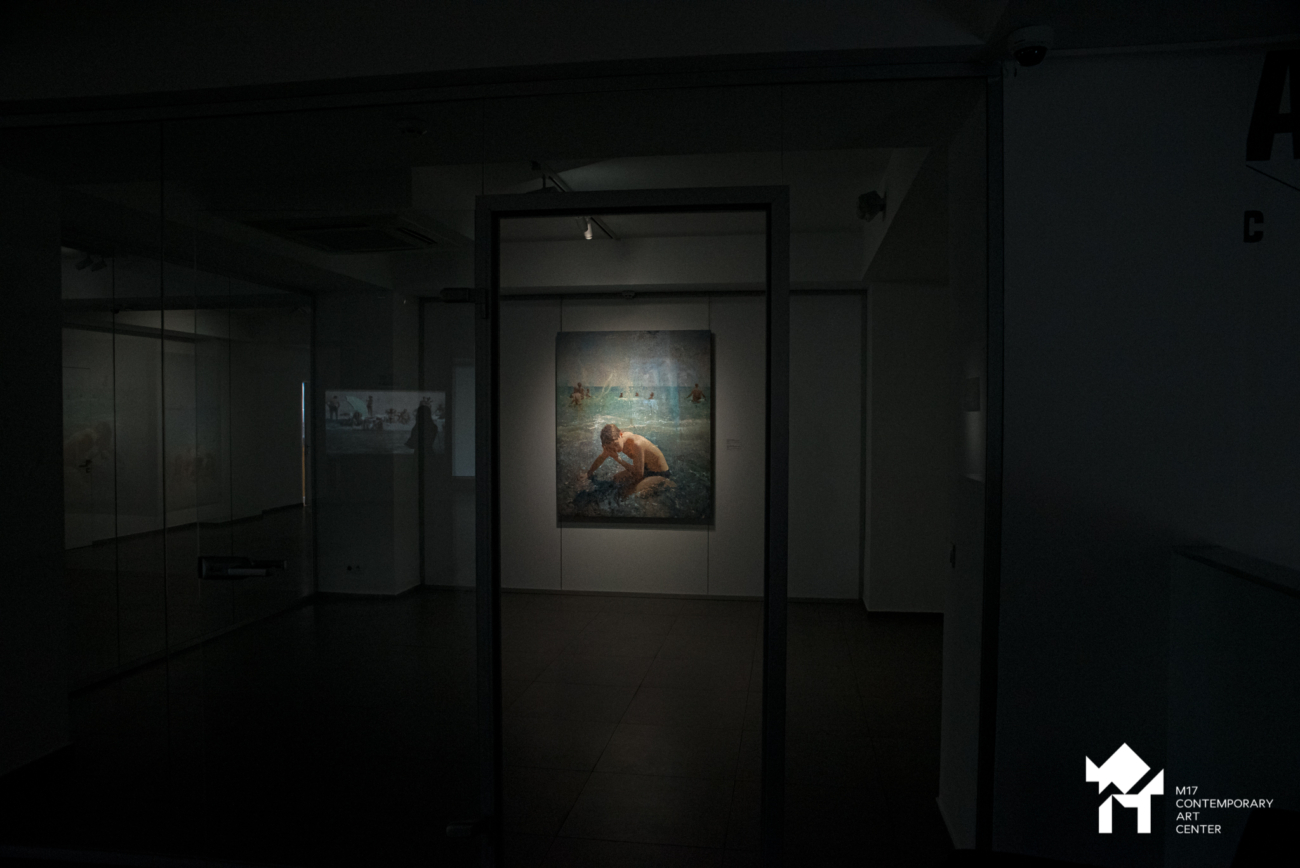 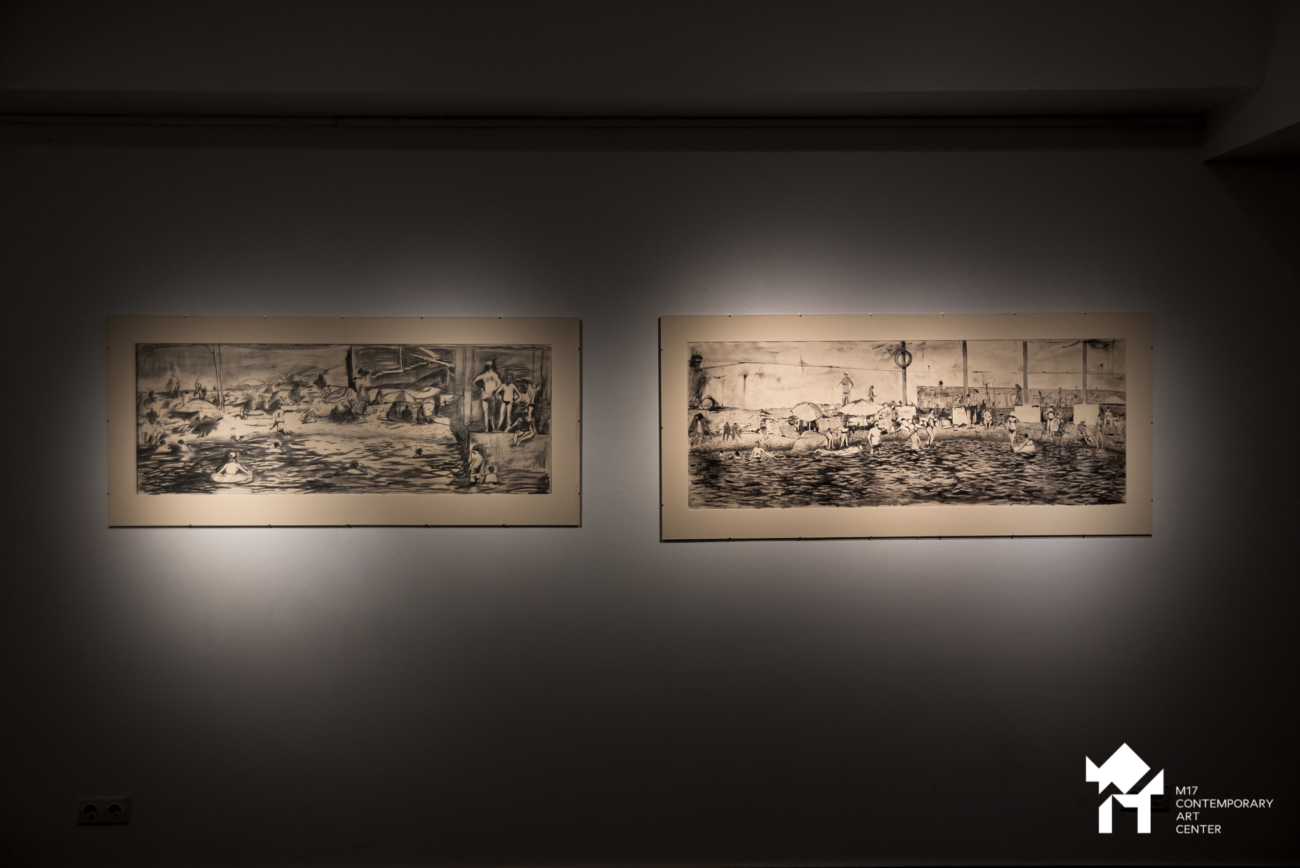 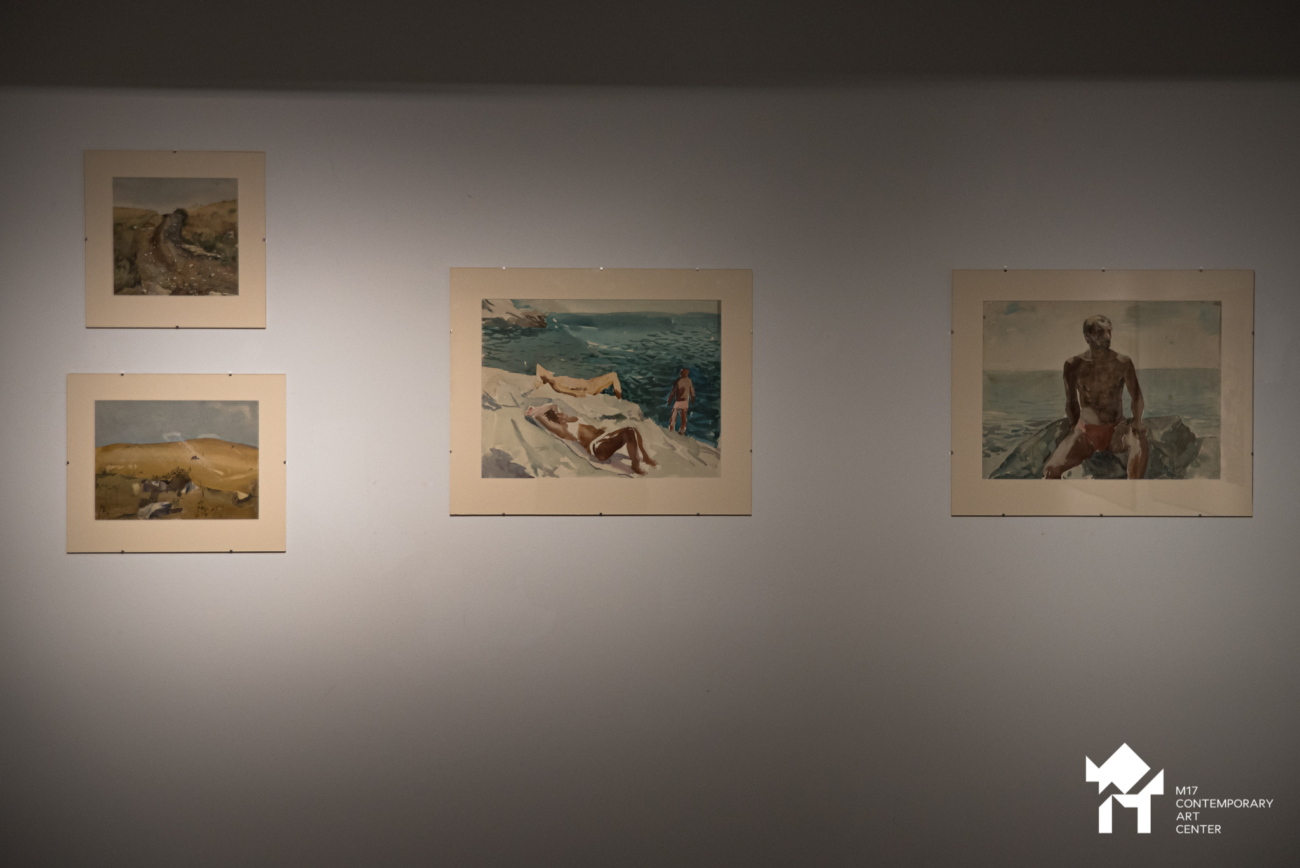 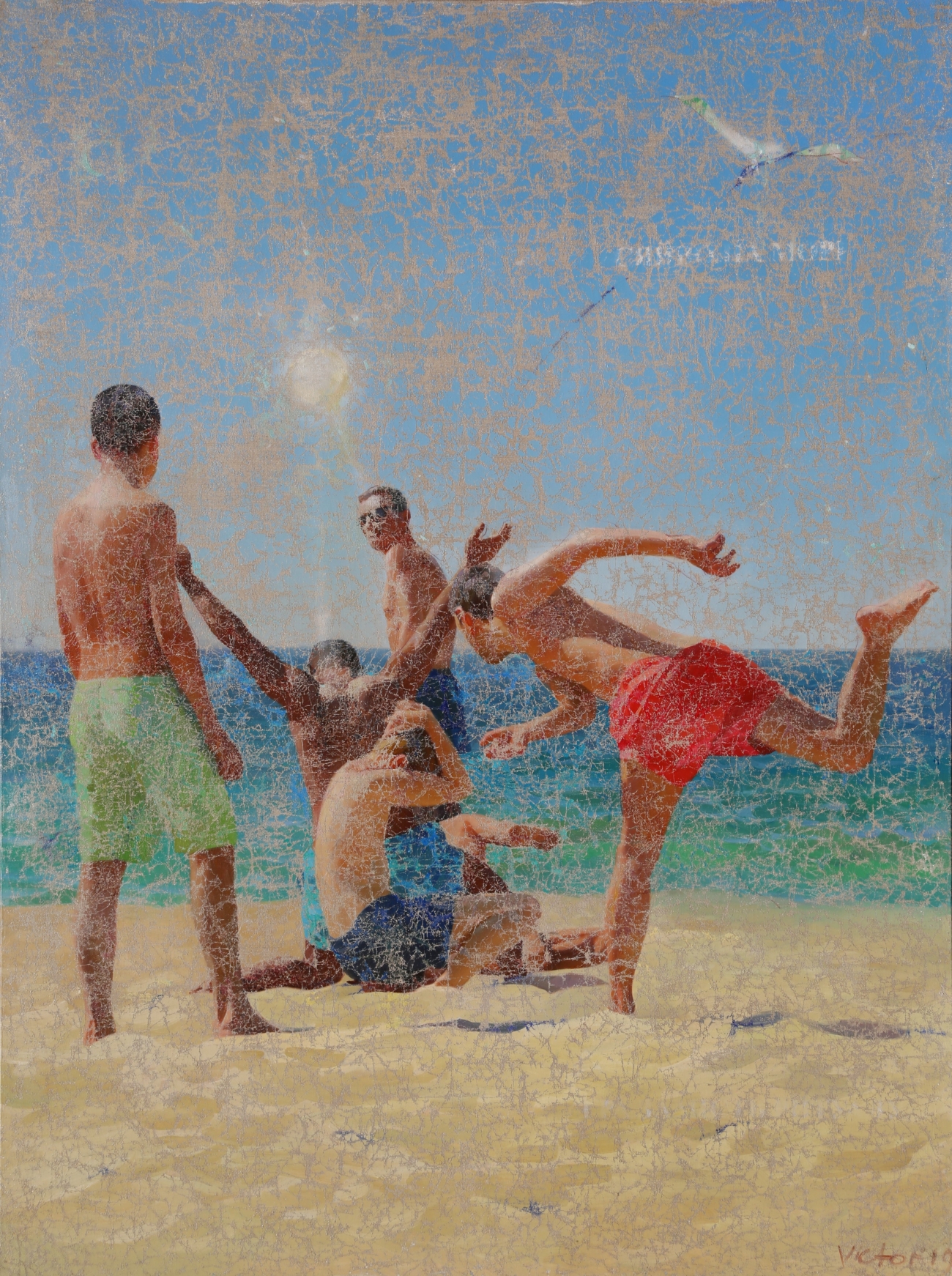 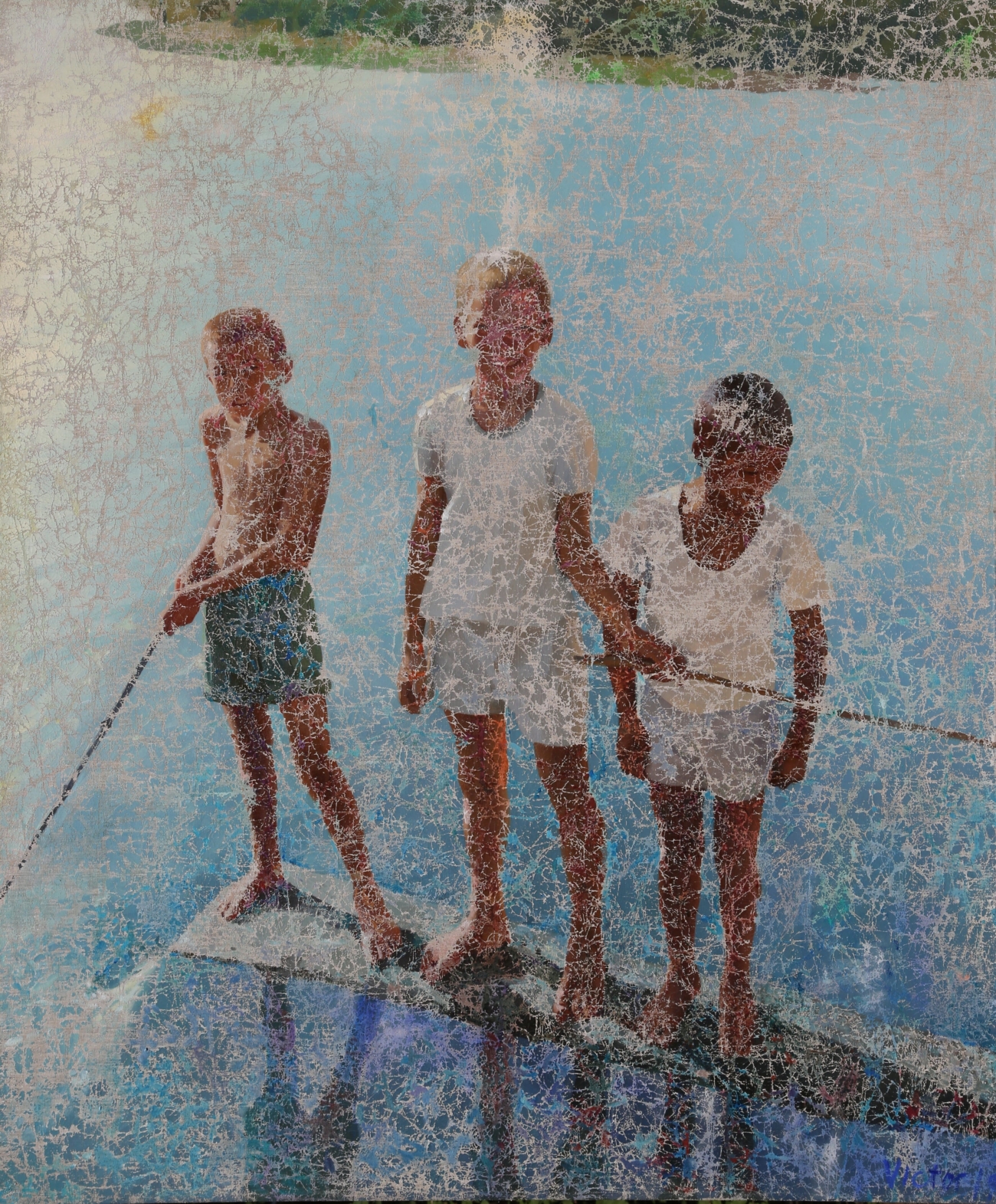 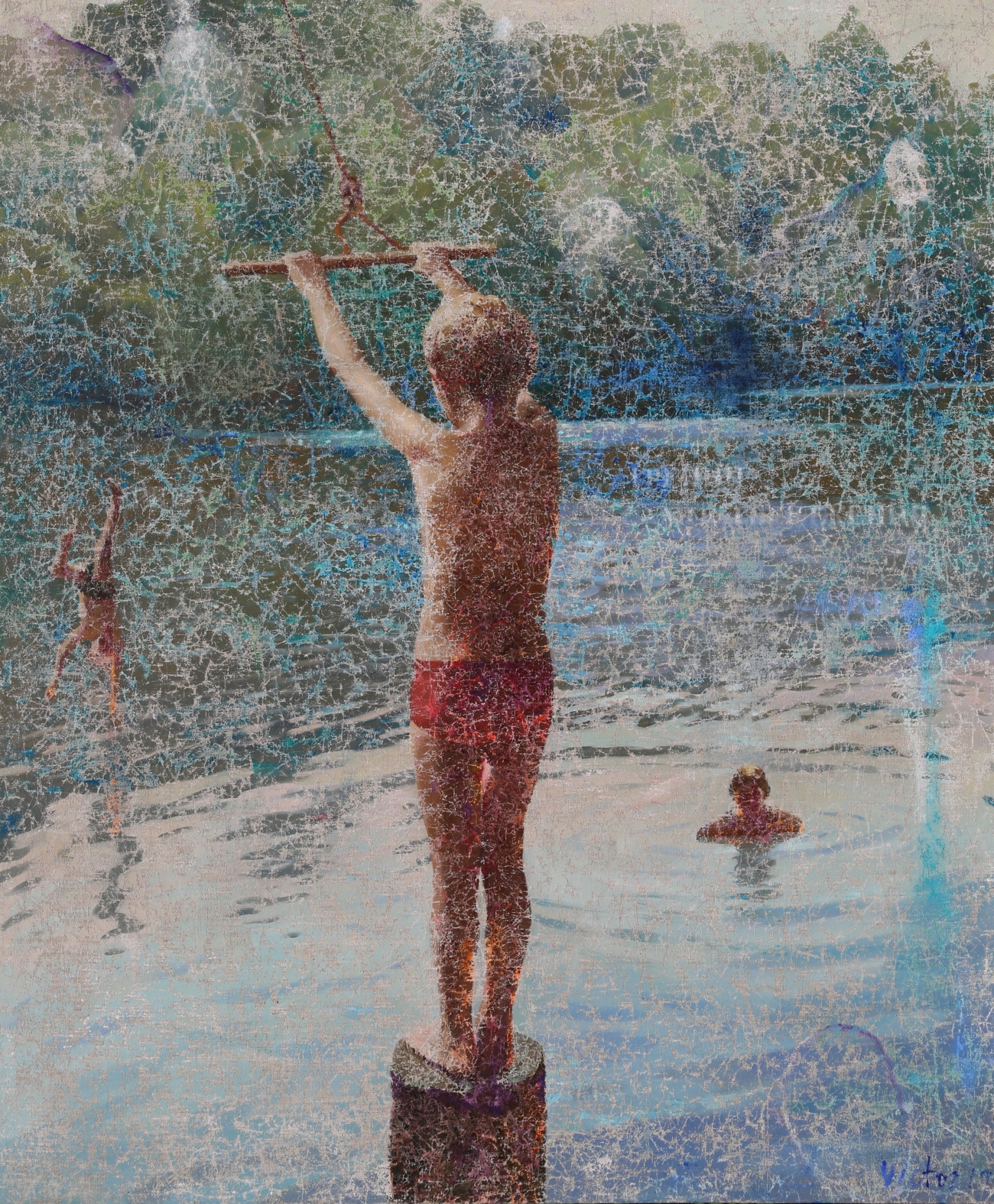 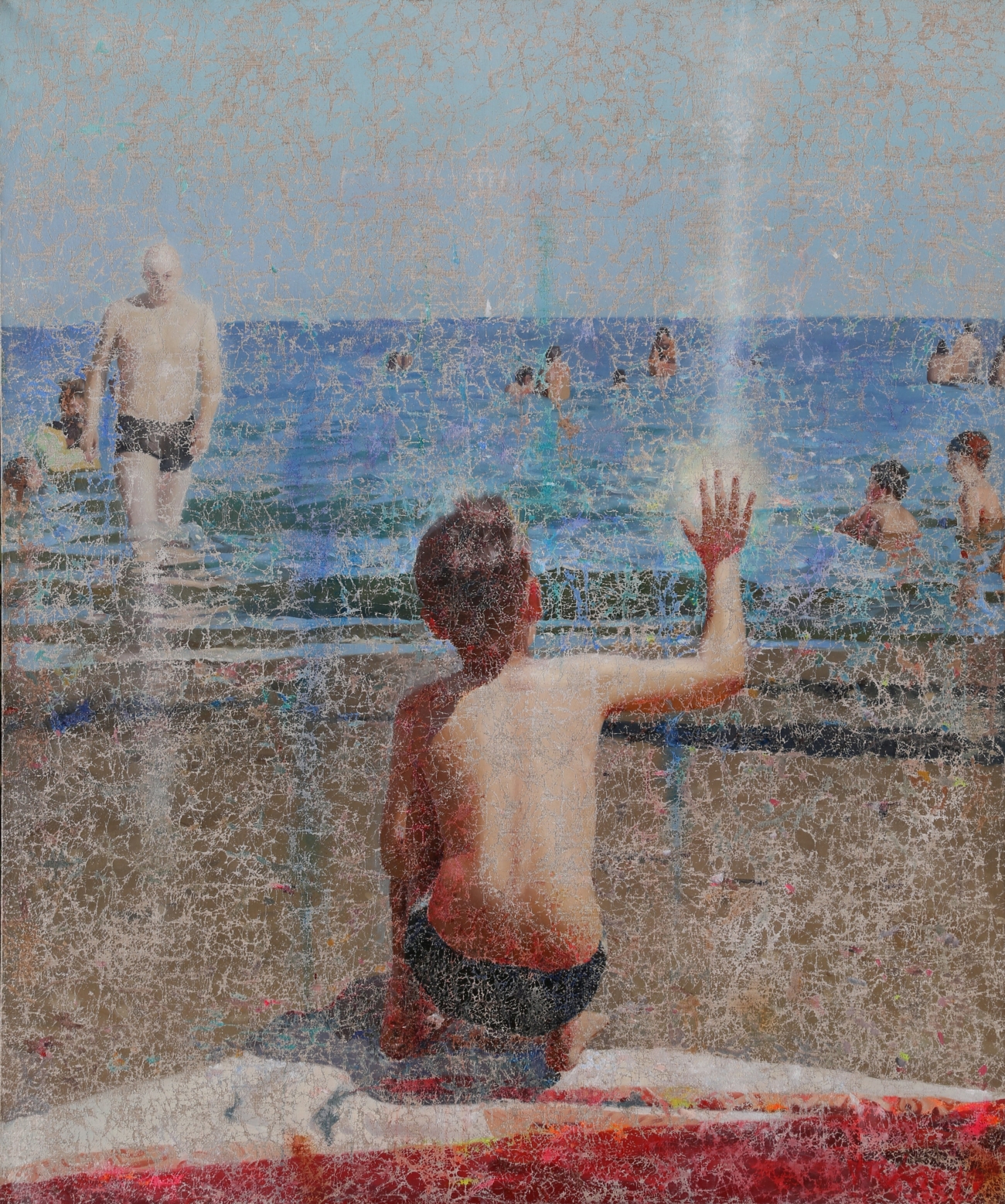 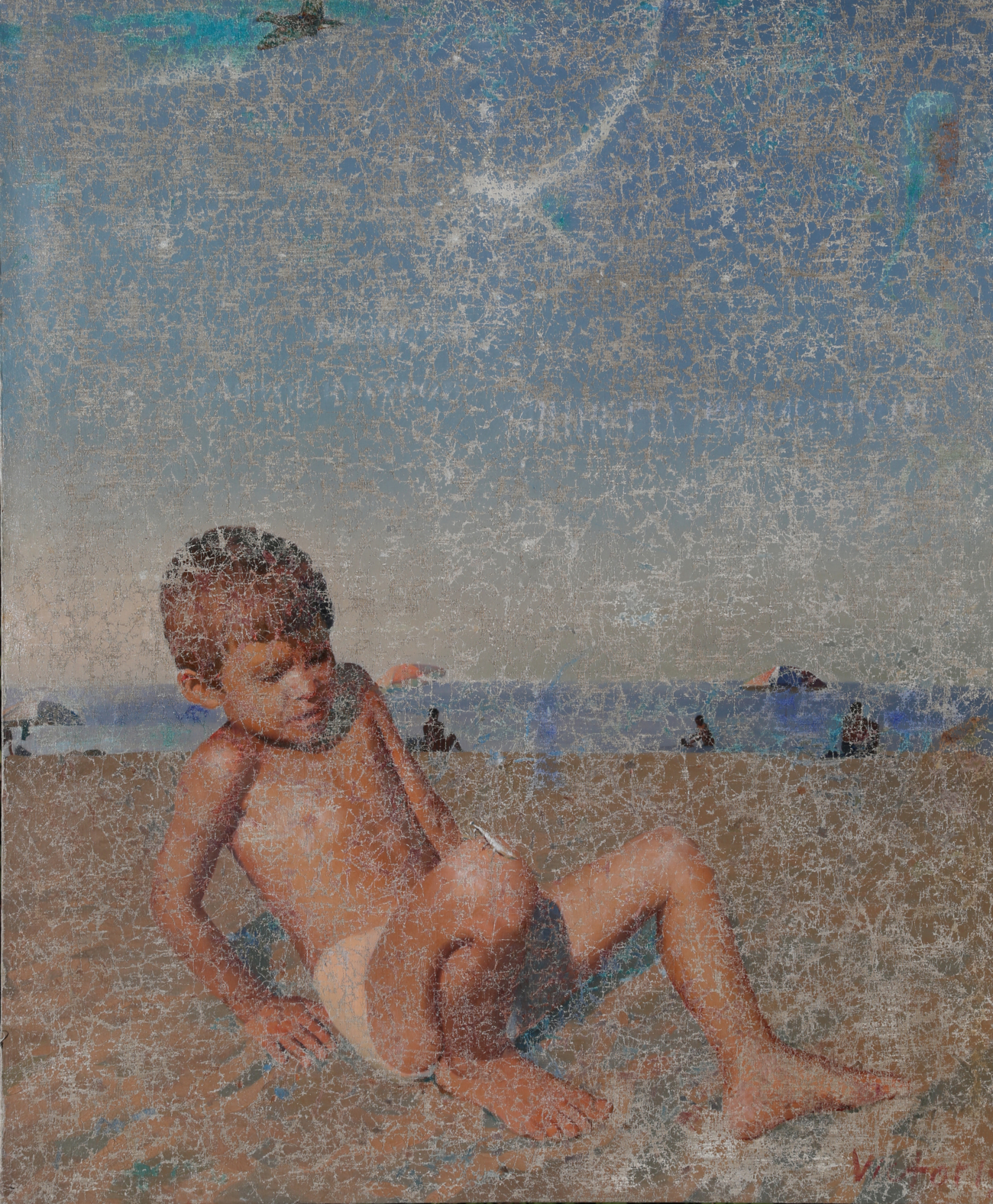 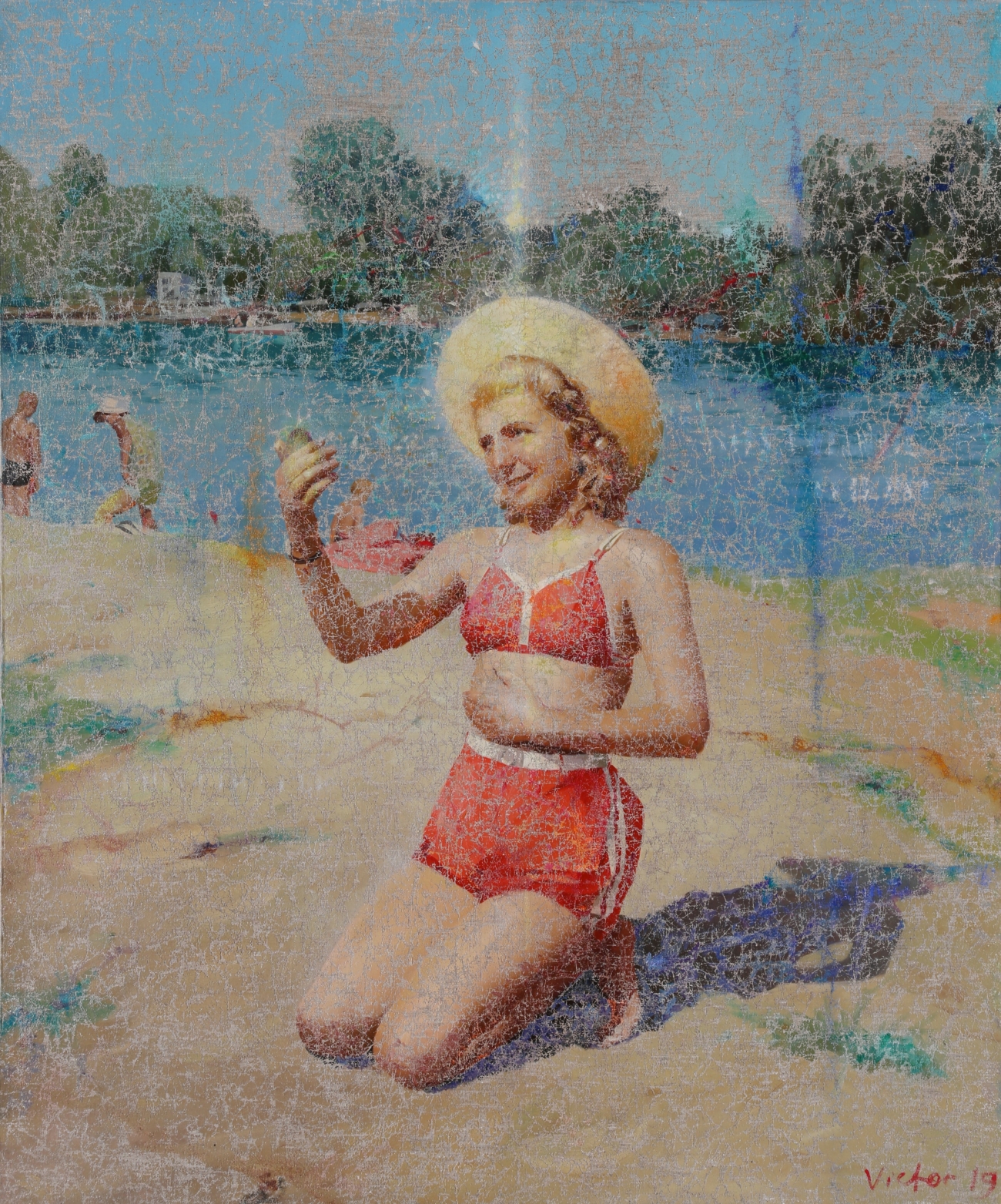 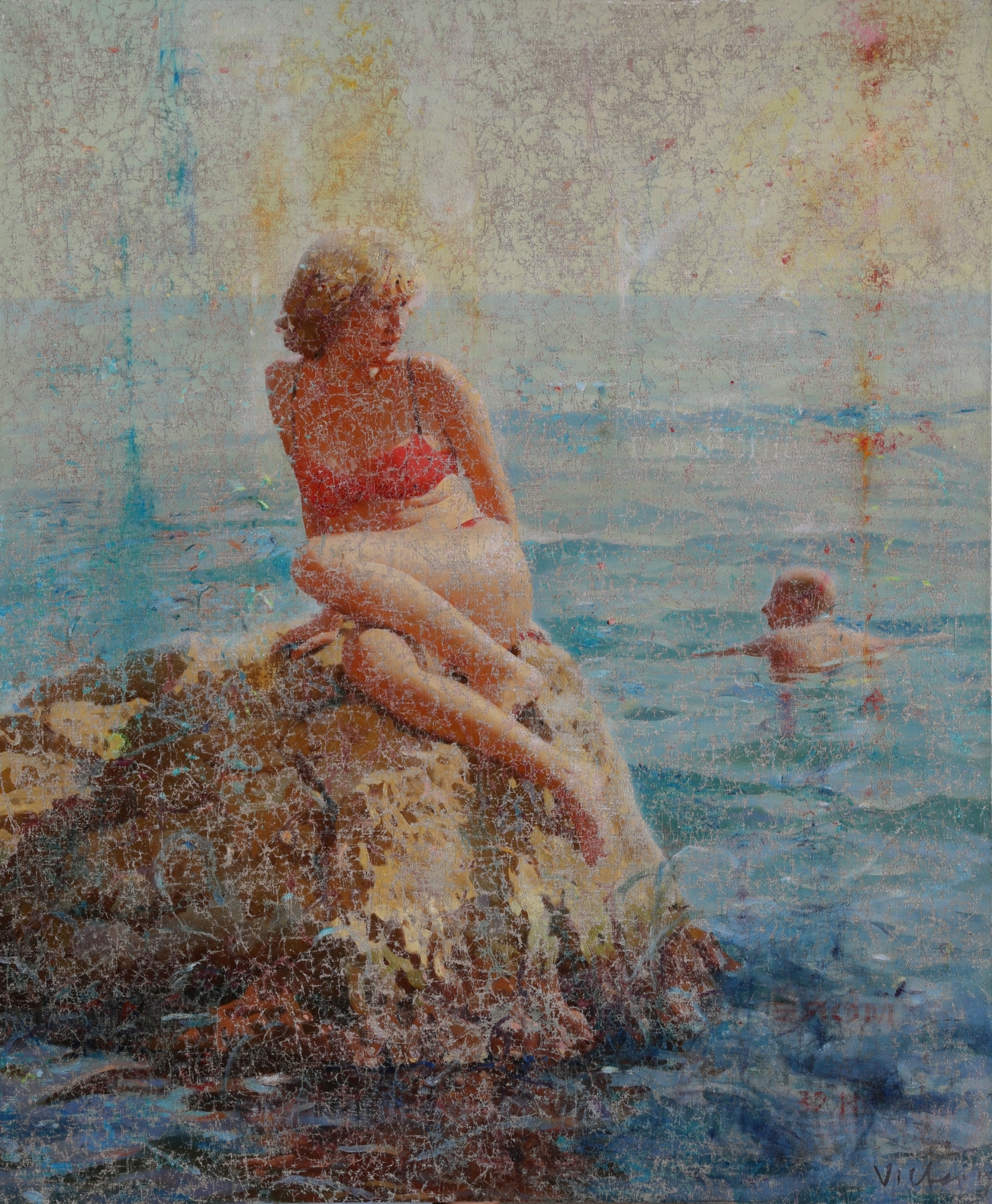 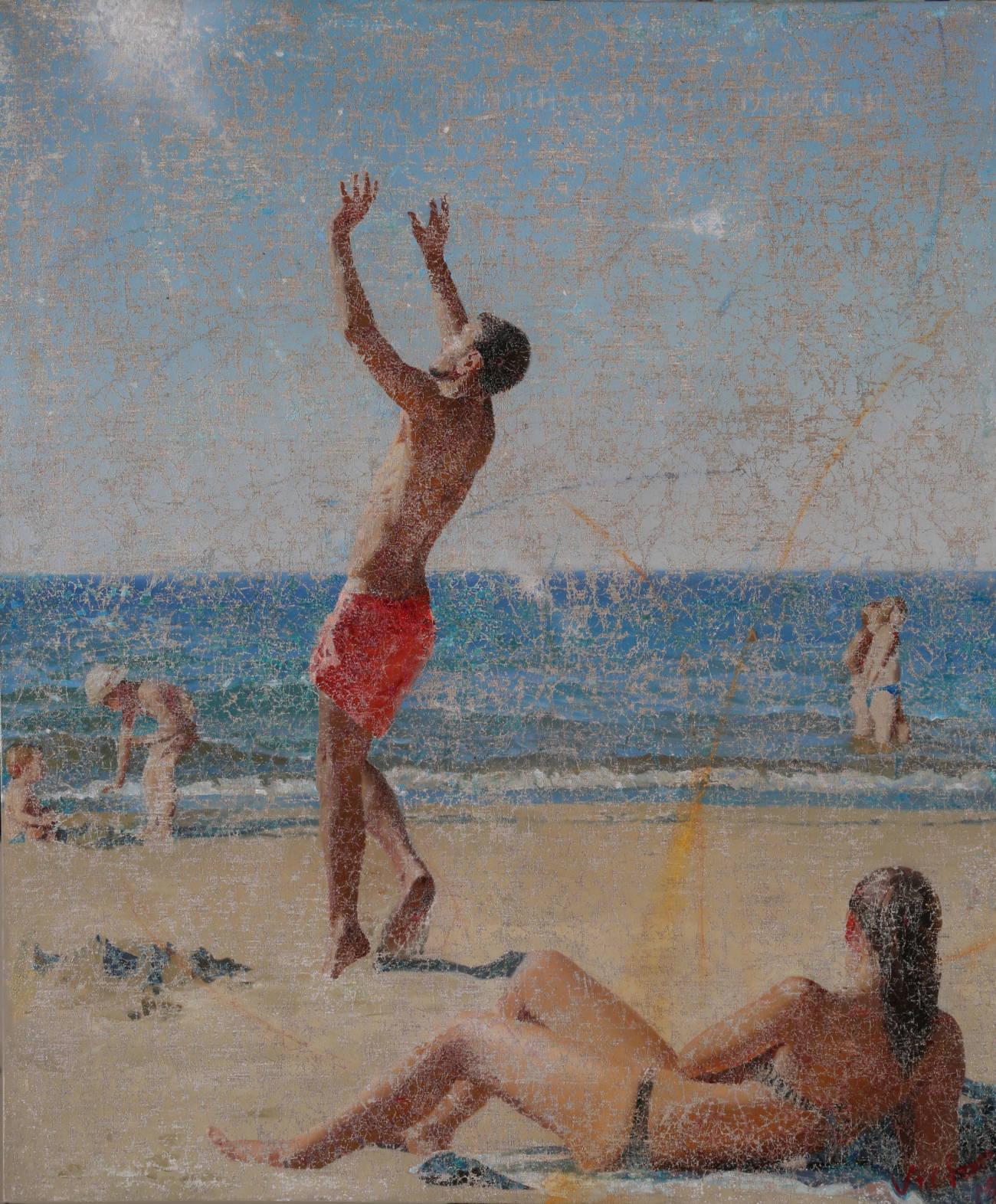 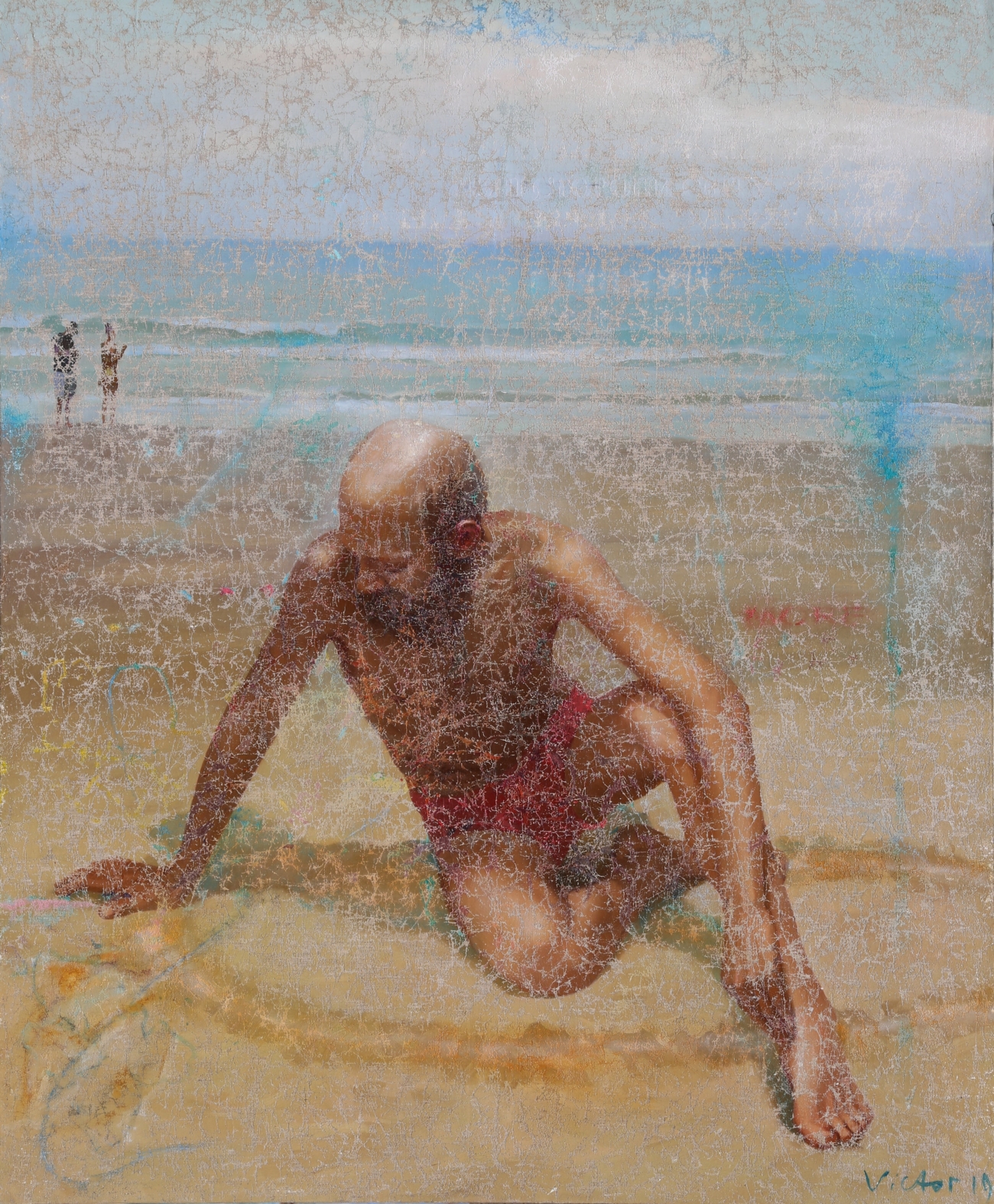 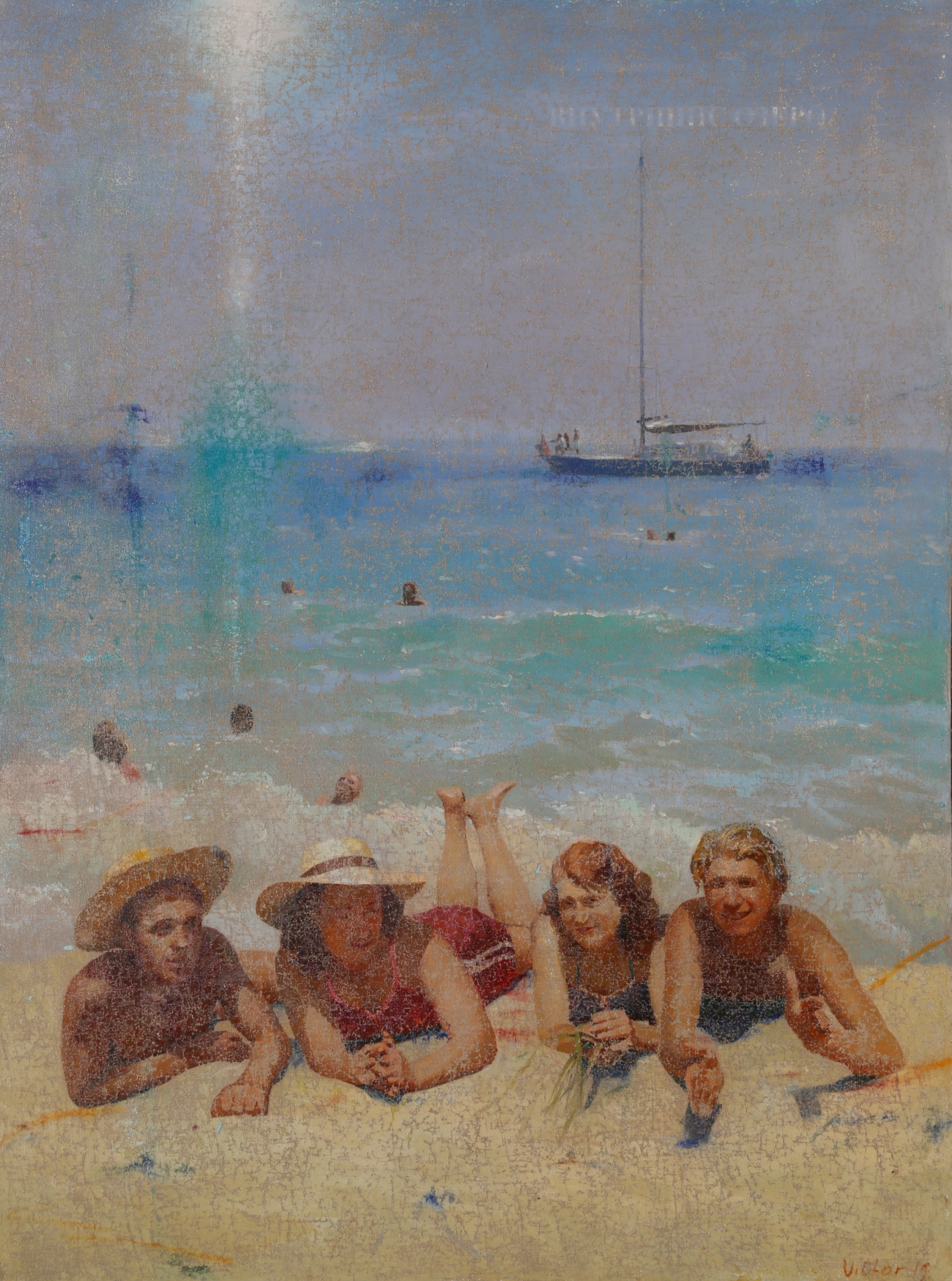 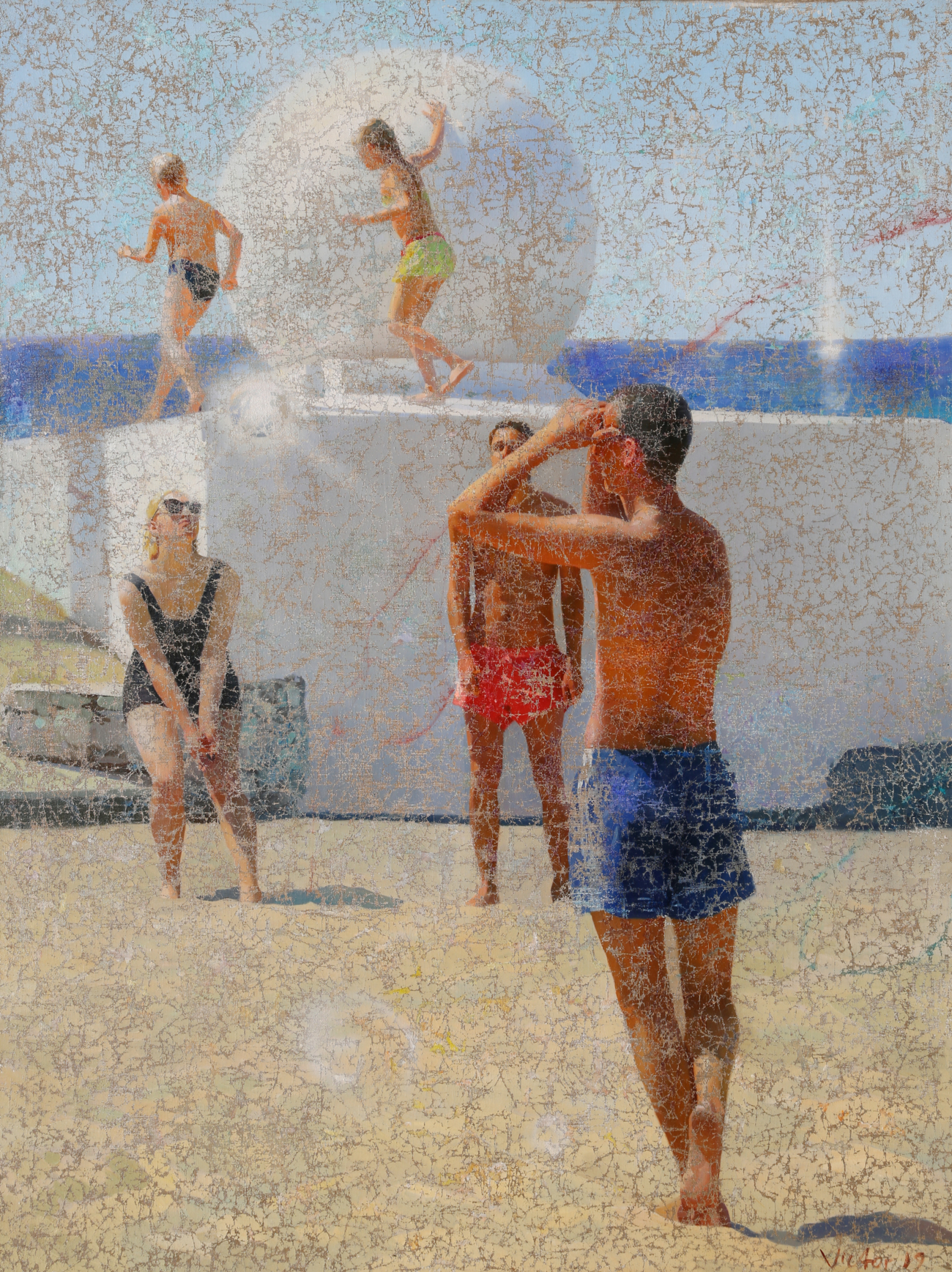 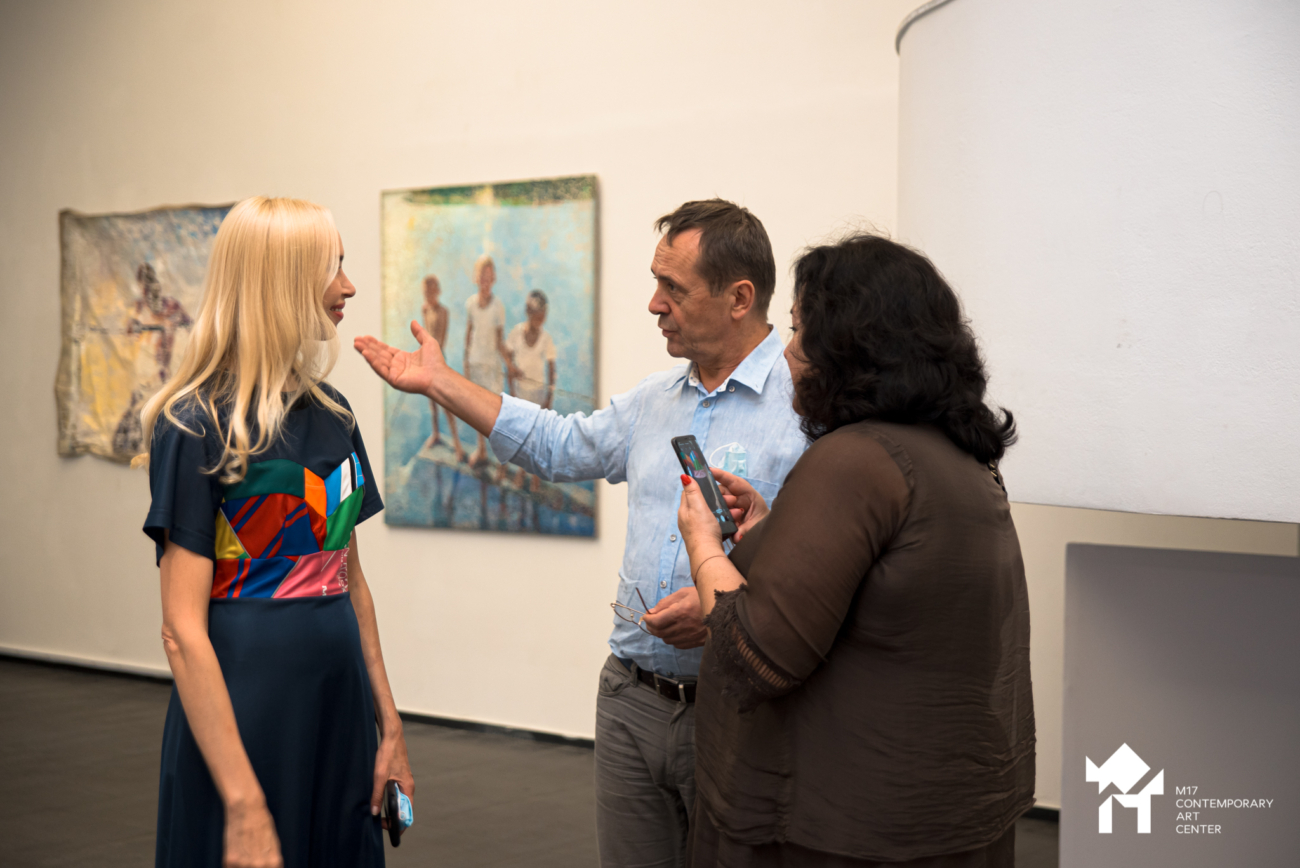 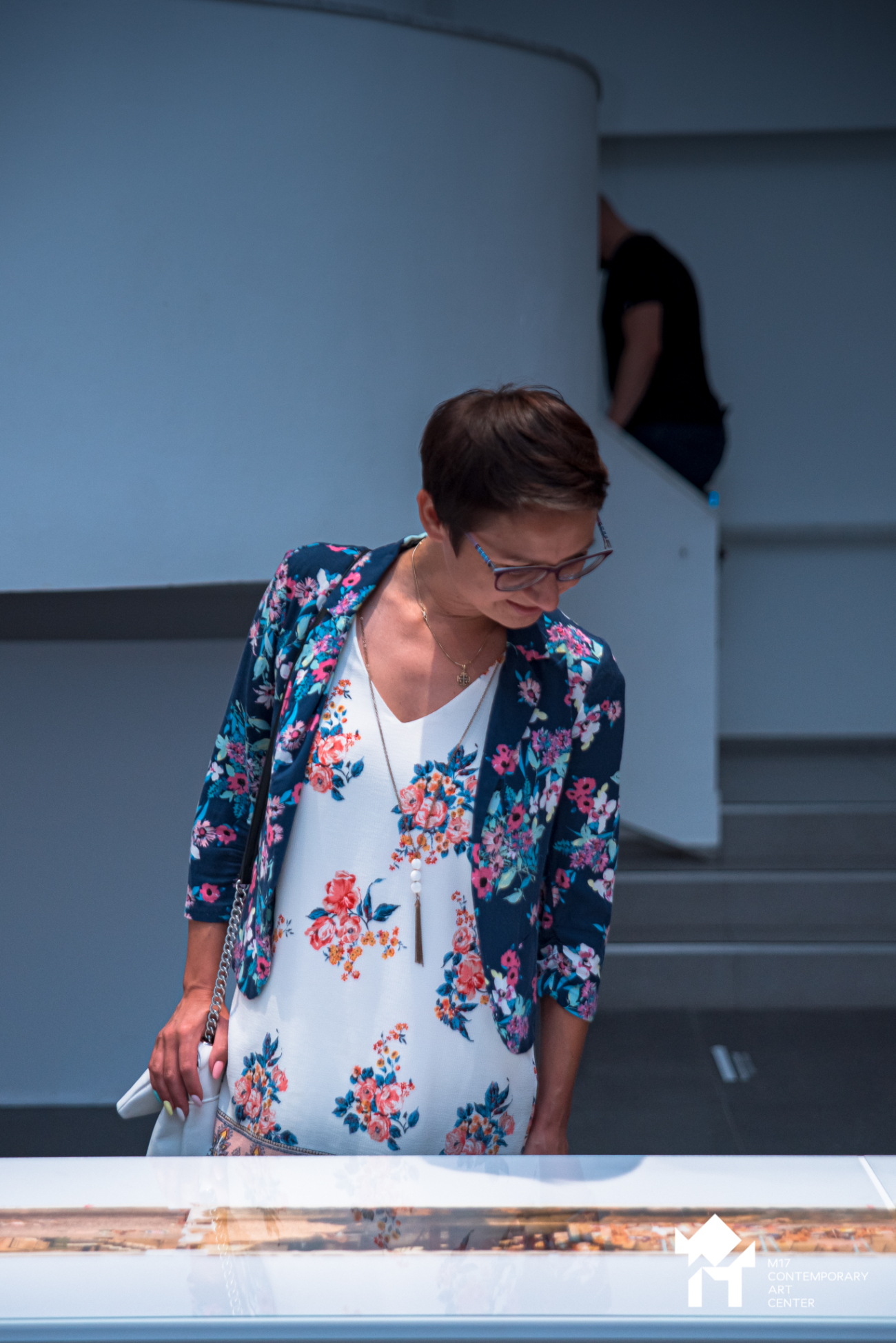 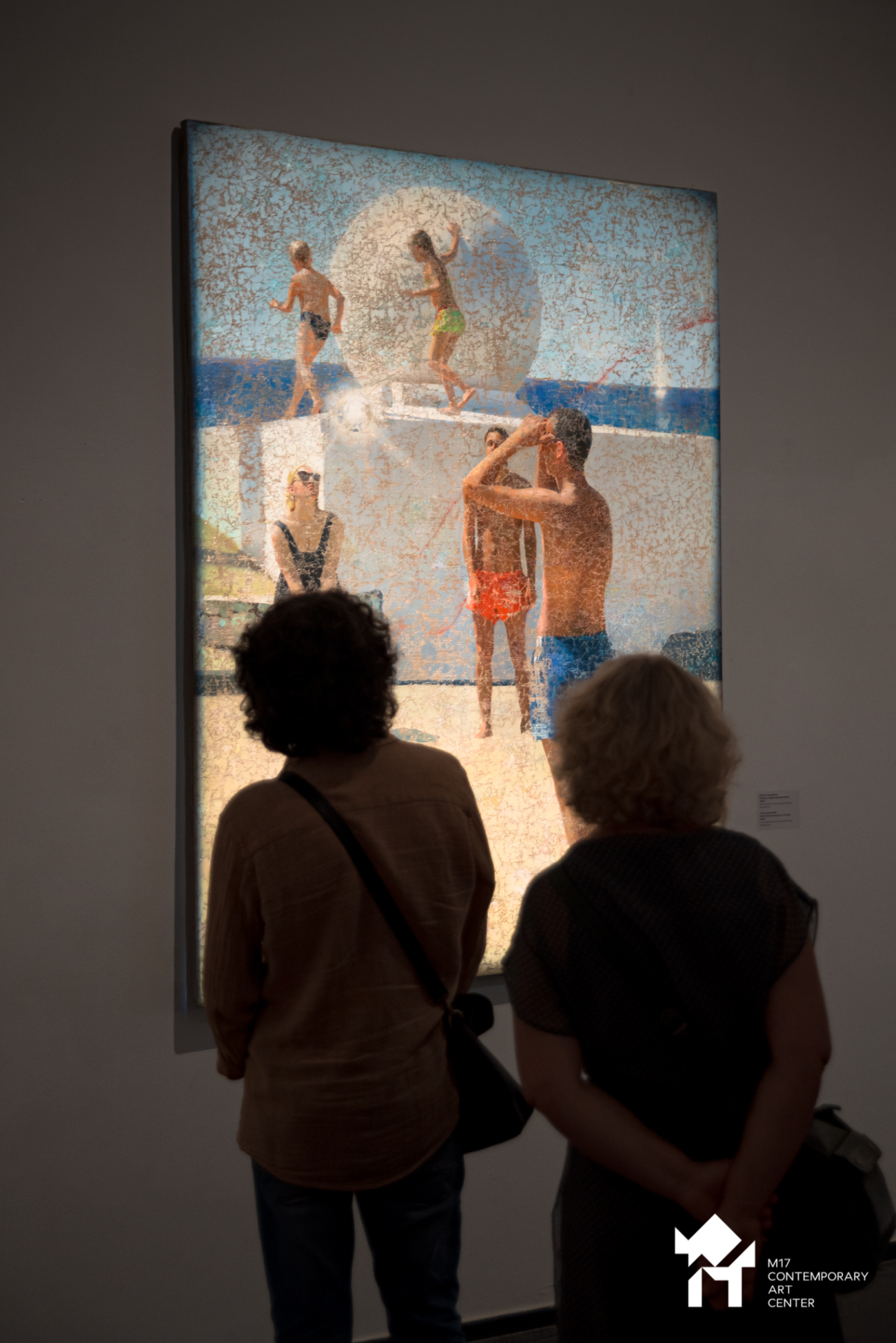 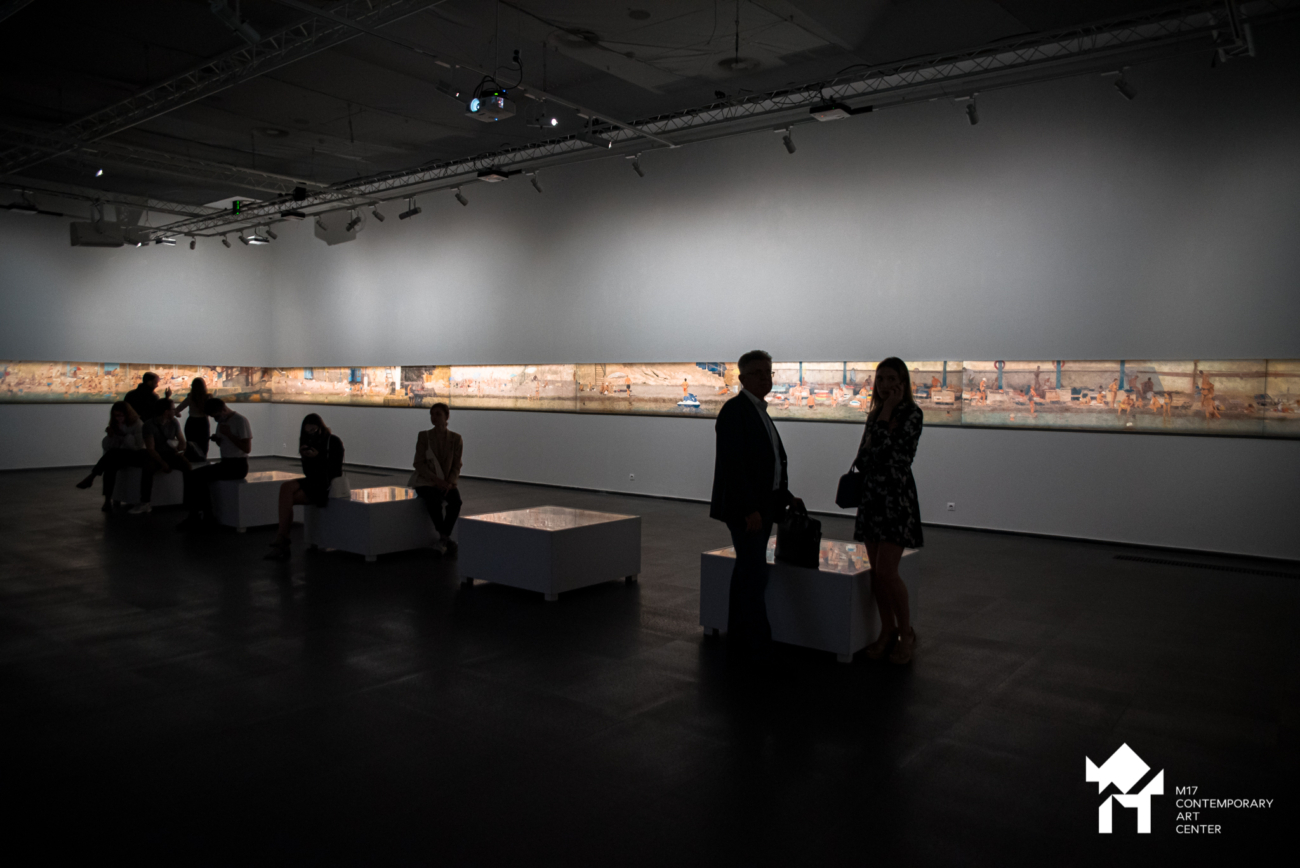 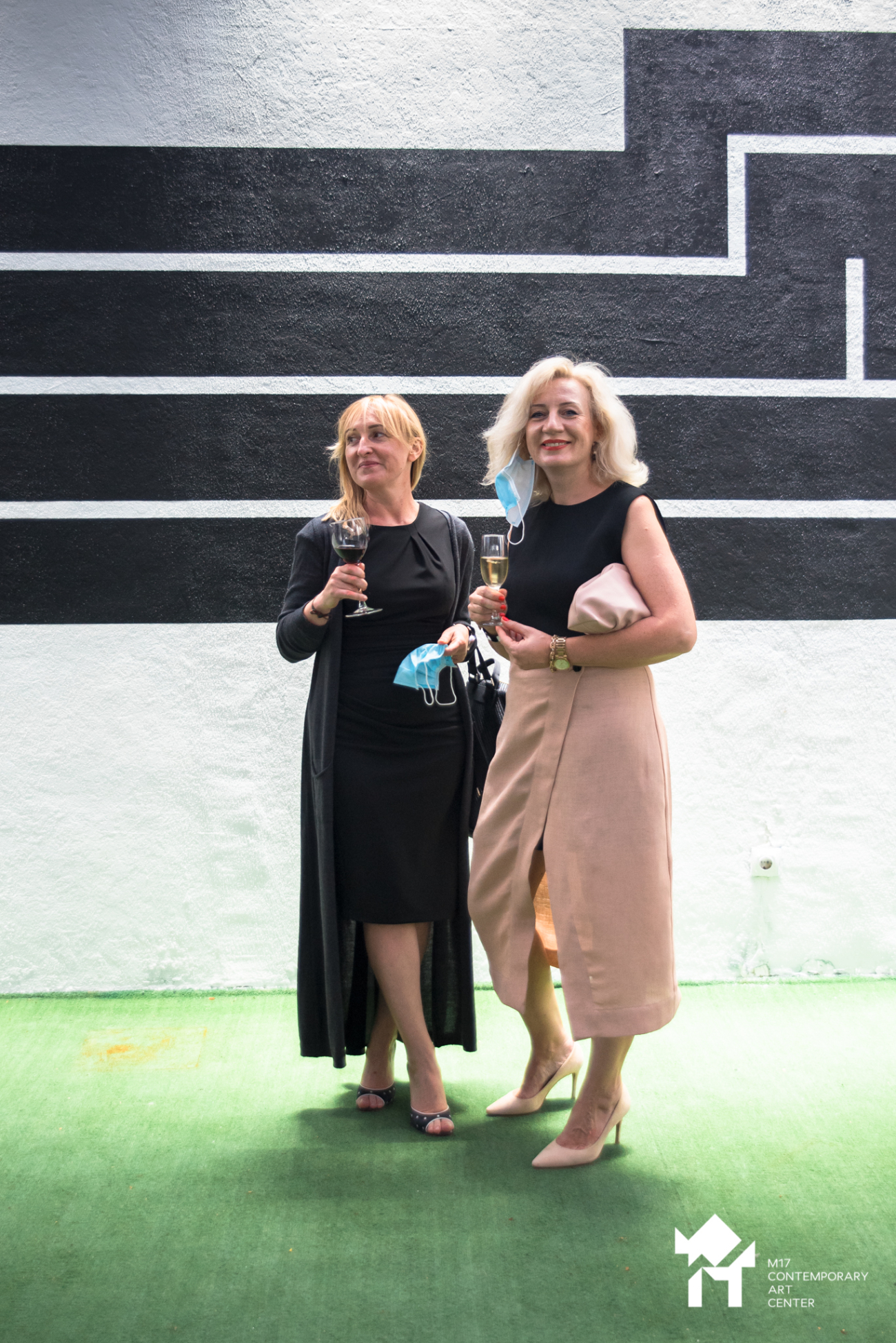 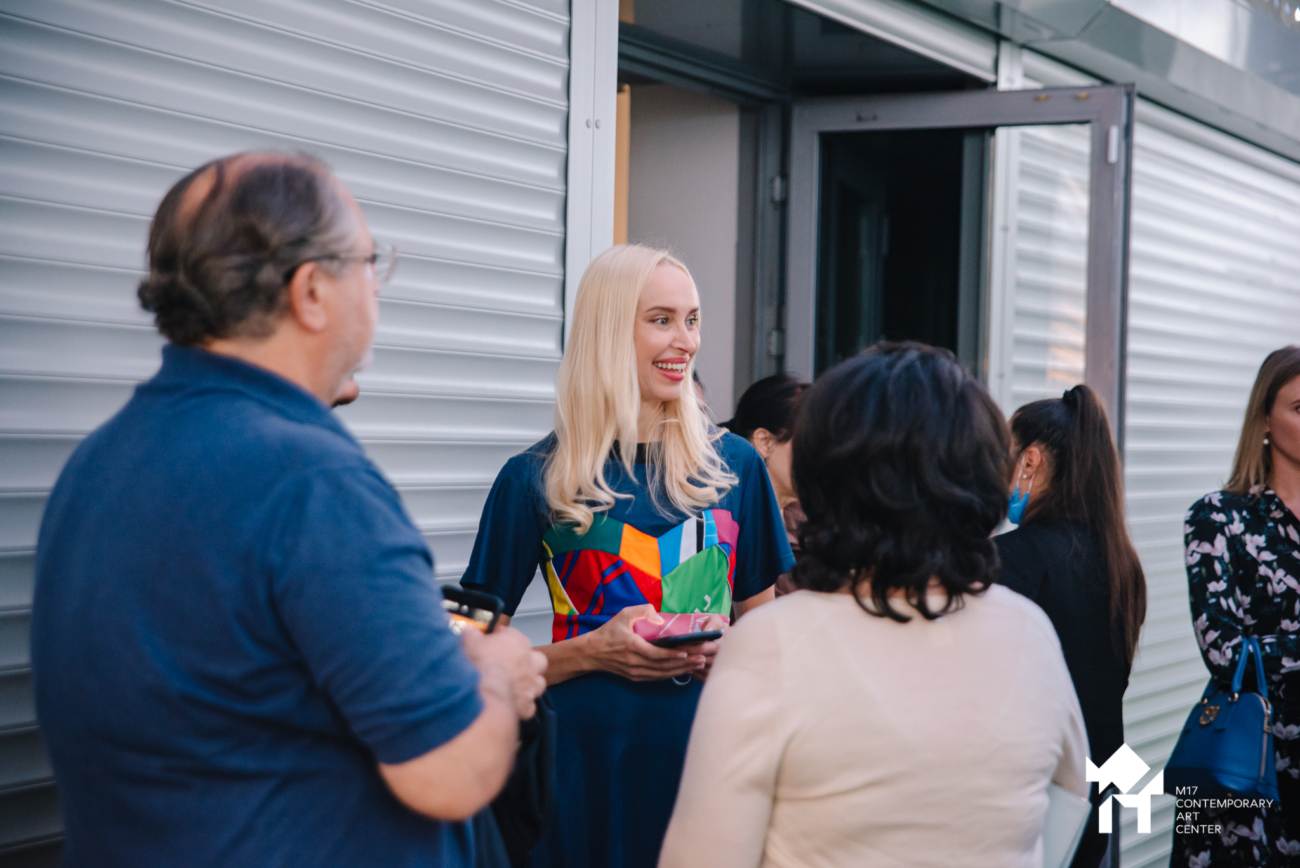 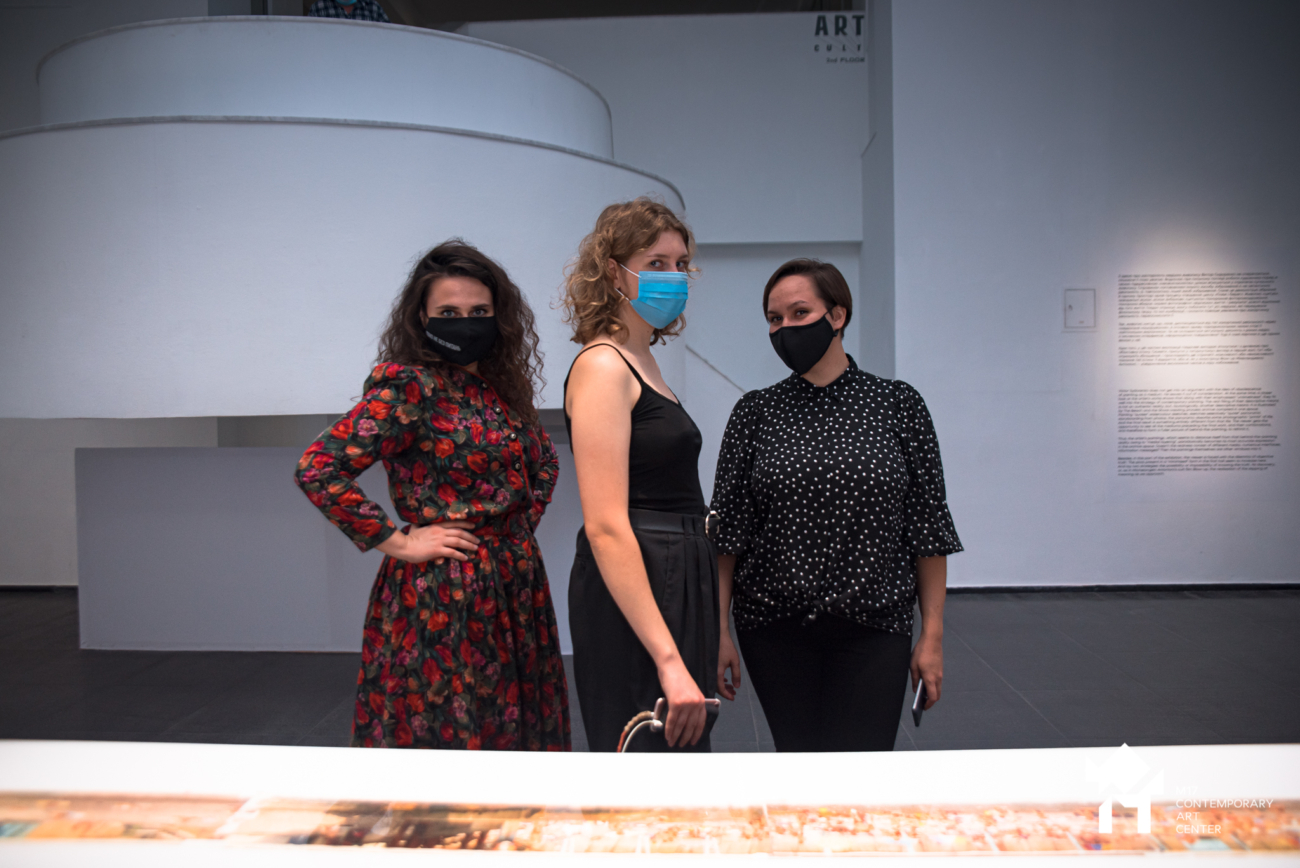 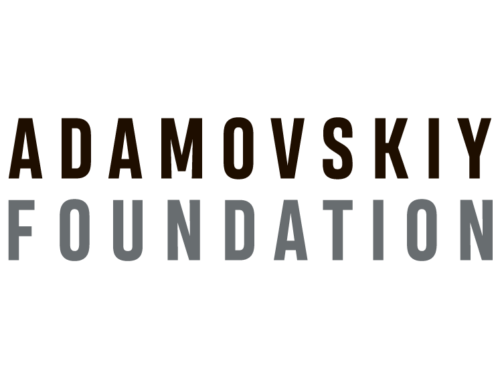 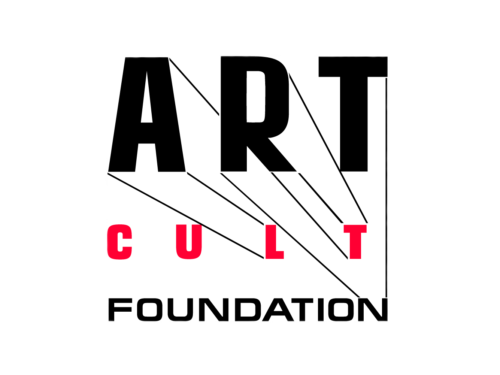