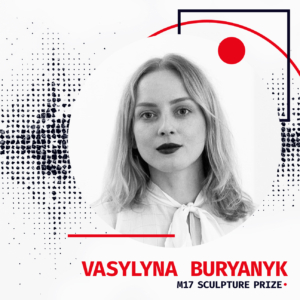 Vasylyna Buryanyk, born in 1985, is a native of Transcarpathia. She studied art from the age of 7. Originally fine, at the Uzhhorod Children’s School of Arts named after Shandor Petofi. Then she brilliantly unlearned at the Adalbert Erdely College of Arts in Uzhhorod, in the design department. Later, in 2010, she graduated with honors from the Lviv National Academy of Arts, Department of Art Textiles.

Textiles became the realm of Vasylyna’s artistic experiments. And experiments are a source of unrelenting passion.

“For me, the concept of creation is identical to the concept of research. When a work appears in partnership with such phenomena as water, light, wind created by air blowers, or with chemical compounds, you are forced to constantly observe and learn. There is a lot of inspiration in all this. ”

The experiments resulted in the creation of three-dimensional objects from synthetic fabrics. But not just three-dimensional, but also kinetic – those that live and change in the process of exposure, reacting with all the above phenomena: emit substances, are subject to pigmentation and more. As living organisms, which these works depict.

Vasylyna uses translucent fabrics, enhancing the feeling of ephemerality. In addition, it places its objects under glass, which is a well-established practice of historical and natural museums. When ephemerality is about being around reality, and about something “bloodless”, and museum is about the past, then there is the effect of double alienation. But this effect is a softening layer that the artist lays between the viewer and the work in order to talk about the present, full-blooded and burning.

“The process of creating and contemplating my installations is usually quite meditative. And it gives me the opportunity to talk about acute, topical issues with the least resistance, to get time and emotional corridors for dialogue about the important.

The list of exhibition projects in which Vasylyna Buryanyk took part can be found here. 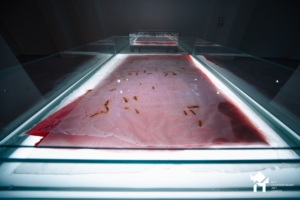 Vasylyna entered the shortlist of nominees for the M17 Sculpture Prize with the project Tears That Solidify and Blood That Doesn’t Clot.

The author describes the concept of her project: “The project is the quintessence of personal feelings concerning the military situation in the country and its tragic essence. It is full of allegories. Everything from the forms of installation, the act of contemplation to the processes has a hidden subtext. The processes in the aquariums illustrate the state of silent despair and contextual helplessness. This is a story about the moments when tragedy and despair are strained to breaking-point. When the extremely high tension at those points leads to perceptual anomalies. What should be dynamic becomes frozen and vice versa. At the same time, the same processes appeal to the static and dynamic nature of ‘roots and pollen’, questioning the unconditionality of these characteristics. The kinetic properties of the installation point to the permanence of movement, the continuation of all the life cycles, despite the drama inherent in personal perception.”

Helen Pheby, an expert of the Selection Jury of the Prize, comments on the project: “Despite being our biology, the human body is an unknown place to most of us, which the artist is referencing in this work as well as showing how it might be considered as a machine. This is a fascinating work that is very professionally presented, as I would expect to see in an international institution.” 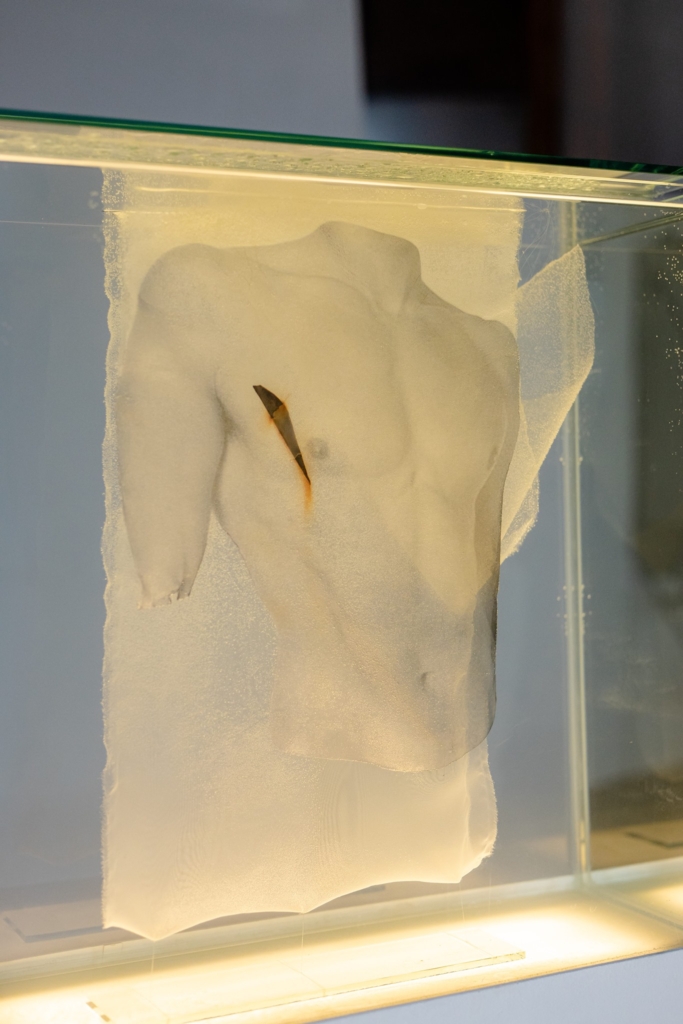 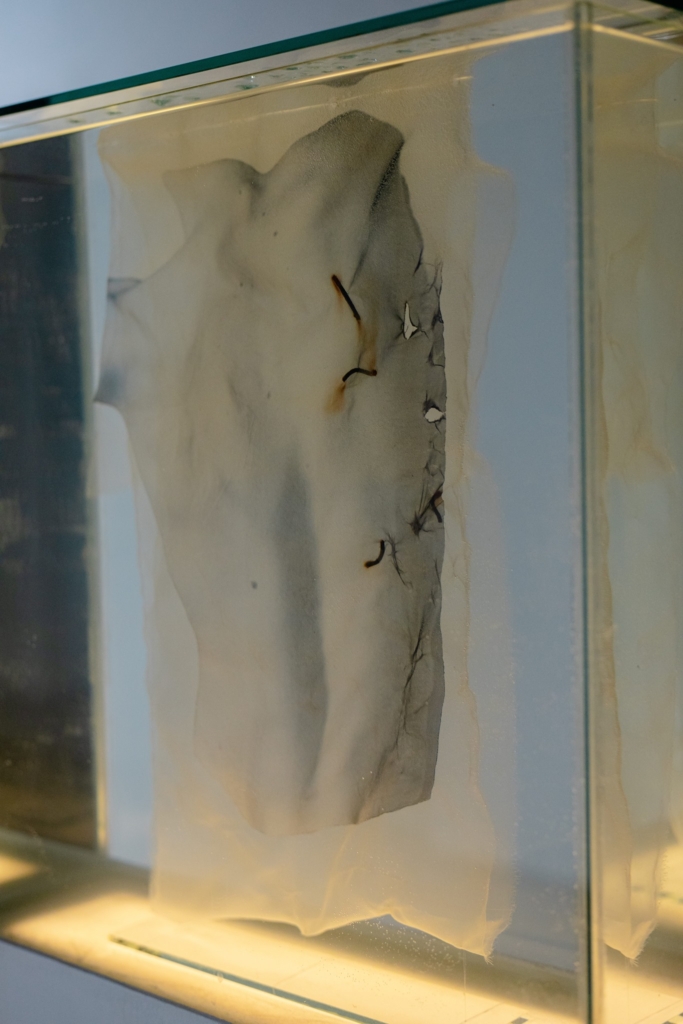 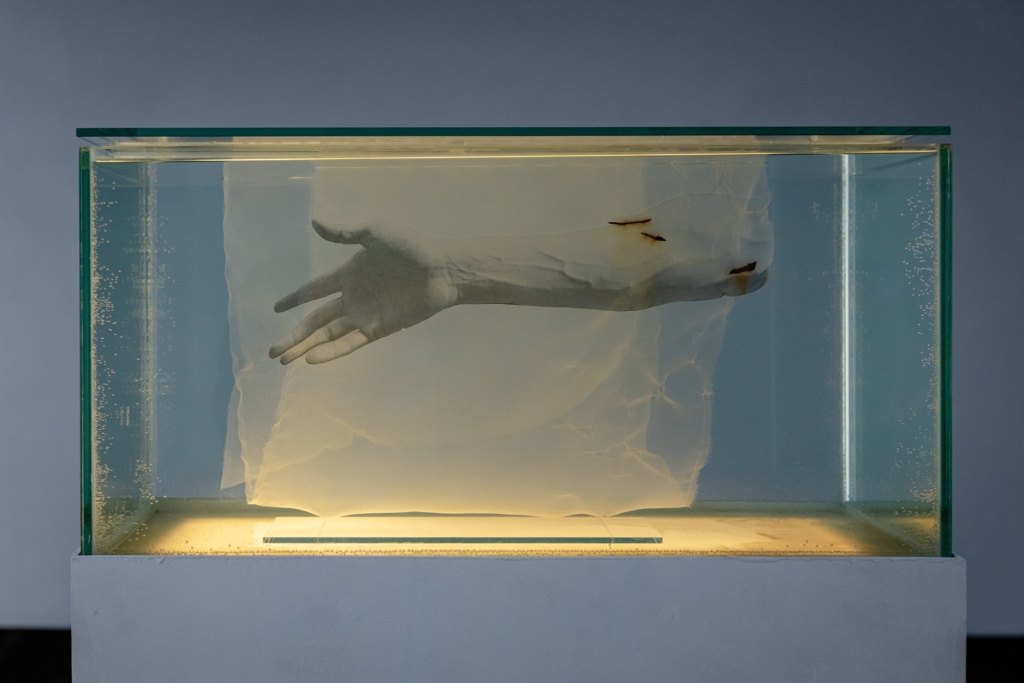 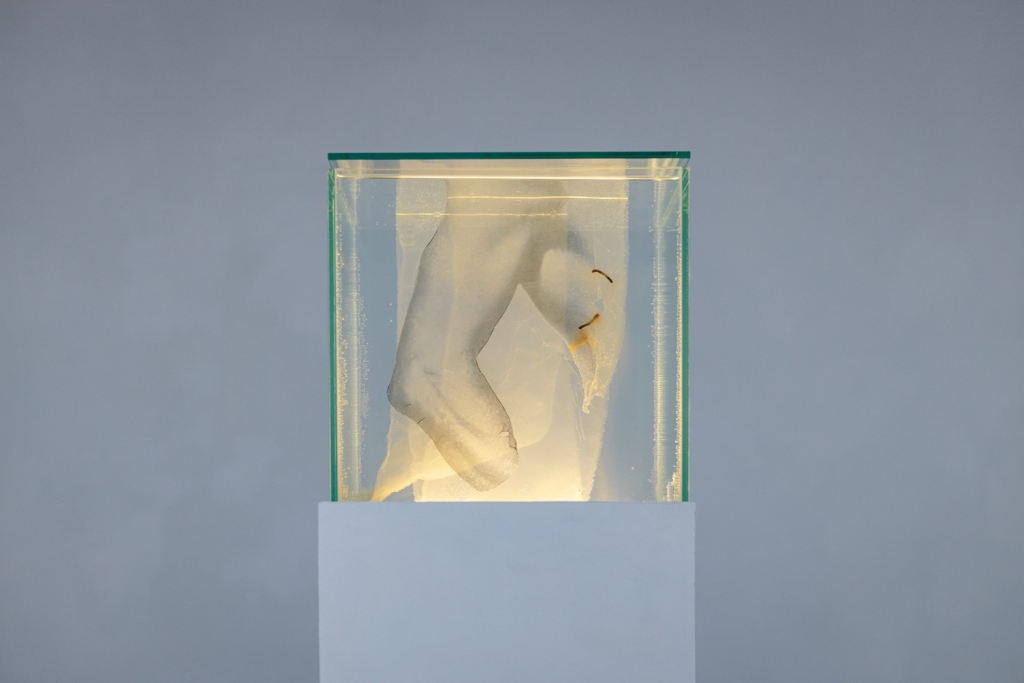 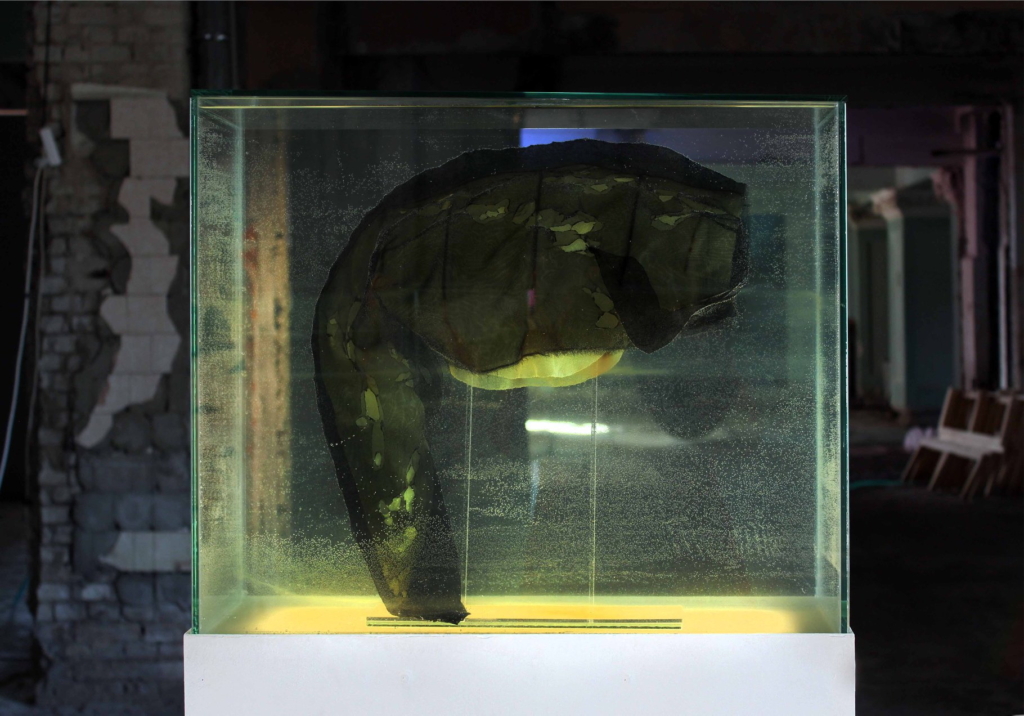 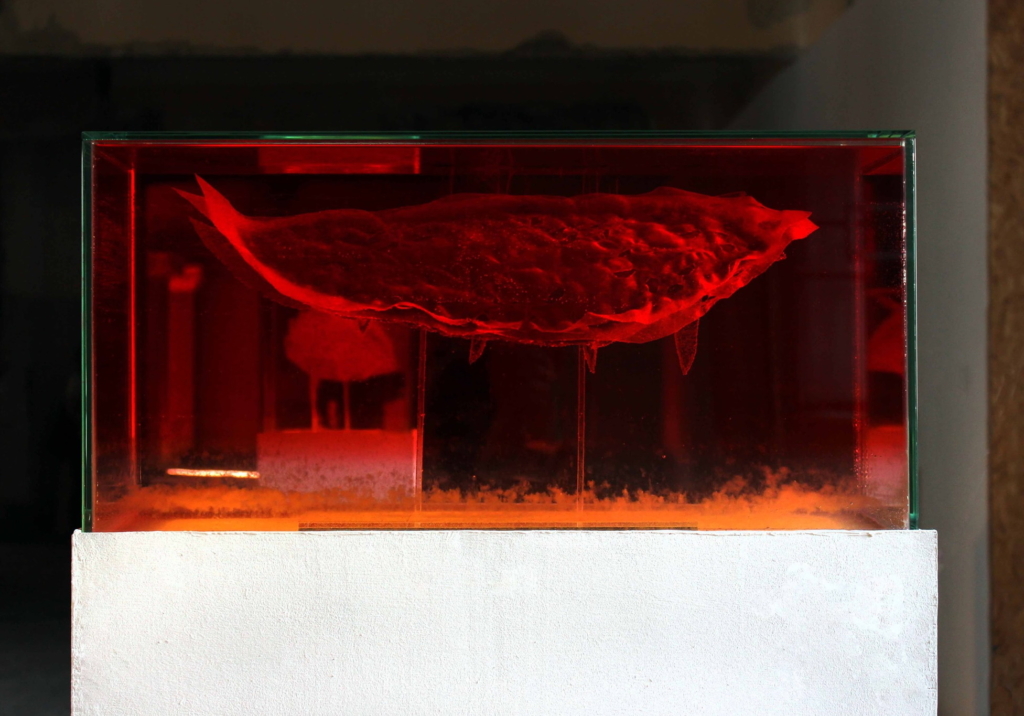 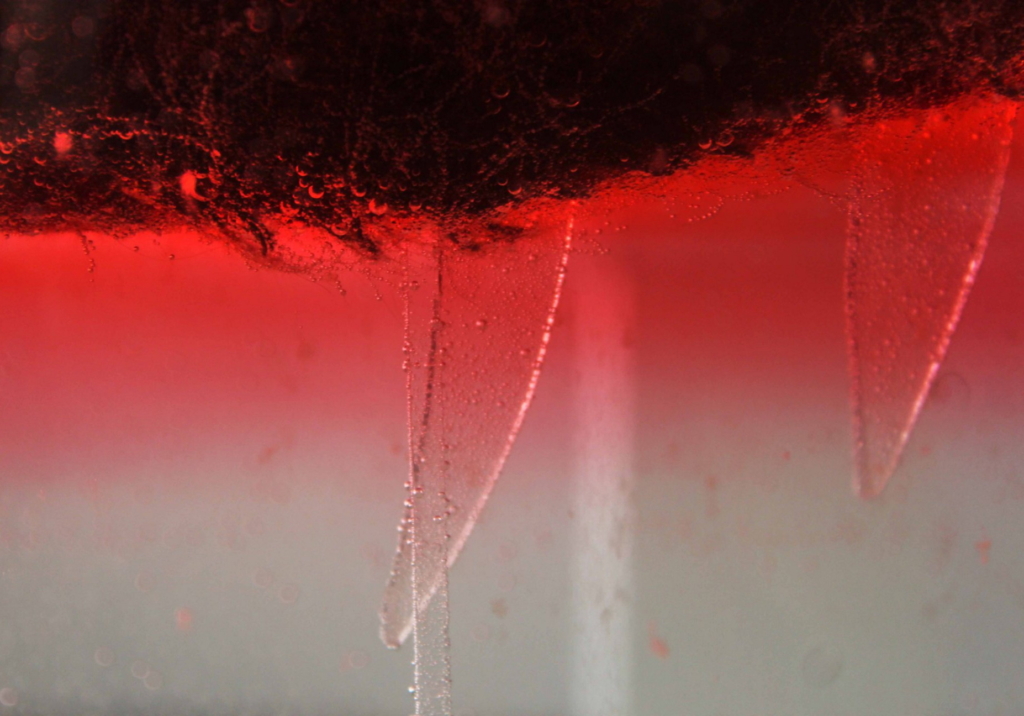 You will be able to see Vasylyna Buryanyk’s Tears That Solidify and Blood That Doesn’t Clot at the exhibition of nominees’ works M17 Sculpture Prize: Roots and Pollen at the M17 CAC.

How does the art museum sound? / M17 in Joe Wilson and Chanelle Collier's project