Vlad Goldakovskiy was born in Kherson in 1982. He studied at Kyiv National University of Construction and Architecture and has been working in the field of architectural design for over 15 years. In 2007, together with other architects Oleksandr Burlaka and Ivan Melnychuk, Vlad co-founded Group of Objects association, which existed until 2013 and was engaged in research and rethinking urban space. He was a member of the curatorial and discussion-activist association “Khudrada”, which has been active since 2009. In 2013, he launched a laboratory of social architecture called “Circles and Lines”, and in 2016 he opened his own studio of architectural and interior design – Goldakovskiy Group Architects (GRA).

Vlad is an active subject of social communication: he blogs, participates in discussions and forums, gives interviews. In fact, working with sculpture became an additional means of communication for him. Therefore, when asked about the tasks and goals that his activity in the field of art and architecture corresponds to, and about the difference between them, Vlad answers that he does not distinguish between them.

“It’s about different methods and different target audiences. When working with sculpture, I talk about thinner and older things, deeper than I think. In architecture – I work with a wider range of issues, with more functional and utilitarian factors. But globally I do not share these things. It’s like you have a head and you have a body. I would even say that I work in architecture as a sculptor – I twist a model, sculpt it. The spatial factor of expression is the most important for me”.

The authorities are interested in a wide range of problems. For example, he thinks a lot about the paradoxes of democratization in society, as well as in art and architecture, when in times of pluralism of opinion and lack of prescriptions for statements, we suddenly found ourselves in a situation of “say nothing”; about the value of the product, which is obtained under such conditions. From these reflections came the project submitted to the M17 Sculpture Prize. The broadest is that Vlad’s intentions concern the necessary social and spatial transformations.

“I want my work to resonate. Because the ideas I carry, in my opinion, are very important for the public and its development. I see myself as a preacher of my ideas and values. The idea of ​​the evolution of society is something I will talk about using various mediums: exhibitions, the Internet, publications. When it comes to sculpture, of course, I would like to work with the public space so that my ideas can influence a larger audience and everyone can have access to them”.

The list of exhibition projects in which Vlad Goldakovskiy took part, see here. 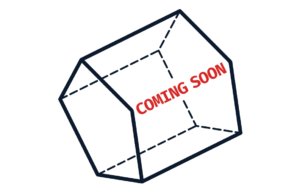 The author describes the concept of his project: “I was born in the USSR. You might probably say that my roots were surrounded by the Iron Curtain. At any rate for a while. My family wanted so much to get rid of that curtain. And at a certain point what I’m made of finally received the freedom to develop. We got rid of material borders. But instead, we gained the inner ones. I live in the modern world. I can go and put down roots wherever I want. It looks like I can choose and do what I want. But can I choose what to want? I speak with the influence of a dictator’s voice. I think in the way the media tells me to think. I hate those who have been ‘pointed the finger’ at. The Iron Curtain is here again. It has complete control over me. Even stronger than it had in my childhood.”

Marianna Wagner, an expert of the Award Selection Jury, comments: “The sound component is very relevant and must unconditionally be part of the work. The speeches are as annoying as their speakers and this makes it very up to date. This element must be updated through the artist throughout the years – a detail, which makes this work quite performative and shows how ‘free’ a country will be/is”. 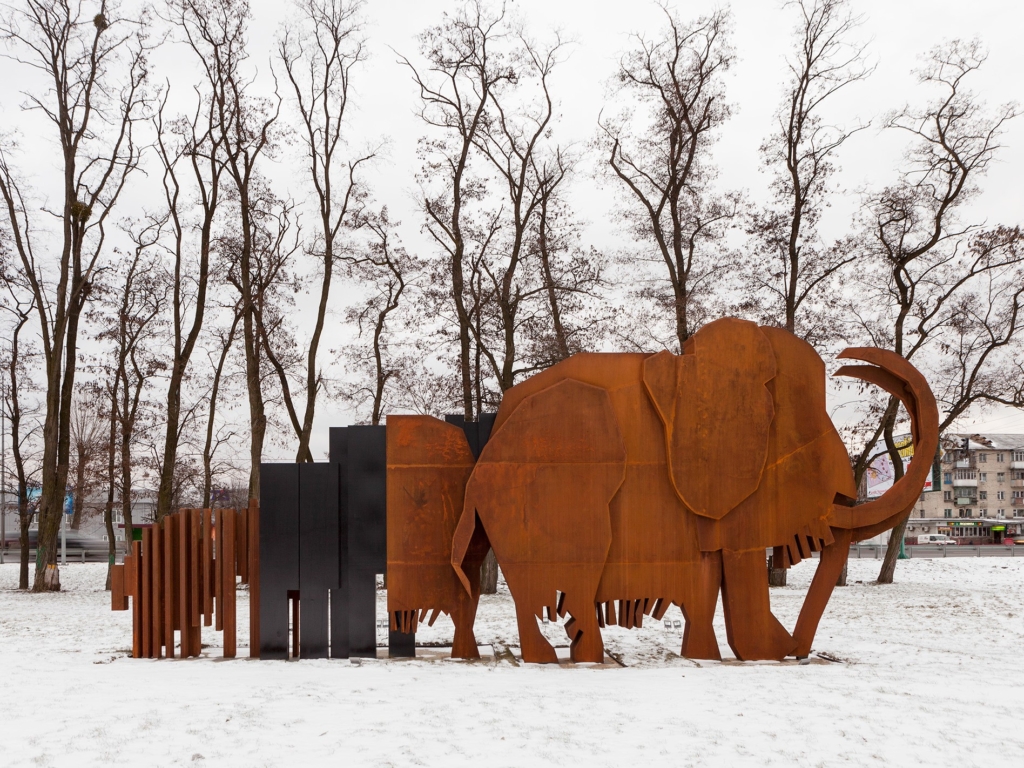 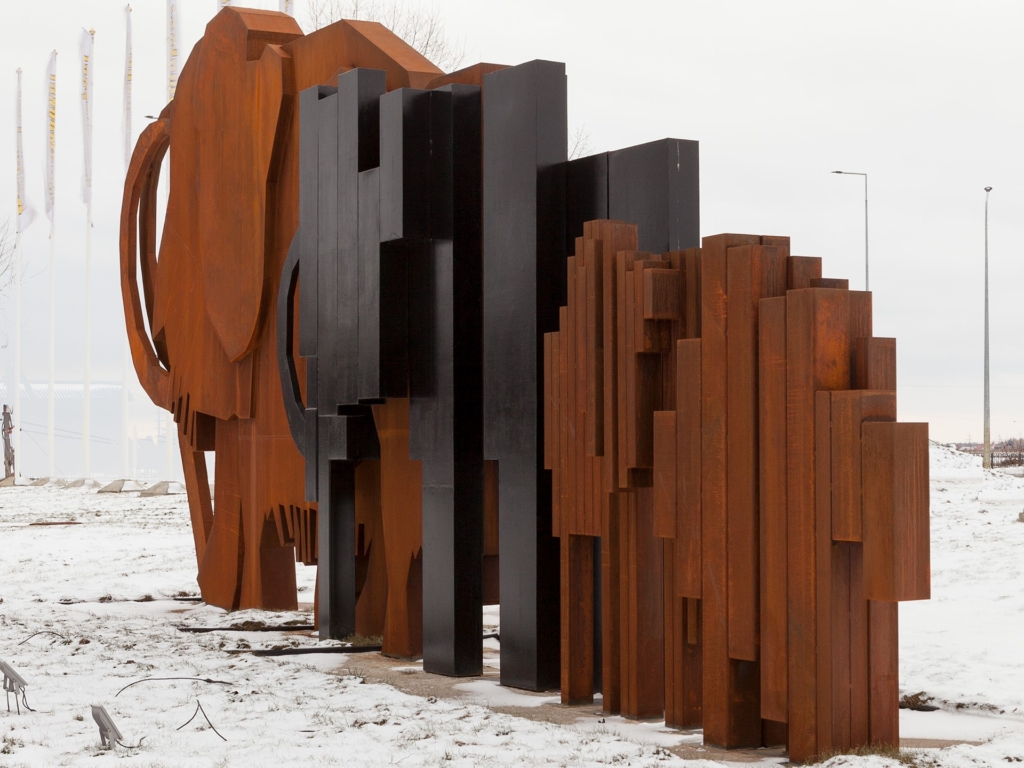 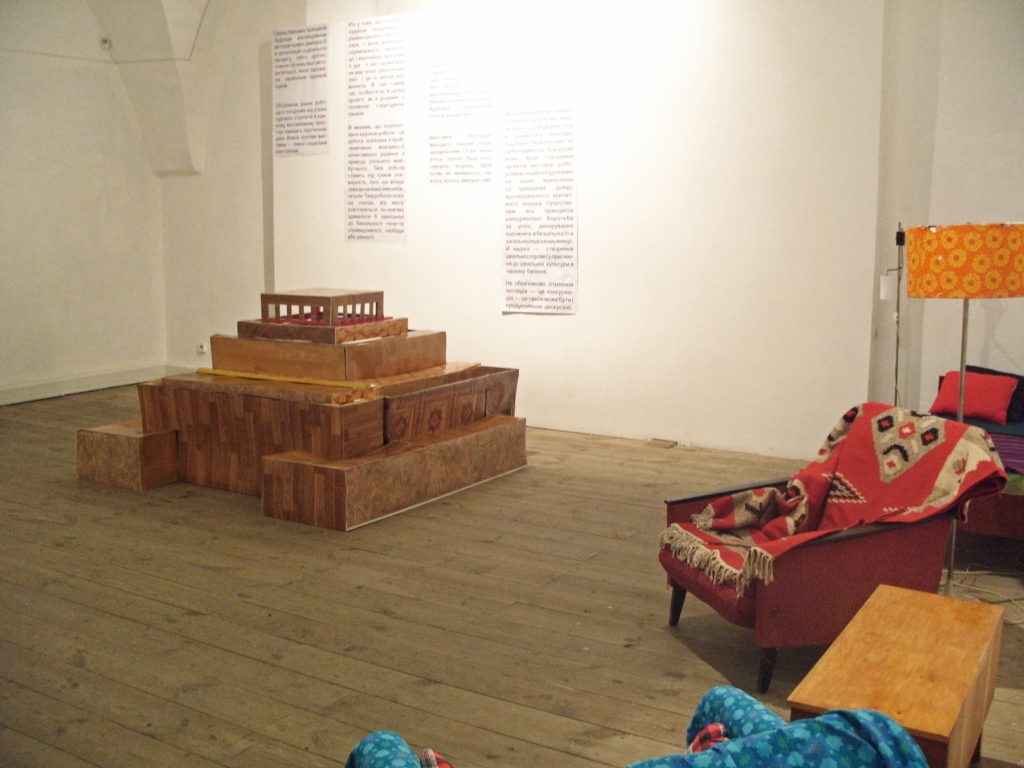 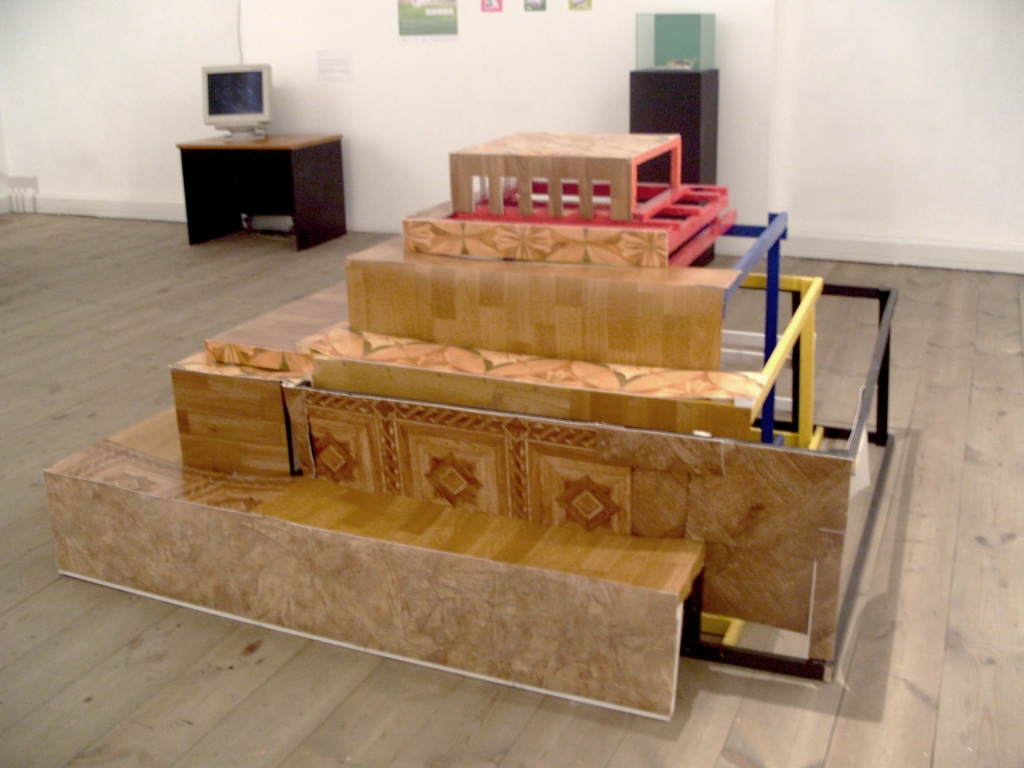 You will be able to see in what form Vlad Goldakovskiy’s Iron Curtain will be embodied, at the exhibition of works of nominees of the M17 Sculpture Prize at M17 CAC. Details later!