In the eye of the Storm. Rediscovered Ukrainian modernism in the Fondation Beyeler

On June 15, The Fondation Beyeler (Basel, Switzerland) hosted a presentation of the Ukrainian project “In the Eye of the Storm. Modernism in Ukraine 1900-1930s”, which is scheduled for autumn 2022 at the Thyssen-Bornemisza National Museum in Madrid, Spain.

The project’s team strives to establish the identity of Ukrainian modernism, which has long been overshadowed by Russian art trends. It will become an in-depth study of twentieth-century Ukrainian art, exhibited at international art institutions.

Director of the Fondation Beyeler Sam Keller stated the importance of the project and manifested an interest in the history of Ukrainian modernism, which highly deserves more attention and research
by international institutions.

Curators Kostiantyn Akinsha, Katia Denysova and Olena Kashuba-Volvach determined an aim to explore the multifaceted personalities of artists historically known as the representatives of the Russian Avant-Garde and recognize their belonging to the Ukrainian art scene and community.

The international community stands by Ukraine in the fight for the acknowledgement of Ukrainian modernism. Guillermo Solana, Artistic Director at the Thyssen-Bornemisza National Museum (Madrid), emphasized the significance of examining and re-evaluating Ukrainian art in general, and modernism in particular, as well as the importance of the Thyssen-Bornemisza National Museum to stay in solidarity with Ukraine, and at the “epicenter” of an important event in the art space.

Natalia Shpytkovska, Director of M17 Contemporary Art Center (Kyiv), defined the fundamental aim of the modern Ukrainian and international art communities by saying: “The time has come to discover, distinguish and learn more about the culture for which Ukrainian people are now fighting and dying for.”

Creative director at the Ukrainian institute Tetyana Filevska said that Ukraine is now at the avant-garde of geopolitical crisis, fighting for the values of freedom and dignity, for a future that is threatened by Russian aggression against the world.

British collector and expert in the field of the Ukrainian modernist tradition James Butterwick made a presentation to draw attention to the role of the Ukrainian artist Oleksandr Bohomazov in the global context.

Philanthropist and project partner Natalia Cola said: “The recognition of Ukraine’s contribution to modernism is a cause close to the foundation’s heart [The Natalia Cola Foundation]. Being a lifelong passionate supporter of the arts, we find it a great honour to play a small part in facilitating this exhibition and discourse.”

Ukrainian philanthropist and collector Andriy Adamovskiy stated: “This project is deeply symbolic, because the homeland of the avant-garde is Ukraine, and nowadays the support of Ukrainian art is of utmost importance.”

The exhibition will feature unique artworks from leading Ukrainian museums, public and private collections from Western Europe (the UK, Germany, the Netherlands, Austria). “In the Eye of the Storm. Modernism in Ukraine 1900-1930s” is created in collaboration with the National Art Museum of Ukraine and other Ukrainian institutions.

The partners of the presentation are The Fondation Beyeler, The Natalia Cola Foundation, Ukrainian Institute, Artcult Foundation, Artelia consultancy (headed by Liliya Tippets) and the Ukrainian project “Strong & Precious” (headed by Olga Oleksenko).

The joint organizers of the presentation are the charity foundation “Art for Victory UA” and M17 Contemporary Art Center in Kyiv.

Details about the project and photos from the presentation are available for viewing on the “projects” page.

You could find videos from the speakers of the presentation on our YouTube channel:

Our team is looking for a partner to publish a catalog of the exhibition in English with a circulation of about 2,000 copies. To look at the presentation of the catalog, join the link.

To make charitable contributions and support project, join the link. 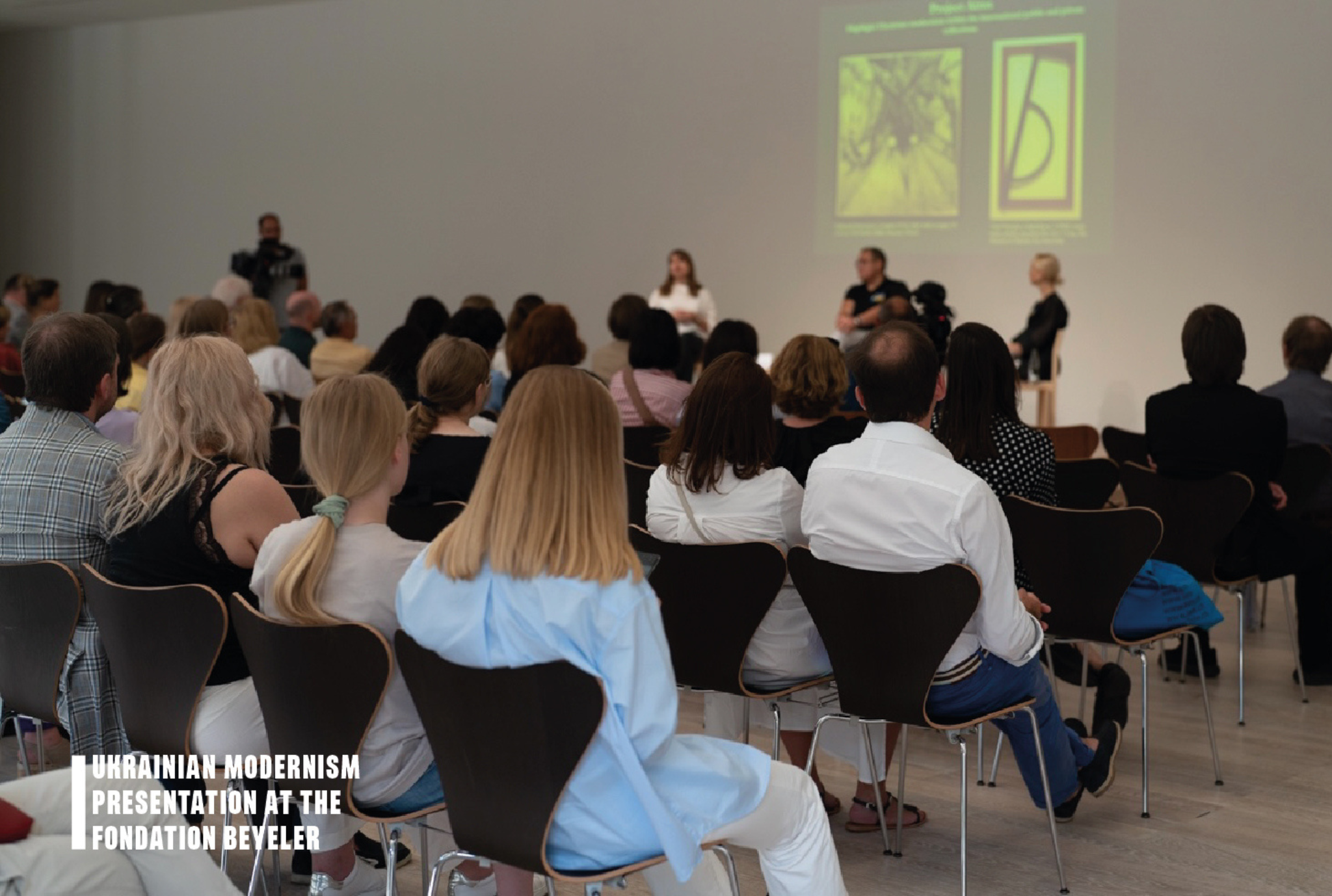 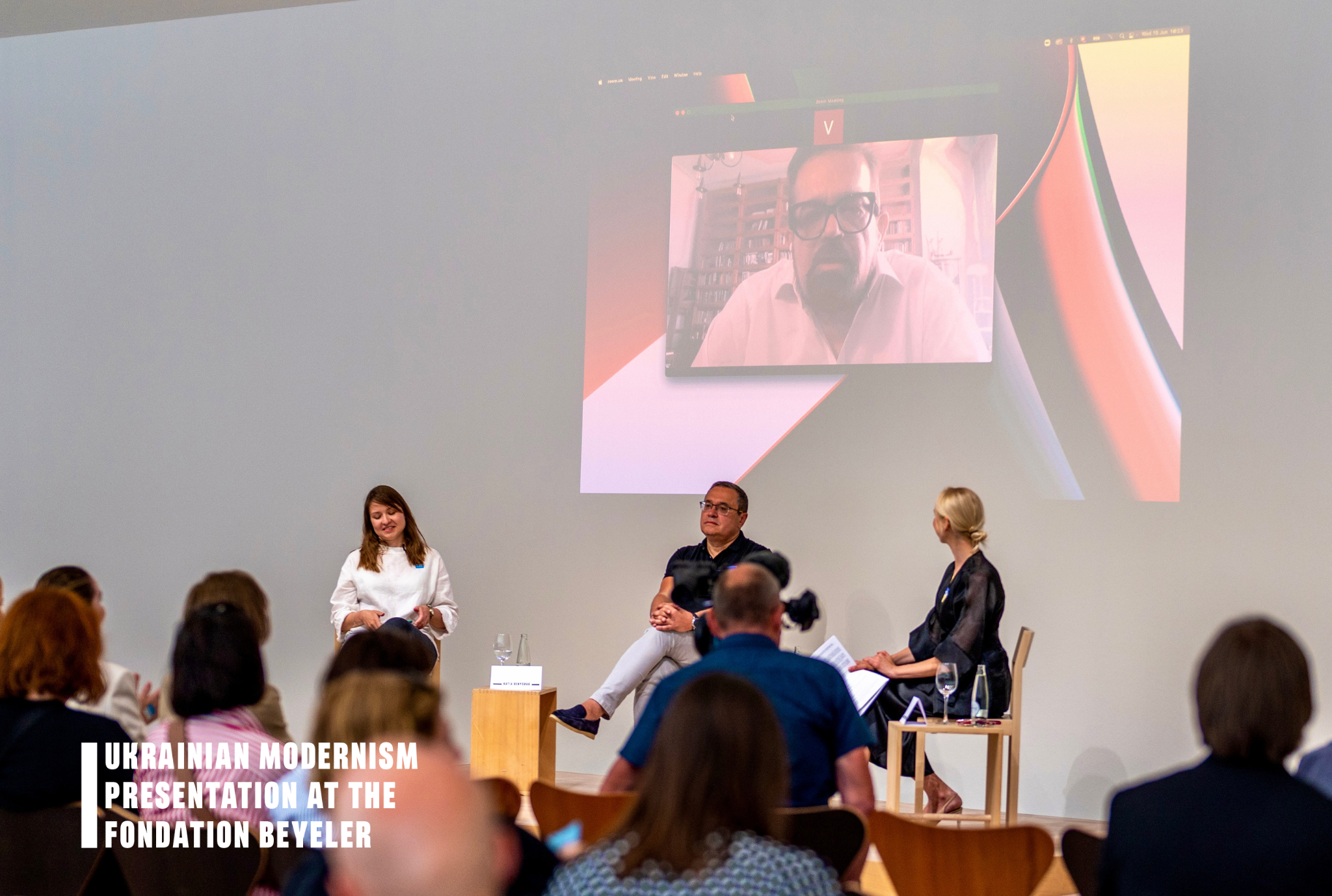 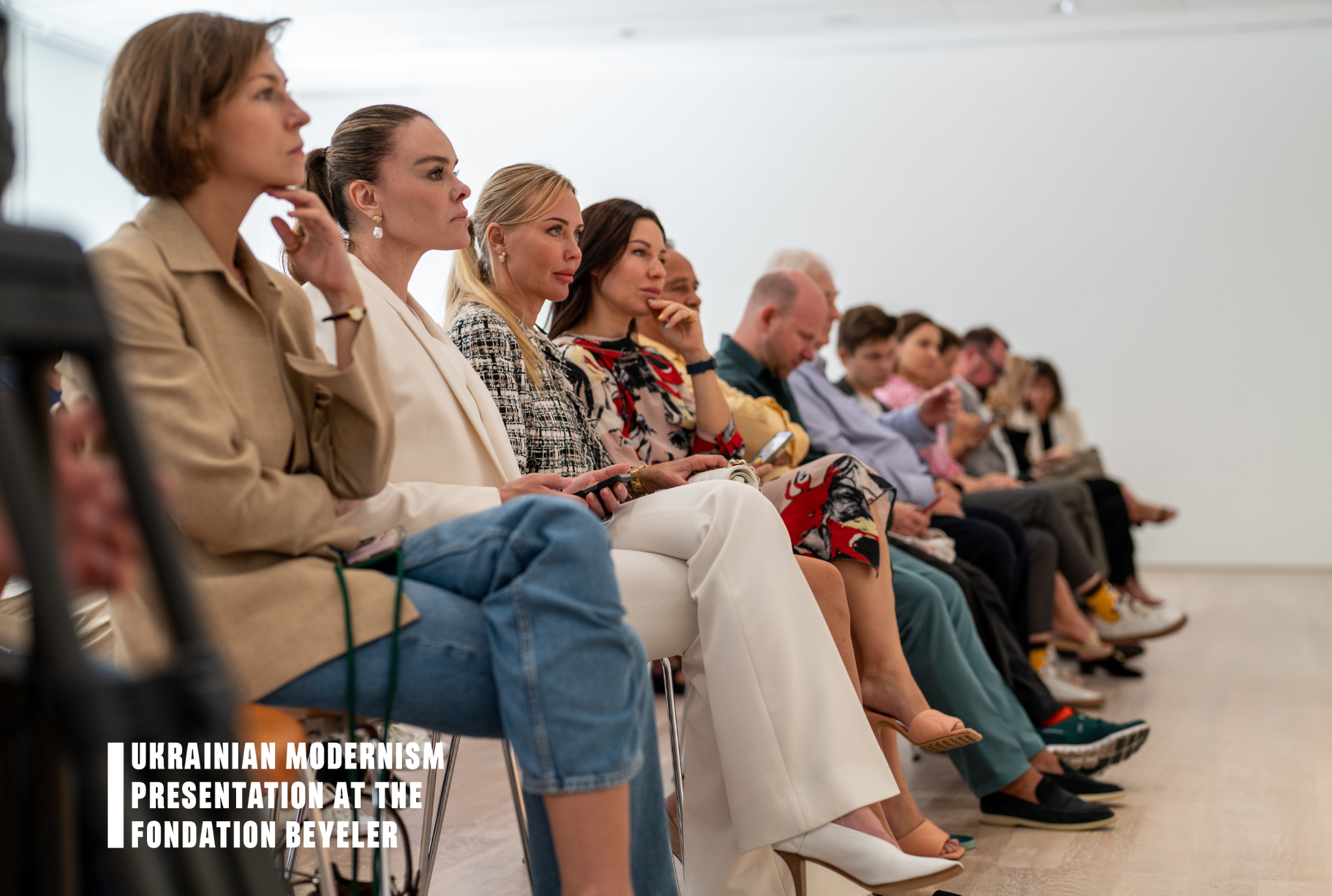 NFT art by Victor Sydorenko in the DAN.IT virtual space